Skip to content
Previous
Next
Published On: December 21st, 2016

50 million living in extreme poverty, where are we going?

The Trocadéro Human Rights Plaza in Paris is a historical site where the essential path towards the foundation of the guiding principles for all humanity and human rights remains intact.

It is not only the place where the United Nations adopted the Declaration of Human Rights in 1948, but it is also where Father Joseph Wresinski unveiled a commemorative stone on October 17, 1987, in the presence of 100,000 people, to acknowledge the lives and efforts of people living in extreme poverty and to ultimately eradicate the whole concept of poverty, thus improving the current human rights situation. 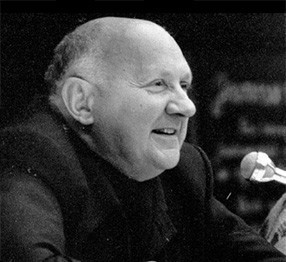 “WHEREVER MEN AND WOMEN ARE CONDEMNED TO LIVE IN EXTREME POVERTY, HUMAN RIGHTS ARE VIOLATED. TO COME TOGETHER TO ENSURE THAT THESE RIGHTS BE RESPECTED IS OUR SOLEMN DUTY.”

In 1992, 5 years after the commemorative stone was built, the UN declared that October 17th of each year would be recognized as the “International Day for the Eradication of Poverty” and urged for the involvement of all States regarding this issue, which continues to the present day. When the Millennium Development Goals (MDGs) were proclaimed in 2000, the first objective that was to be achieved was to ‘Eradicate Extreme Poverty and Hunger.’ The result was quite positive, in fact, between 1990 and 2015, the proportion of people whose income is less than $1.25 a day declined by more than half. (The MDG Report 2015)
As the MDGs came to a conclusion at the end of 2015, the UN committed itself to another overarching agenda, the Sustainable Development Goals (SDGs), in which the first goal is also ‘NO POVERTY’, thereby targeting the eradication of poverty in all its forms and dimensions.
Despite these galvanized goals, efforts, and resulting achievements made to meet the needs of the world’s poorest, today, 29 years after the International Day for the Eradication of Poverty was established, the world’s population living in poverty still exceeds 800 million. (2016 World Hunger and Poverty Facts and Statistics)
With the rapid growth of economic and technological development, eradicating poverty and hunger remains as the greatest challenge for the globe. 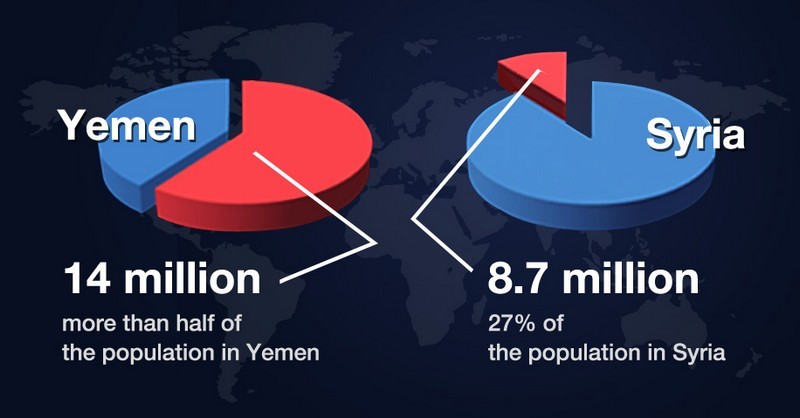 The Food and Agriculture Organization of the UN and the World Food Programme pointed out that the core cause of poverty is conflict and that the population living in poverty while being affected by conflict is 56 million globally. (The MDG Report 2015) Also, it indicates that in order to solve the dilemma that threatens human life as well as global food security. including the struggle with poverty and widespread occurrence of famine that the current and future generations are to experience, the fundamental cause must be resolved.

For example, among the countries exposed to poverty caused by conflicts, Yemen and Syria hold the highest ranks. These two countries have suffered continuous conflicts and civil wars. In Yemen, 14 million, more than half of the population, are living in poverty, while in Syria, 8.7 million Syrians, 27% of the population of the country, are facing the crisis of poverty caused by the ongoing conflict that has lasted for 5 years already. (World Food Programme)

Due to armed conflicts caused by diverse elements, such as negative historical sentiments, ethnic and religious disputes, and military and political relations with neighboring countries, the overall infrastructure of society is destroyed, resulting in direct effects on every aspect of peoples’ lives.

Furthermore, government that is stricken by long-term conflict is unable to provide and manage policies or legal systems for the people, who are then completely exposed to the unstable social structure and become surrounded by the barrier of poverty. International aid and support can alleviate the situation temporarily, however if it is utilized for the government fund rather than economic activities and the development of infrastructure, the conflict often rages on, leading to more severe poverty, and that poverty brings about conflict once again, resulting in a vicious cycle. In other words, the lack of an institutional strategy that ceases conflicts, in order to break the cycle, and its systematic implementation only increase the number of people living in poverty.

Compared to the over 7 billion people living in the world, those living in poverty, 56 million, appear to constitute only a small proportion, but that does not mean complacency is the answer. Unless these conflicts end, it seems impossible for this 8% of the population to be poverty-free. It has been shown that poverty and conflict are closely tied with each other, and since poverty is directly linked to human rights, just as Father Wresinski declared, we have now encountered a situation where seeking a prompt and complete solution for conflict is necessary.
In order to cut off the vicious cycle of poverty, an institutional framework is needed that blocks any actions leading down the path of conflict, and by extension poverty, and that legalizes peace to be enjoyed as a fundamental human right and creed. A proposed law in which all States agree to the gradual global cessation of armed conflicts and advocate for the practical implementation of such a legally binding instrument must be adopted.
The Declaration of Peace and Cessation of War (DPCW) suggests and advocates the following.
“Ensuring the acceptance of principles and the institution of methods, that  armed force should not be used, save in accordance with the limitations prescribed by international law, Reaffirming faith in fundamental human rights, in the dignity… and the promotion of social progress and better standards of life for people and future generations and the need to facilitate peaceful coexistence among the world’s religions, beliefs, and ethnicities.”

After conflict is ended through the governance of an international document, which has its principles based on the DPCW, peace can be realized. Although the consequences of conflict, poverty, starvation, and overall social affairs, are unlikely to be fully resolved immediately, if an international instrument that encompasses the entire international community continues to be a mere abstract idea, then the number of those who are exposed to poverty, in other words, those whose human rights are violated will continue to rise.

In order for the hearts of the 100,000 people who cried out for the eradication of poverty in Trocadéro 29 years ago and the enormous efforts of the UN and the international society towards the settlement of conflict to be realized even one day sooner, it is imperative to have the continuous interest and involvement of all citizens and world leaders regarding this international law on the cessation of armed conflicts and wars.