Skip to content
Previous
Next
Published On: December 23rd, 2016

After receiving inspiration from the WARP Summit 2016, the summit participants began to organize advocacy forums and signing campaigns in their respective countries to spread peace messages and to gather more peace supporters.

The advocacy forum held in Elite Plaza in Yerevan, Armenia on November 17th brought together a total of 62 figures including 6 political parties, social representatives, leaders of religion, women, and youth organizations to develop the environments for peace in the country as well as around the globe. To accomplish this, they focused on the question of why Armenia should support the DPCW.

Participants first shared about Armenian history, which left the people with a lingering sense of anxiety caused by the political and diplomatic instabilities starting from 900 BC. Reflecting upon the necessity of the implementation of an instrument that encompasses all nations, they then shared the principles of the DPCW which addresses the issue of conflict resolution based on preventing war-related behaviors, safeguarding religious and ethnic identities, and encouraging a culture of peace through international cooperation. 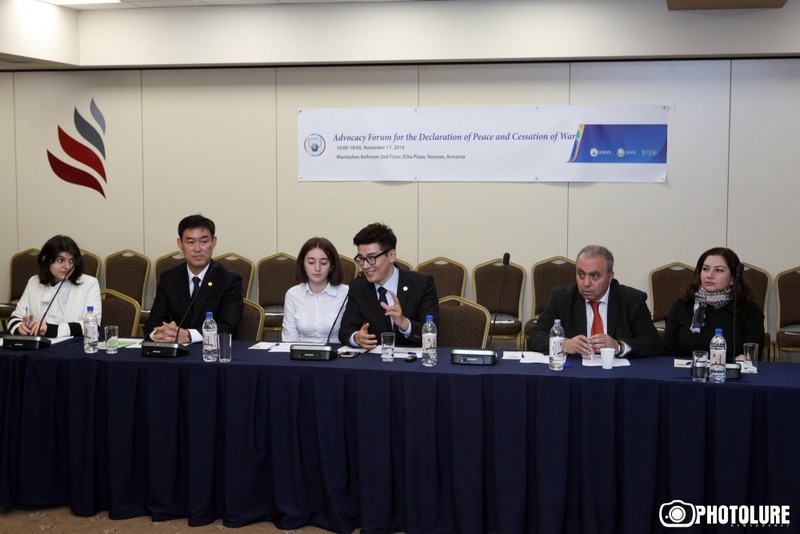 “The forum and discussion sessions went very well. It helped people’s understanding about the Declaration,’ and “the document fully corresponds to the wishes of Armenians.”

At the WARP Summit, he had said,

“The DPCW will be a good instrument against extremism, terrorism, war, and associations that will be a good base for the sustainability of peace. And together we should create a pressure on that to have this declaration law adopted by the UN.”

15 international press agencies have covered and broadcasted the Armenian advocacy forums through 17 different reports. One of the news companies also wrote that “The successive forum is already being organized which may open in mid-December with the follow-up measures of participants. HWPL expects more of this kind of forums in many nations, the organized movement by the figures who promised to take action when they go back to their own homeland.”