5th Annual Commemoration of the Declaration of World Peace

Resolving Conflicts and Spreading a Culture of Peace through the DPCW
: Realizing Peace on the Korean Peninsula

The 5th Annual Commemoration of the Declaration of World Peace was hosted on 25 May 2018 in Seoul, Korea and other cities around the globe. The 5th Annual Commemorative event was titled ‘Resolving Conflicts and Spreading a Culture of Peace through the Declaration of Peace and Cessation of War (DPCW)’. Various peace events for the commemoration were hosted mainly by member NGOs of the IPYG Network in 50 different countries. In particular, the event held in Seoul, Korea reflected the recent thawing of tensions on the Korean Peninsula and the outcome of the Inter-Korea Summit. It focused on calling for a citizen-led peace movement for the realization of peace on the Korean Peninsula through the implementation of the concepts laid out in the DPCW. 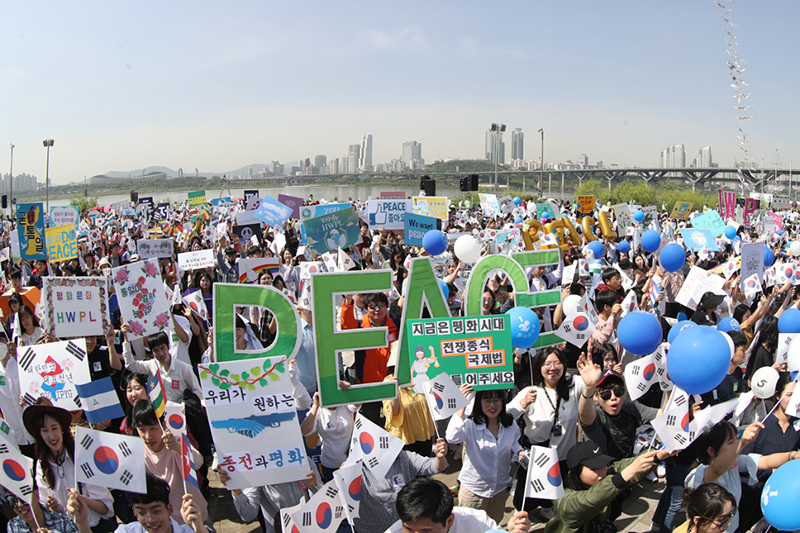 On 25 May 2013, HWPL proclaimed the “Declaration of World Peace” in front of 30,000 young adults at the Peace Gate in Seoul, Korea and subsequently launched a peace movement led by the public garnering support from various youth organizations. In working for the common goal of peace, the “Declaration of World Peace” urged for combined efforts from all members of society, calling for all individuals to work as peace messengers. It presented a goal of devising a legal instrument recognized by the international community for establishing peace and promoting the cessation of war and highlighted the leading role of the youth as the future leaders of society. This declaration was then further developed into a more concrete set of codes that became the 10 articles and 38 clauses of the DPCW.

Since that initial event, every year on May 25th, IPYG (International Peace Youth Group), an affiliate group of HWPL, mobilizes a worldwide network of youths who advocate for global peace in their respective communities through peace walks and various peace activities to commemorate the proclamation of the Declaration of World Peace.

At the core of the DPCW, which aims at building a world of peace, is the notion of a transition from the ‘rule of power (force)’ that is now existing within the current international order to the ‘rule of law’ that is based on universal values, including peaceful coexistence and respect for one another. 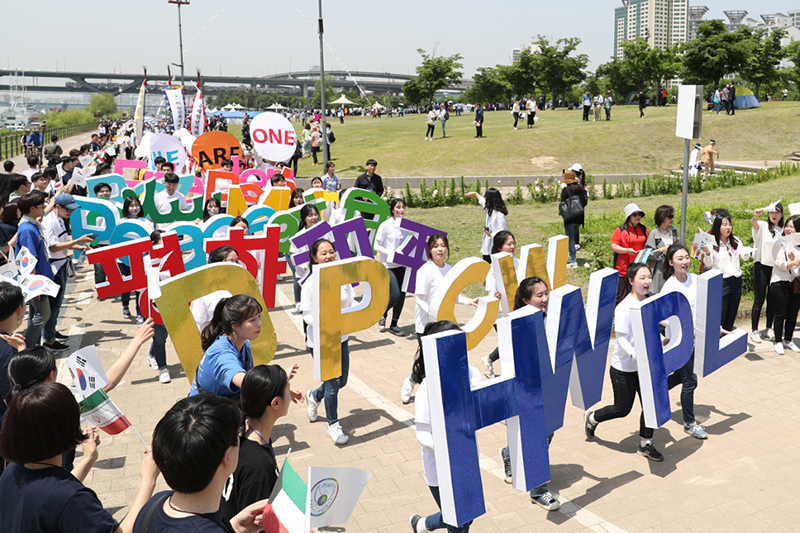 Article 5 “Self-determination” in the DPCW deals with an efficient approach to matters pertaining to state boundary related issues, such as independence and the prohibition of the annexation of any territorial unit. Since oftentimes it is states who draw the line between respecting and limiting the rights of an individual, the same concepts are applied to the relations between both states and peoples. In other words, the DPCW stipulates the principle of the right to self-determination as the international norm.

Recent developments, including the widening channels of discussion with neighboring countries, the hosting of the 2018 Pyeongchang Winter Olympics, and the Inter-Korea Summit, are changes that have heightened the expectations for governments and non-governmental organizations alike. With such current developments in mind, this year on May 25th, HWPL hosted the citizen-oriented peace campaign revolving around the values captured in Article 10 of the DPCW, “Spreading a Culture of Peace” and the slogan, “Every Global Citizen Must be a Peace Messenger”. HWPL will continue to promote the ideals of free travel and vibrant inter-Korean exchange, as well as lay the groundwork for reducing the risk of conflict and establishing global peace, so as to progress in terms of World Peace and Restoration of Light as reflected in the NGO’s name. 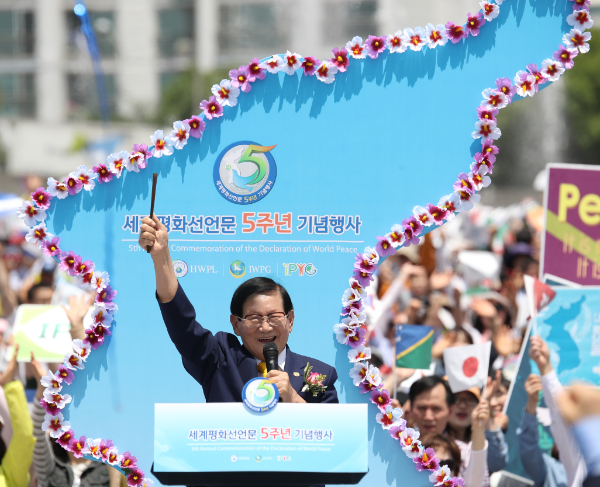 During the event, the Chairman of HWPL stated, “The world of peace can become a reality if people focused on the idea of peace itself rather than who would achieve it. For the sake of peace, let’s all become peace messengers as the global family of peace.” He also proclaimed “All world leaders must support the 10 Articles and 38 Clauses of the DPCW. If this world and all of the countries truly love their citizens, then they should all work together to establish an international law.” Through this, not only the citizens of Korea, but all people around the world were given this message to achieve the peace that is so desperately needed in this era.

In a congratulatory video message, Ms. Emma Theofelus, the SRC Secretary General of the University of Namibia, shared, “As a global citizen of this world, I hope to continue my efforts and play an important role in ending conflicts and achieving peace around the world. The current generation, along with the next generation, should together achieve this world of peace. Our species is at stake.”

The peace campaign that was first hosted in the world’s last divided nation, the Republic of Korea, soon spread to other locations around the globe, calling for an active role to be taken by citizens to break away from the past history of wars and build a new future of peace. States will also discuss efficient measures to be taken to apply the values contained in Articles 5 and 10 of the DPCW.