Skip to content
Previous
Next
Published On: May 22nd, 2018

On 24 March 2018 HWPL’s World Alliance of Religions’ Peace (WARP) Office held its first Intercontinental Online WARP Office Meeting. Since the initial establishment of the WARP Offices in November 2014, religious leaders who share the same passion for faith have gathered in different cities worldwide to conduct comparison dialogues regarding their various religious scriptures.

This year’s online meeting was especially meaningful because it allowed for religious leaders in different countries, transcending continental boundaries, who have been engaged in the same act of comparing scriptures to meet for the first time. The fact that an open channel of communication with the audience was implemented added greatly to the debate because it enabled them to participate directly in the discussions with the religious leaders.

The panels gathered in advance at a pre-meeting where they listened to the rules from the moderator and introduced themselves, creating a cheerful atmosphere. Even though it was the first time that the panels were meeting together, the bright atmosphere set the tone for the entire debate session. Despite a number of sharp and serious questions regarding their various religious doctrines, all religious leaders held the discussion with a serious intent to find the answer for establishing a peaceful environment. 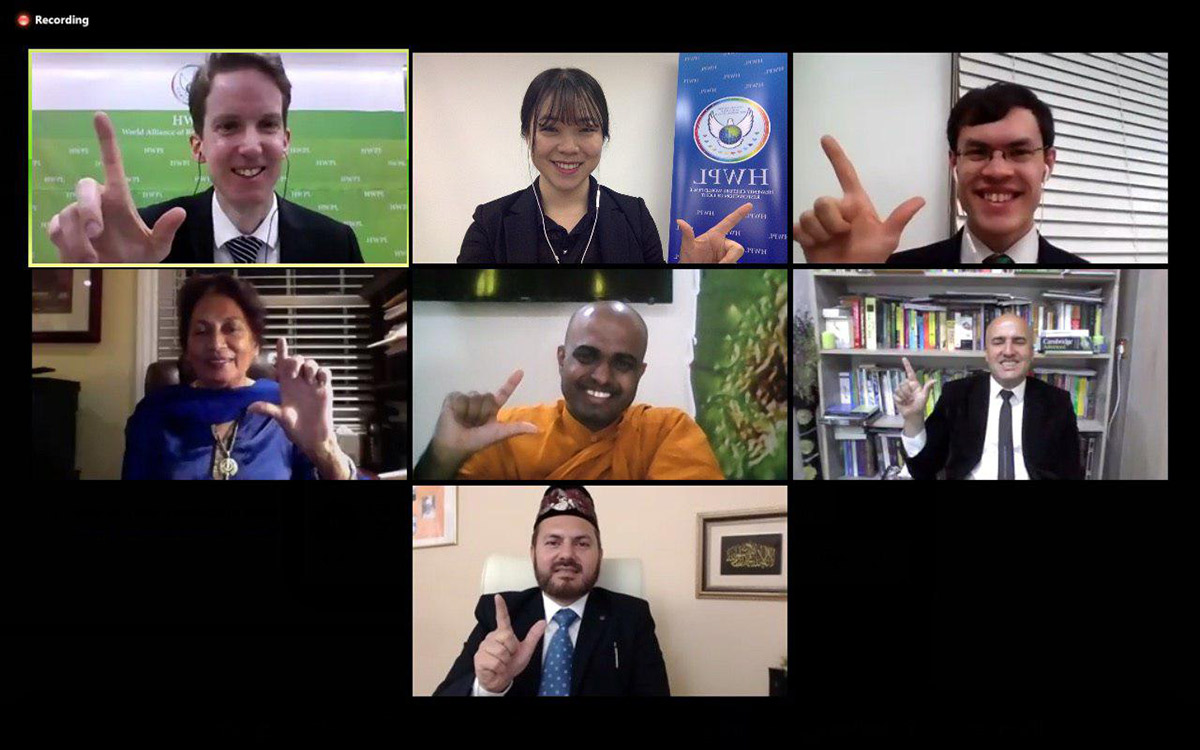 Mr. Aram Ali Majeed (Iraq / Sunni Islam) gave his religious viewpoint stating, “Regarding eliminating evil we should accept the truth that it’s not possible to eliminate evil totally. But we can reduce the problem of evils and encourage all of us and for religions to follow the truth and to follow the peaceful way, through coexistence. (2:256, Quran). There are also some verses to reduce evils. (11:114 Quran, 41:34, 56 Quran).”

Rev. Hum Bui (USA / CaoDai) began by explaining that “Cao Dai scriptures taught that everyone of us has the Supreme Being God, as well as the demon, in our heart. We need to read the teaching of God and remember that God has sent the demon under the form of wild beasts and you have God’s arm which is to fight against them.

Pastor Eldon Jones (USA / Protestantism) stated that “God intends us to correctly exercise the privilege of free will, the words guidance to exercise our free will which determines what spirit we follow. Are we following the true Spirit of God, the true word, or are we following a spirit of deception? So, it is discernment of the word we are following that manifests itself in either good or evil behavior.”

Mr. Yusuf Taiwo Lasisi (Nigeria / Sunni Islam) proposed that “The only way to decisively eliminate evil is to firmly reject the ways of Satan and adhere strictly to the guidance that has come from Allah in all that we do in our earthy life.”

We will hold a preliminary questionnaire to determine the topic of the next panel meeting through SNS. Also, we will establish more structures and systems that will be applied to the panels in order to allow them to speech in a fair manner and further deepen the discussions. The HWPL WARP Office will work to develop even greater meetings that will allow for comparisons of religious scriptures in order to create religious peace and harmony.

The 2nd Intercontinental WARP Office Online Meeting will be held on Saturday, June 9 spanning across two different time zones.
Please keep your eyes on the HWPL’s WARP Offices with much interest and support until the day when war is ceased on earth and peace is finally achieved. 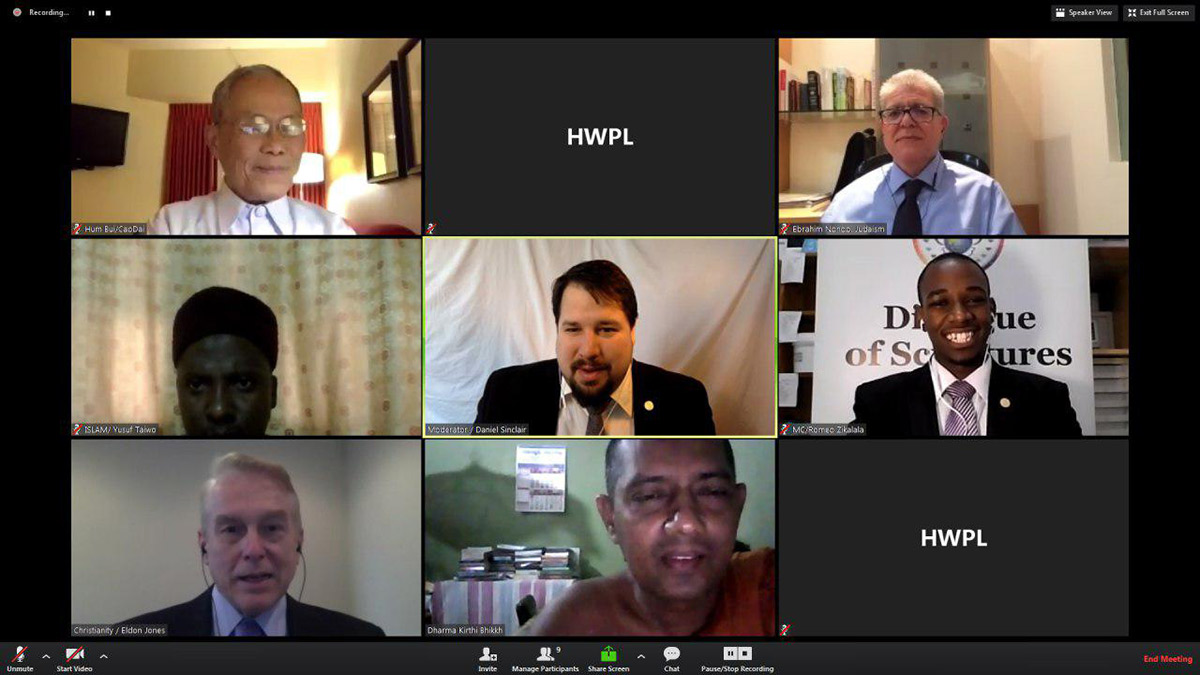