Recently, there has been a dramatic change in regards to peaceful communication and reconciliation between the two Koreas. As the end of the war was finally declared at the Summit Conference, people are slowly recognizing the value of peace and expectations for the peaceful reunification of the Korean Peninsula are growing. In response, HWPL’s volunteer group paid a special visit to the residents of Kumkang School, who are North Korean defectors currently living in South Ko

Kumkang School is a dormitory-style after-program alternative school designed to heal the pain and anxiety of the North Korean defectors as they transition from life in a third country, as well as allow them to discover their own true identities. The children of the North Korean defectors also receive a foundational education at the alternative school that acts as stepping stones which will allow them to then transfer to a nearby school in the future. The HWPL volunteer group has been visiting the Kumkang School for the purpose of providing direct assistance in the emotional recovery and academic development of the children of current residents.

Through art therapy and psychological counseling, the volunteer group helps the children to recover and maintain mental stability by giving them the opportunity to explain their own feelings and express them openly. Also, through various reading activities, the children are able to use negative words that they have heard or have been used against them as positive words. This allows students to both find peace within themselves and improve their learning ability. 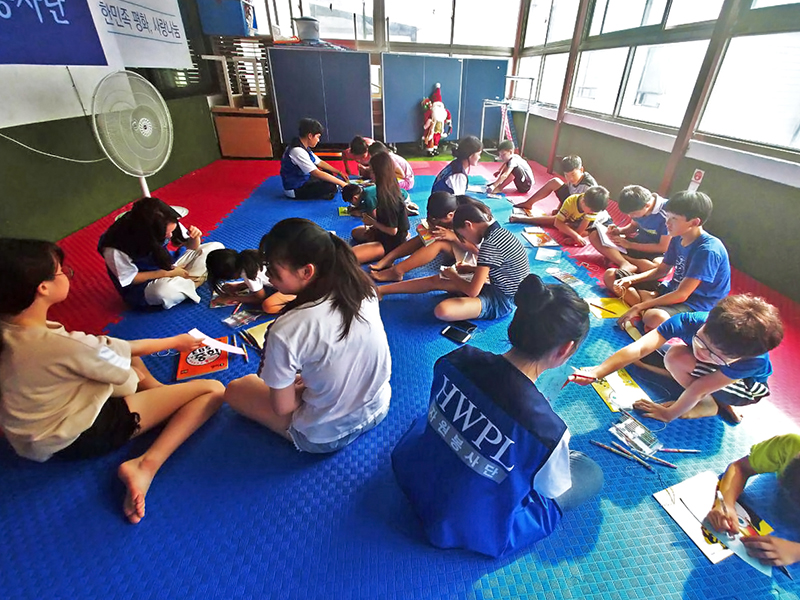 On September 1st of this year, the HWPL volunteer group, alongside the North Korean youth defectors, hosted a special program in order to celebrate the International Day of Peace, set on the 21st of September by the UN.

This program was divided into two separate parts. First, as part of the first segment of the program the HWPL volunteer group and the North Korean youth defectors prepared and presented a flowerpot as a gift to the local police officers who had been working hard for the security and safety of the residents of the Guro district in Seoul.

One police officer at the district office stated, “We are grateful for the valuable presents that the students of Kumkang School and the HWPL volunteer group have come all the way to the district office to give. We will work harder for the safety of the citizens”. 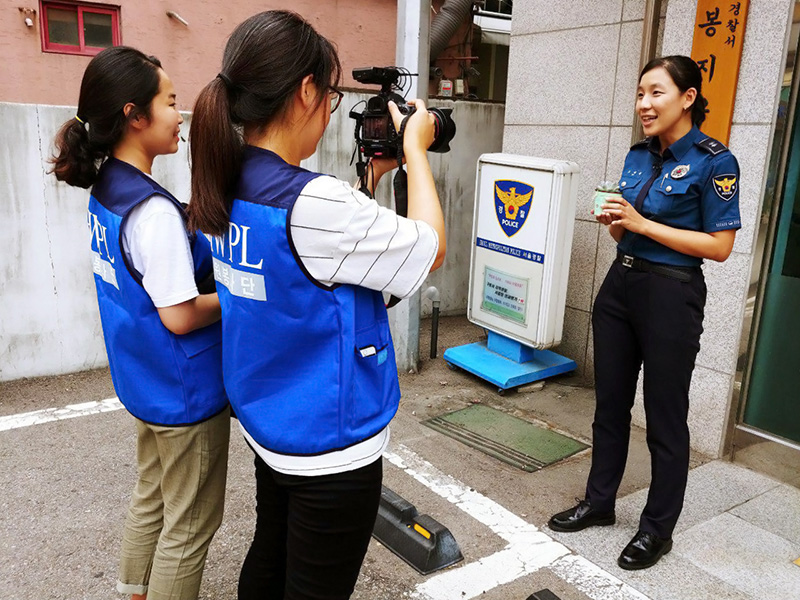 For the second part of the program the volunteer group and the students visited Eco-Island located in the Guro District. During this time at the arboretum they were able to take a moment to think about the meaning of peace while folding doves symbolizing peace and writing their own personal peace messages.

Some of these precious messages included hopeful sentiments, such as ‘I hope there is no longer any wars in which people die or get hurt’ and ‘I want to live happily without pain’.

One of the students from Kumkang School who participated in the activity stated, “I hope the HWPL volunteer group will visit us often. Above all, the best thing was being able to give the police the flowerpot that we had made by ourselves”.

One young adult who participated in the volunteer work expressed their opinion explaining, “I hope the students that are together with us now will no longer be hurt by discrimination due to differences, Also, I hope that the days of reunification and peace will come soon since the future of the students is our future as well”. 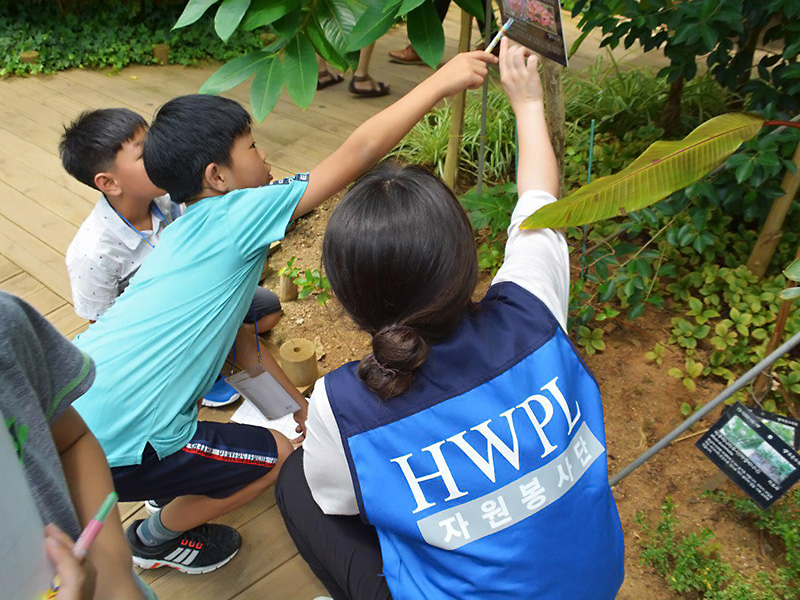 An official at the Kumkang School also explained, “When the HWPL volunteer staffs were busy working to serve the children, the children’s faces continuously brightened. They also became much brighter as the children were able to express their thoughts and minds during the art psychotherapy. I want to thank the HWPL volunteer group who continue to visit. I hope you will keep warming the hearts of the children and watching them change as you are doing now”.

It takes constant attention and effort in order to establish a stable and non-discriminatory environment in which the North Korean defectors can live. The HWPL volunteer group will continue to communicate with and promote a relationship with all of the residents so that all North Korean defectors and their children can live a happier life with a renewed hope in a brighter future.