Skip to content
Previous
Next
Published On: March 29th, 2019 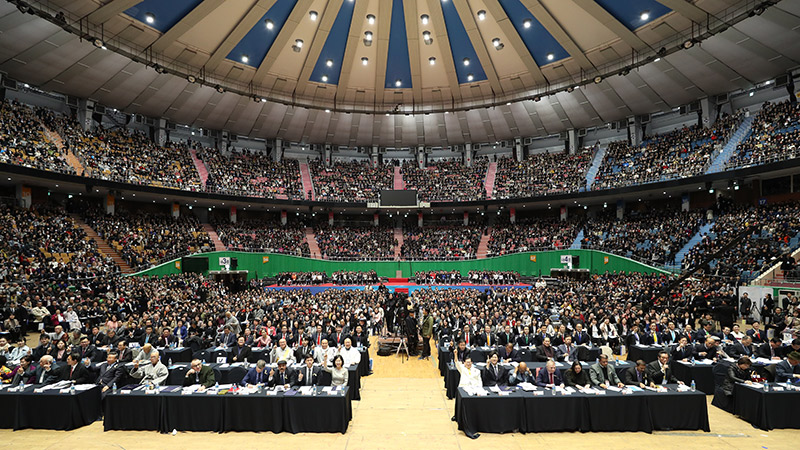 On 14 March 2019, the 3rd Annual Commemoration of the Declaration of Peace and Cessation of War (DPCW) was held in Seoul, South Korea. This event, which urged for the implementation of an international legal instrument for peace, was hosted by HWPL. Over 30,000 people including political leaders, religious leaders, heads of international organizations and NGOs, and the media were in attendance.

During the first portion of the event, HWPL shared the current status of the DPCW’s progress in regards to being submitted to the UN as a draft resolution. Following this presentation, the audience was given time to write their own peace letters urging for national support of the DPCW.

On the day of the event, HWPL also reported that the DPCW has now received state-level support from different nations such as Seychelles, Eswatini, and Comoros. In addition, on an international level, intergovernmental organizations such as the Central American Parliament, Pan-African Parliament, and International Centre for Black Sea-Baltic Studies and Consensus Practices are also showing their support for the DPCW by signing MOUs with HWPL.

The Peace Letter Campaign, which began with the youth, was also explained as it encourages all citizens to write handwritten letters in support of the DPCW to their heads of state. So, the letters written during the event will be sent to heads of state in 193 nations as a way to deliver the voices of all the people that came together and are shouting out for peace.

Chairwoman Hyun Sook Yoon of the International Women Peace Group (IWPG) stated, “As much as science has developed, so have the weapons of war, and they are threatening our lives in unimaginable ways”. She also added, “this is why we need a new international legal instrument that will prevent the root cause of wars as well as cease existing wars to sustain peace.”

Pravin Parekh, the President of the Confederation of Indian Bar emphasized that, “HWPL is able to move the civil society and instill a spirit of peace within everyone.” He also added to his message, “Because peace cannot be achieved only by leaders, the DPCW brings the civil society together in cooperation. By doing so, the civil society is able to do their role as the peacemakers, and are able to spread a culture of peace.”

In the 2nd half of the event, lectures were given on the topic of “Civil Society’s Role for Peaceful Unification of the Korean Peninsula”. The speakers emphasized the importance of the international community and civil society’s cooperation in creating peace in the Korean Peninsula according to the principles outlined in the DPCW, and urged everyone to become messengers of peace and work together to achieve peace. 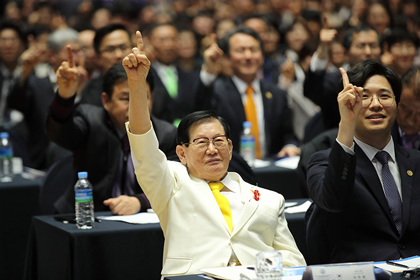 Chairman Man Hee Lee of HWPL re-emphasized the importance of advocacy by the citizens stating, “The reunification of Germany did not happen through political force, but through the power of its people. Some people say that military confrontation is the biggest obstacle in achieving peace and reunification. The DPCW clearly states that in order to achieve peace, we must stop using force. The DPCW contains principles that can guarantee peace in our era. If we urge our heads of state to support the DPCW, they will become protectors of peace. However, if they do not listen to the people’s voice, they will become opposers of peace.”

The DPCW, which was drafted by a group of international law experts, contains principles to achieve and sustain peace, such as the prohibition of the threat or use of force, development of friendly relations between states, and peaceful ways of conflict resolution. It also emphasizes international cooperation through the participation of the international community in encouraging religious dialogue and spreading a culture of peace.