Skip to content
Previous
Next
Published On: March 27th, 2019

Youth Leading the Movement for Peace on the Korean Peninsula

IPYG members from the Incheon branch, together with approximately 700 participants, gathered in Incheon Bupyeong Station Square. The musical performance ‘Remembering that Day’, which was held at the venue on that day, conveyed the sincere hearts of the patriots from 100 years ago who eagerly longed for independence and peace. In addition, the Seoul, Jeonnam, and Gangwon branches also expressed their desire for peaceful unification through various performances, such as a mass game shaped into the image of the Korean Peninsula and a parade, to become one with the citizens. 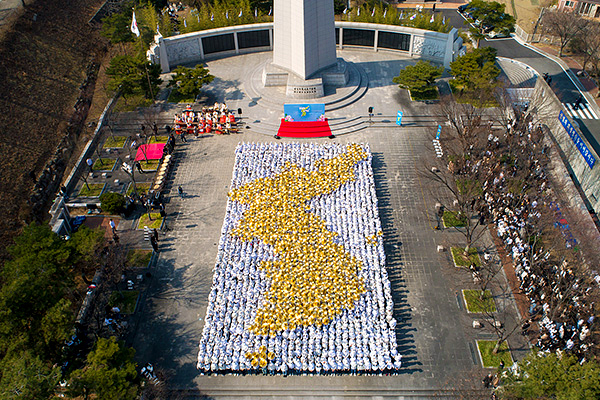 Mr. Young Min Chung, the General Director of IPYG expressed the message that “Peace on the Korean Peninsula has the absolute goal of bringing unification for all citizens of both North and South Korea. If denuclearization is the urgent task meant to resolve the current global security problem, then the unification of the Korean Peninsula, through the realization of self-determination pursued by the international community, will be an important milestone in achieving permanent peace and stability on not only the Korean Peninsula but also around the world.” 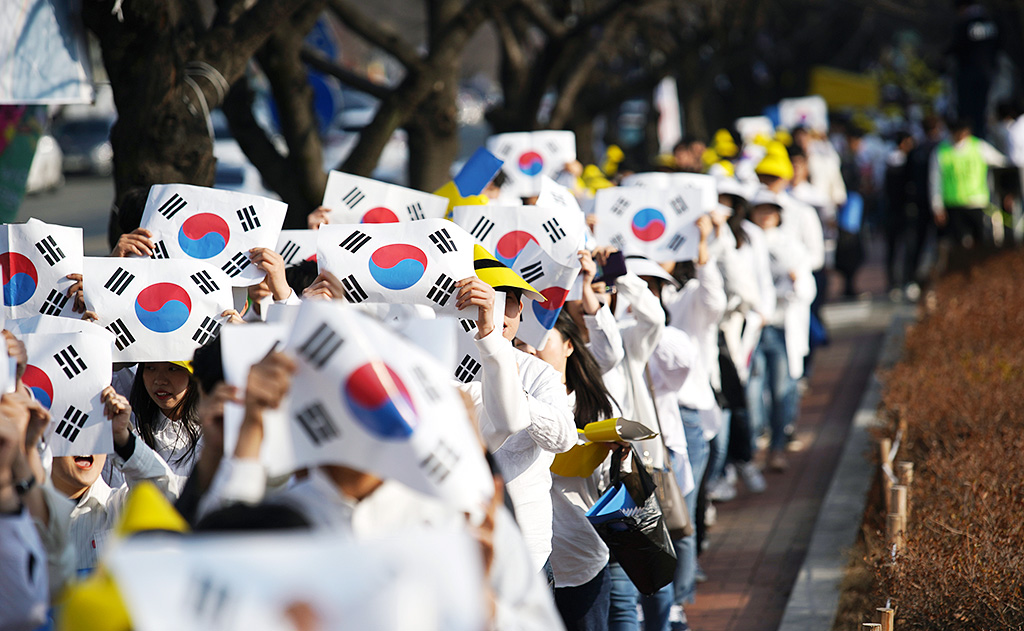 Many young people have become the messengers of peace in this era to quickly bring forth the spring of peace. The Peace Letter Campaign, which began in the Republic of Korea, with its commitment for peace has now spread all over the world. The Peace Letter Campaign is a youth-led campaign to write letters to the leaders of different countries containing the sincere heart of the youth calling for the need for a culture of peace and education to support the establishment of a legal framework to prevent wars and conflicts. The values of peace and spirit of this campaign are based on the Declaration of Peace and Cessation of War (DPCW).

The DPCW is a declaration proclaimed by an elite group of 19 international law experts that consists of 10 articles and 38 clauses including the prohibition of the use of force, maintaining friendly relations, dispute settlement, and spreading a culture of peace. The DPCW is currently in the process of being developed into a legally binding document and has gained the support of the international community, including the Central American Parliament, the Pan-African Parliament, which is the legislative body of the African Union, and the International Centre for Black Sea-Baltic Studies and Consensus Practices consisting of former heads of state in Eastern Europe.

The youth of IPYG are continuously implementing groundbreaking peace campaigns with the mission to bring peaceful unification to the Korean Peninsula, end war and achieve world peace. Among them, the Peace Letter Campaign has produced video letters to all the leaders of the world, urging them to reply to the letters written by over one million people from about 176 countries. In addition, the youth are urging government and civil society to participate in this campaign and are crying out that it is time to throw away the incorrect ways of the past and open a new spring of peace. 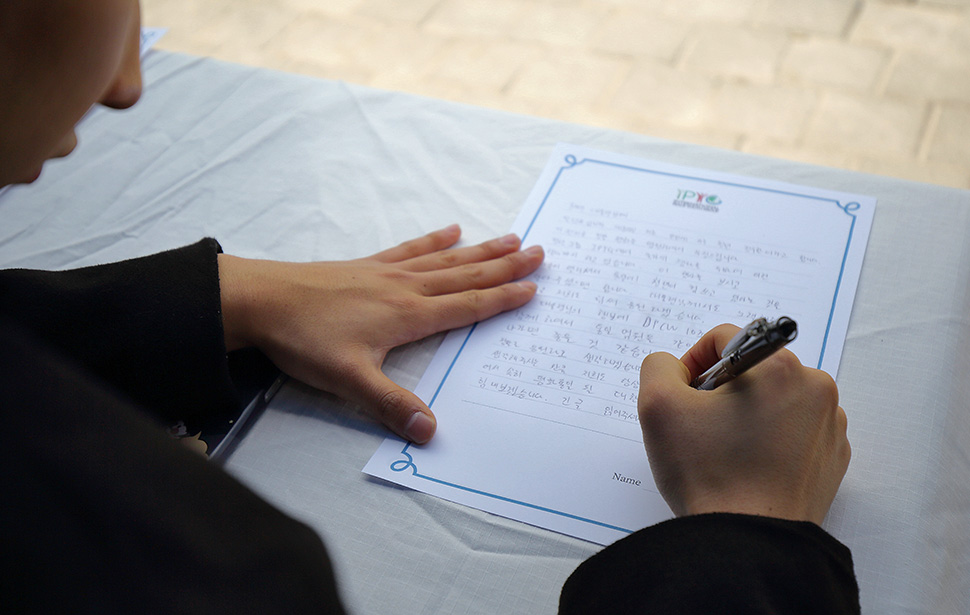 On 1 March 1919, nothing could stop the noble youth who sacrificed their lives for justice, human rights, and to protect their nation even in the midst of horrible and grim circumstances. Today, the peace letters that contain the fervent passion for peace and creativity of the youth are part of a peaceful demonstration without the need for armed conflict, similar to the events of the March 1st Movement. If the messages contained in the peace letters become a cry for peace, in the same way the youth raised their voices 100 years ago, that spreads all over the world to awaken the spirit of peace in the hearts of all global citizens, we can look forward to a new era of peace that will bloom in the near future.