Skip to content
Previous
Next
Published On: April 30th, 2022

HWPL Daegu Gyeongbuk Branch held the 1st Peace Lecture online and invited Mr. Ahn Hyung Jun, the Branch Manager of Vietnam War Veteran Committee, Daegu Branch, Korea. Mr. Ahn gave a lecture on the sacrifice of Vietnam war veterans and the necessity and value of HWPL’s peace activities under the title of “The Beginning of the Republic of Korea.” 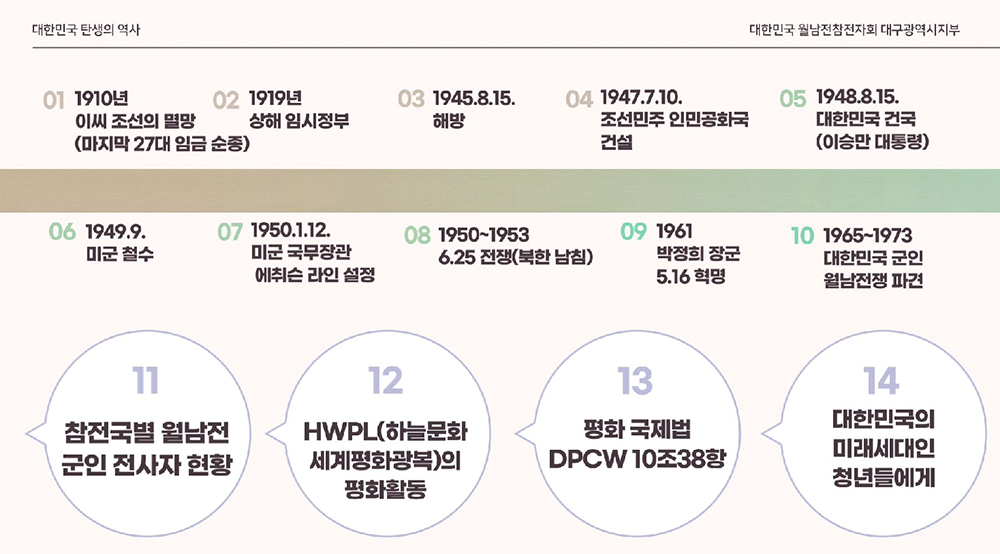 He vividly described the devastation he faced during the Vietnam war and emphasized the importance of peace and peace activities.

He explained how his heart broke for mothers who had to send their children to war without knowing if they would come back dead or alive by saying, “Even during the war, my homesickness and thoughts of my mother made me reflect back on the times before the war. When I had cut my hair, fingernails, and toenails and submit them in an envelope, I thought these were going to be my remains. Wouldn’t you have cried if your fear of war and the battleground made you feel like you were like a cow being taken to the slaughterhouse?” 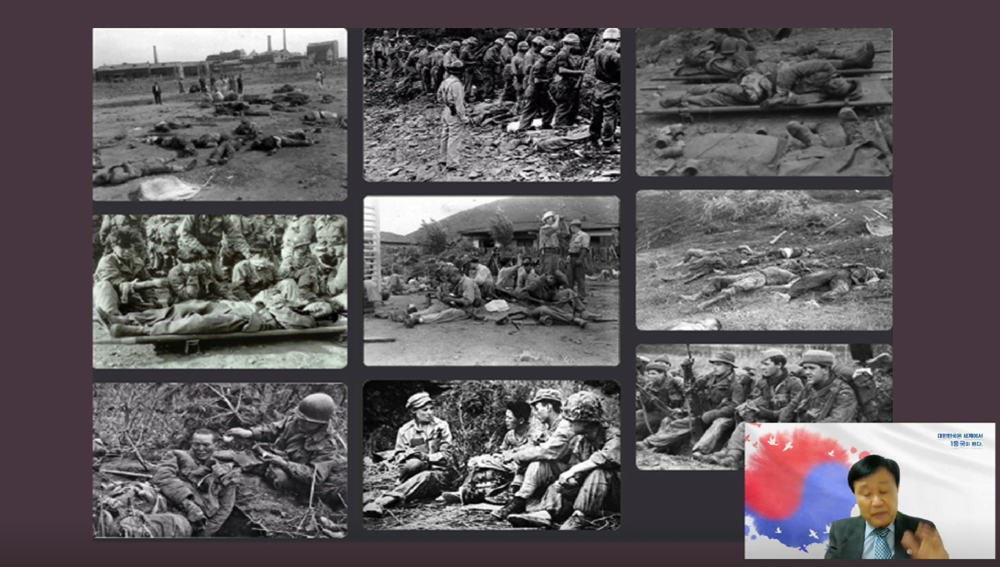 He vividly described the horrors of the war by adding, “As soon as we arrived, the sounds of flares and cannons shook our hearts. We were assigned to troops where we put on bulletproof vests, wore two grenades, live ammunition, and bullets on our chest and carried out operations through the jungle wearing steel caps. In the hot jungle, we drank the dirty water that filled the bomb pits after pouring in anti-typhoid medicine. At the time, we didn’t know that the water was a 3,000-fold malign dioxin herbicide, a deciduous cyanide to kill the jungle and the trees. We put this water all over our body to keep the mosquitoes away.” He also said, “I can still hear the voices of my comrades in heaven calling out for their mothers, and asking us who are still alive to avenge their deaths.”

He explained, “The living have an obligation to find the honor of the dead, and that is veteranship.” He has raised his voice to the government and to the public about the pain of his comrades who lost their lives in the war in their 20s, defoliant victims, and those still suffering from defoliant who have still not been properly compensated for their participation in the Vietnam war which lasted for 8 years and 8 months starting 1965. This is because the government and the people are not well aware of this fact. 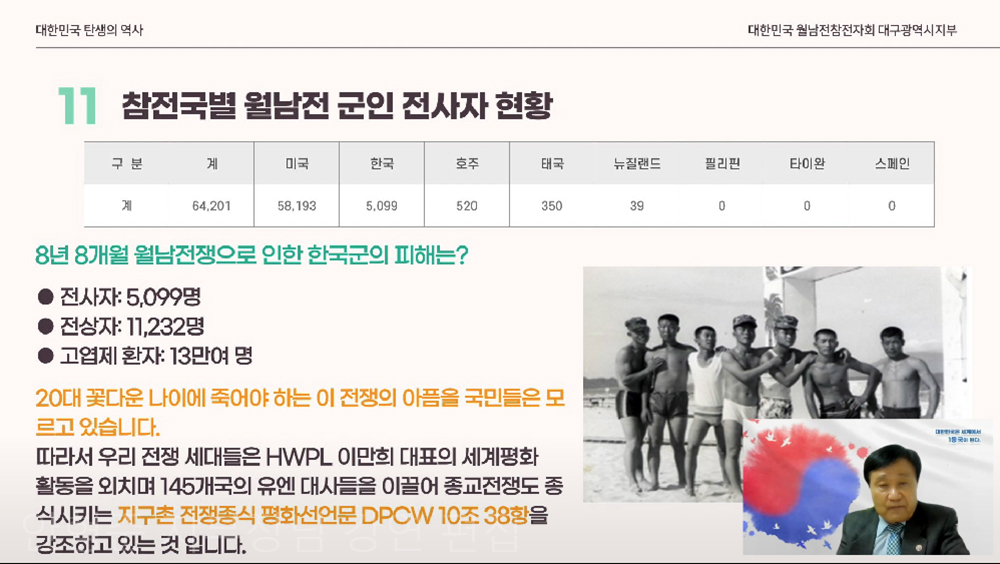 Mr. Ahn, who is well-familiar with the horrors and pains of wars, emphasized that we must remember the importance of HWPL Chairman Lee Man-hee’s message for cessation of war and world peace and his peace works, as Chairman Lee is also a veteran who personally fought in the Korean War. He said that the 10 articles and the 38 clauses of the Declaration of Peace and Cessation of War (DPCW) must be submitted to the UN as it is a groundbreaking legal document that will end wars and create peace and urged that everyone should participate in HWPL’s peace activities because there should be no more wars and war-related horrors on this earth.

Lastly, he said to the youth of the Republic of Korea that, “The Republic of Korea was born through the blood, sweat and sacrifices of the those who came before us. You are blessed because you were born as a citizen of Korea” and that they should never forget the noble mentality of those who protected peace by even going to war and always remember the necessity and value of HWPL’s peace activities.