Skip to content
Previous
Next
Published On: March 12th, 2018

Footprints of the 26th Peace Tour at a Glance_ Part II

Establishment of the HWPL Malaysia Branch

HWPL, together with the IWPG, held the inauguration ceremony for the HWPL Malaysia branch and the IWPG Malaysia branch on 31 January at the University of Malaya, in Kuala Lumpur, Malaysia. 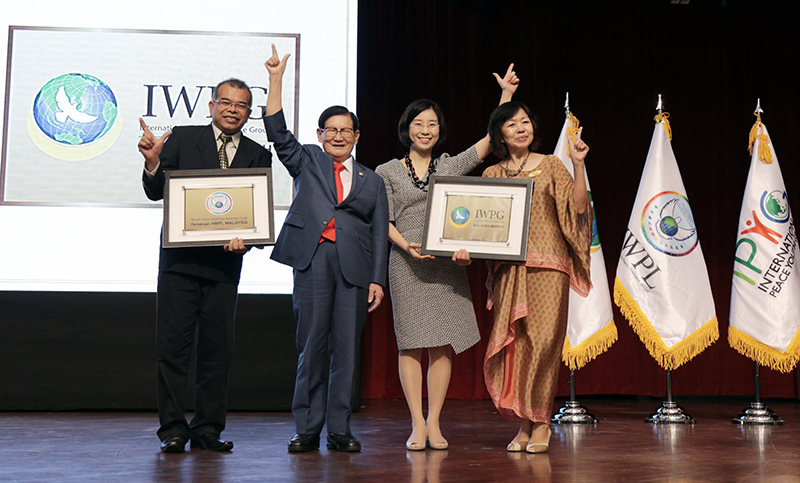 “I am so pleased HWPL has been registered by the Government of Malaysia. From now on, I will actively contribute by doing diverse peace projects including peace campaigns urging for the implementation of the DPCW. We cannot and should not take peace for granted, we have to work for it, we have to preserve it and keep it for the future generations,” explained Mr. Ghani Bin Ibrahim, Chairperson of the HWPL Malaysia branch.

HWPL’s Malaysia branch also presented its plans for the future. First, it plans to work with the government to advocate for peace education and the DPCW. Secondly it has resolved to work with civil societies and education institutions to implement activities and campaigns, walking step by step with HWPL HQ. Finally, it will work to establish both short- and long-term peace projects and programs from a grassroots level.

More specifically, the yearly plan for 2018 of the HWPL Malaysia branch includes a campaign for the enactment of the principles of the DPCW of HWPL as an international law through the opening of peace clubs in each university starting from International Islamic University Malaysia with cooperation from the law schools. Every three months the members of the peace clubs will plan to gather and have a group discussion regarding further activities related to the DPCW.

On January 26th, an interfaith dialogue for peace building in the name of the World Alliance of Religions’ Peace Office (WARP Office) was held at University of Makati in Metro Manila to promote understanding among religions and the peace activities of religious leaders. A total of 1,300 participants including religious representatives from Christianity and Islam and students from the University of Makati joined the event.

Rev. Acharya Prem Shankaranand Tirth, the Hindu High Priest of Shree Gita Ashram, explained, “I had very clear ideas regarding the boundaries of religion, but while I participated in the WARP offices, I realized that the names of god in each religion are different, but they have something in common: what God wanted to teach us was love and peace.”

“Religious individuals should love and respect others in the same way they love themselves. I would like to ask what kind of God the religious leader who attempts to force religious conversion believes in and what doctrine he is practicing. Religious leaders should not try to exclude different religions, but they should work together in harmony and do good in society,” he added regarding coercive conversion leading to the recent murder case in the Republic of Korea. 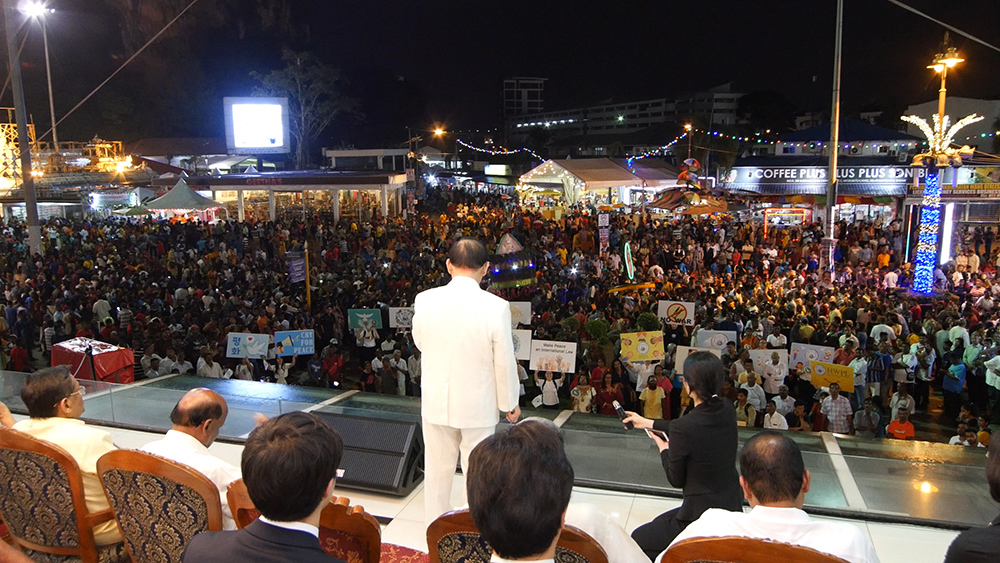 On January 31st the Conference for Interfaith Harmony was held at the University of Malaya in Kuala Lumpur and was attended by 120 representatives and believers from Hinduism, Islam, Buddhism, Sikhism, and Taoism. Following this, on February 1st in Myanmar the HWPL Religious Leaders’ Conference was held and around 600 individuals from religious and women’s groups, including religious leaders, participated.

On the same day, during an exclusive interview with MNA, a national news agency of Myanmar, HWPL’s Chairman Man Hee Lee explained about the meaning of the opening of the HWPL Religious Leader’s Conference, “We have the Peace Conference today in Myanmar because it is important to have conversation and dialogue between different religions in Myanmar where different faiths live together. Today in Myanmar we hope that this peace and cessation of the war in the world is the big-picture goal of everything we do.”

Among the religious events that were held during this peace tour in particular, HWPL presented about and urged for a statement by religious leaders regarding the freedom of religion and human rights.

Mr. John Rommel Garces, General Director of the HWPL Philippine Branch, said, “For world peace, there is an increase in the suppression of distorted reports by some religious leaders of the Republic of Korea concerning HWPL, which is cooperating with religious leaders around the world without any distinction of religion. Thus, HWPL has issued a statement to further strengthen peace, the freedom of religion and human rights.” 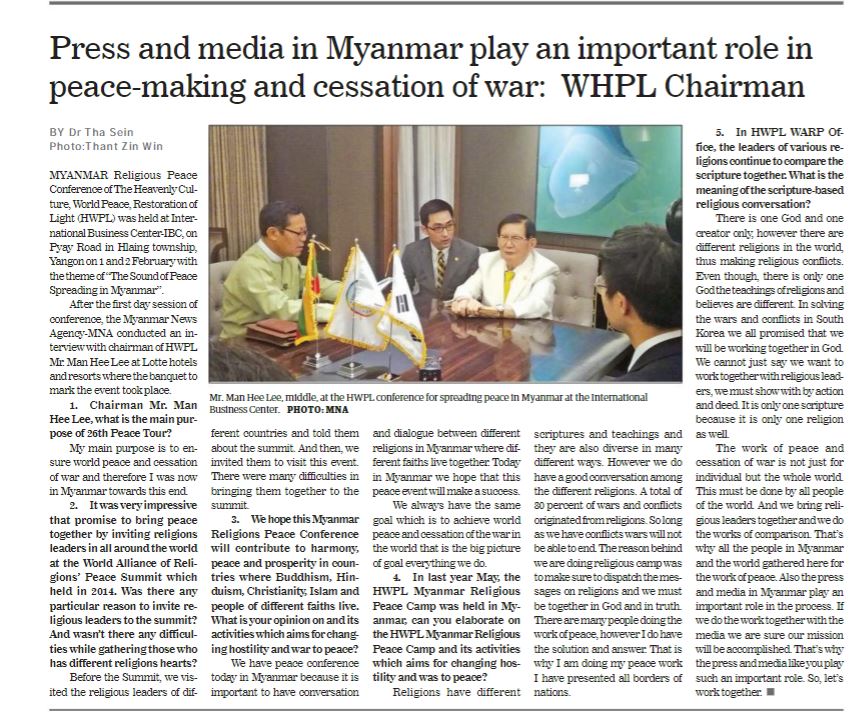 On February 2nd in Yangon, Myanmar an international law seminar was held and attended by 130 government figures and lawyers, all aiming to seek effective ways to urge for the development of the DPCW and its enactment as a domestic document in Myanmar in the future. 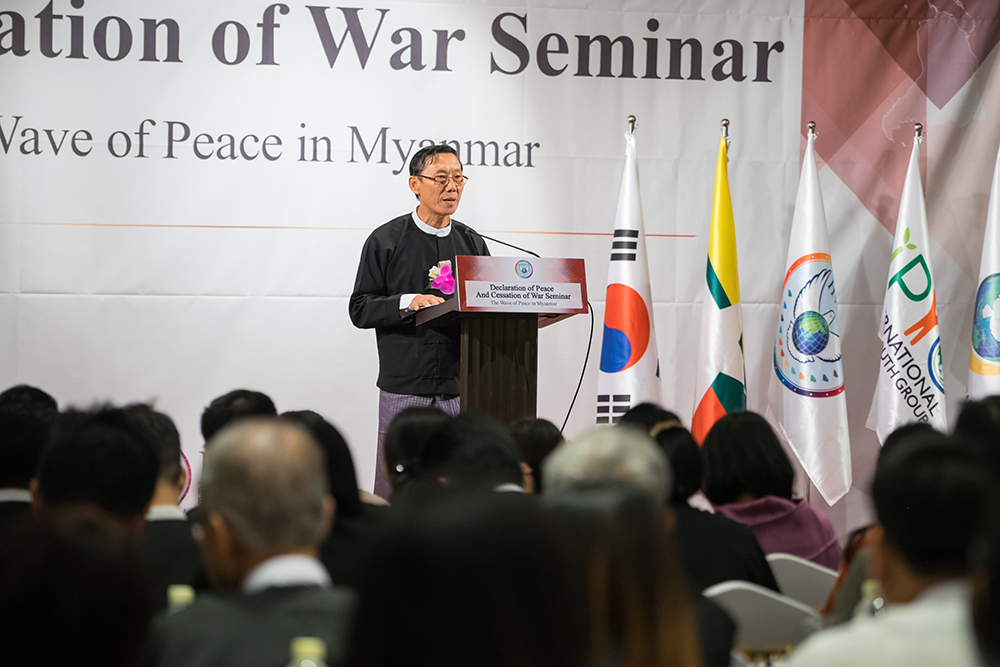 U Shein, the founding president of Happy, Healthy and Helping Society gave her support by saying, “The DPCW, which was written by HWPL consists of 10 articles. It has many similarities with the constitution of Myanmar, which consists of 7 articles. This declaration is essential for Myanmar and needs to be supported.”

On the same day, about 350 young students gathered together to support the realization and introduction of peace education in Myanmar. The Deputy Director General of the Department of Higher Education and 10 representatives from different colleges and universities also participated in this event. The purpose for which this event was held was to lay the foundation for the application of peace education in the education field in Myanmar with a fundamental level of education that transcends any religion or ideology.