Launching of the ‘Solidarity of Religions’ Peace Committee’

The newly established committee that was officially introduced as part of the 4th Annual Commemoration of the WARP Summit will play three main roles. These include attending a panel review of the World Alliance of Religions’ Peace (WARP) Offices, actively promoting and engaging in the PR activities of the WARP Offices, and holding a meeting with the Solidarity of Religions’ Peace Committee members to discuss various peace projects. 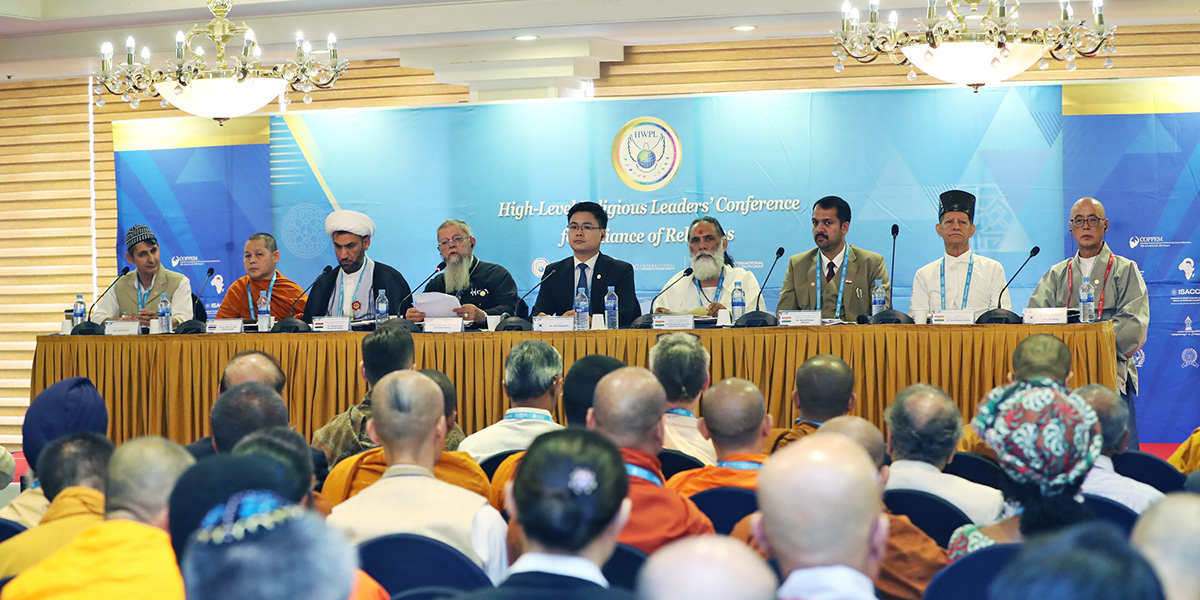 Above all, members of the committee all agreed that they should set an example for others regarding active work towards the achievement of peace because they are in a leadership position and have the ability to guide many religious people. At the conference, the Alliance of Religions’ Peace Committee discussed its responsibility and role in bringing peace to the world alongside approximately 100 high-level religious leaders from around the globe.

High-level religious leaders at the meeting also made a pledge with the Solidarity of Religions’ Peace Committee to announce and implement plans for spreading the culture of finding a trustworthy scripture. In addition, specific discussions were held to form an integrated peace network between religious leaders.

They also promised to take on the role of guiding peace on the basis of the scriptures of each religion. High-level religious leaders promised that they will actively network with each other and work to lead HWPL’s religious peace project.

The Solidarity of Religions’ Peace Committee decided to provide an objective basis for comparing trustworthy scriptures at the WARP offices, which will become the center of such networks. They also plan to work together as a review panel for the production of booklets that deal with the results of the search for a trustworthy scripture through the comparison meetings, which would be based on the experiences and expertise of each member.

The committee and other high-level religious leaders agreed to promote and encourage more religions and faith communities to participate in various activities and programs to promote peace among religions such as HWPL’s religious peace camps. One way to bring the hearts of the world’s religions together is to take on the role of a peace leader and transform the world, which has been deeply scarred by war, into a world of peace. 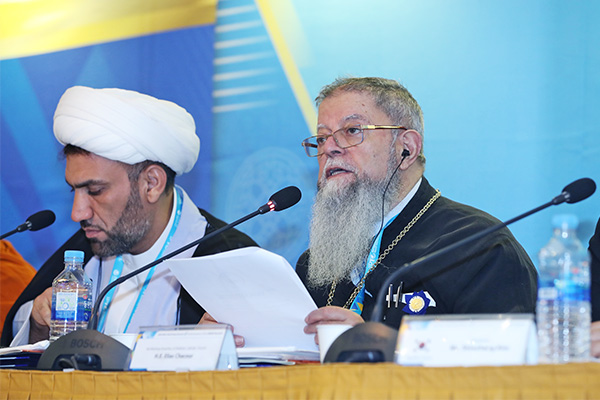 H.E. Elias Chacour, Archbishop Emeritus of Melkite Catholic Church, pointed out that the reason for the lack of religious unity was that people avoided comparing or assessing the scriptures of each religion respectively. He said “Unless religious leaders cooperate to promote and spread the WARP Office [meetings] and help increase the culture of religious peace and searching for a trustworthy scripture, there is no way to cooperate together. So, all religious leaders who love peace should participate in the WARP Office and build cooperation with leaders of different faiths.” 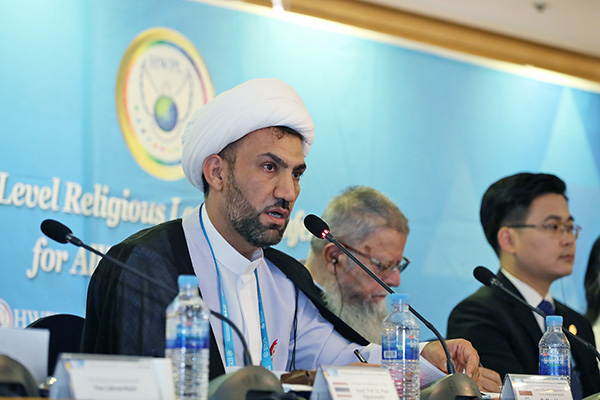 H.E. Mohammad Al-Yaqoobi, Grand Ayatollah of Office of the Religious Reference Sheikh Mohammad Al Yaqoobi, said he learned many things from activities such as the HWPL Religious Youth Peace Camp: “HWPL is forming a global religious peace movement and increasing number of influential religious leaders are now going beyond their traditional roles and work as peace messenger with HWPL. Citizens and youth also co-operating with HWPL’s religious peace work, making conflict transformation activities based on inter-religious and inter-cultural learning. I strongly believe this innovative initiative has stirred up discussions among leaders of various faiths and will becoming a way to create a bridge between religions in all areas of the globe.” 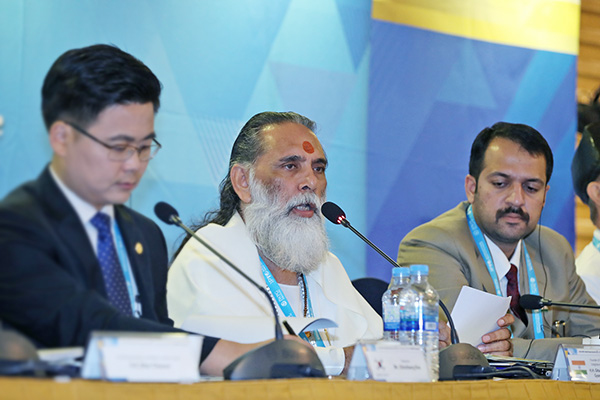 H.H. Gita Manishi Swami Shri Gyananand Ji maharaj, Global Inspiration and Enlightenment Organization Gita, stated “The results of the four years of World Alliance of Religions’ Peace(WARP) Office meeting, are now in book form. This booklet is about the fundamental questions that religion should answer to humanities. People will have answers based on each teaching of scripture, which is the most correct way to know about each religion. This booklet, Results of the Search for a Trustworthy Scripture, will reveal which scripture gives most credible evidences to believe and follow.”

In the discussions that followed in the session, high-level religious leaders agreed that more such gatherings should be held, saying that HWPL is practicing harmony between religions through WARP offices. In addition, they said that the booklets that deal with the results of the search for a trustworthy scripture will play a big role in resolving disputes between religions as well as human rights violations. It also announced plans to actively promote peaceful activities of religious people through the press.

Harmony between religions, which is being formed by the efforts of high-level religious leaders around the world, is steadily spreading throughout the world. The religion may be different, but the purpose and mission of all people of faith is to contribute to the happiness, prosperity and peace of mankind. The active harmony of religious leaders and the realization of peace will continue to serve as momentum for the global community to achieve peace more effectively. 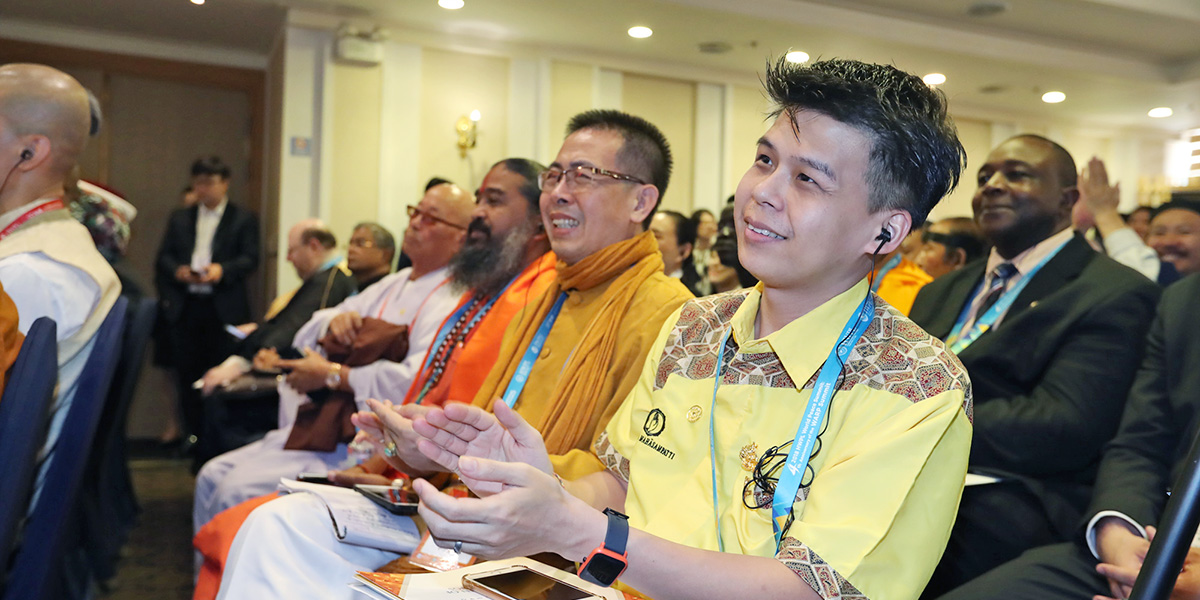