The Realization of Peace seen in the Peace Parade

The world of peace that humanity has long been hoping for became a reality during the Peace Parade on September 18th as part of the Peace Festival for the 2018 HWPL World Peace Summit: 4th Anniversary of the WARP Summit held in Seoul, South Korea. Participants couldn’t believe what they were witnessing as the true culture of peace that they have been working for and dreaming of all these years could be seen right before their very eyes. Many had to pinch themselves to ensure that they were not dreaming because the scenes before them were far beyond their expectations. 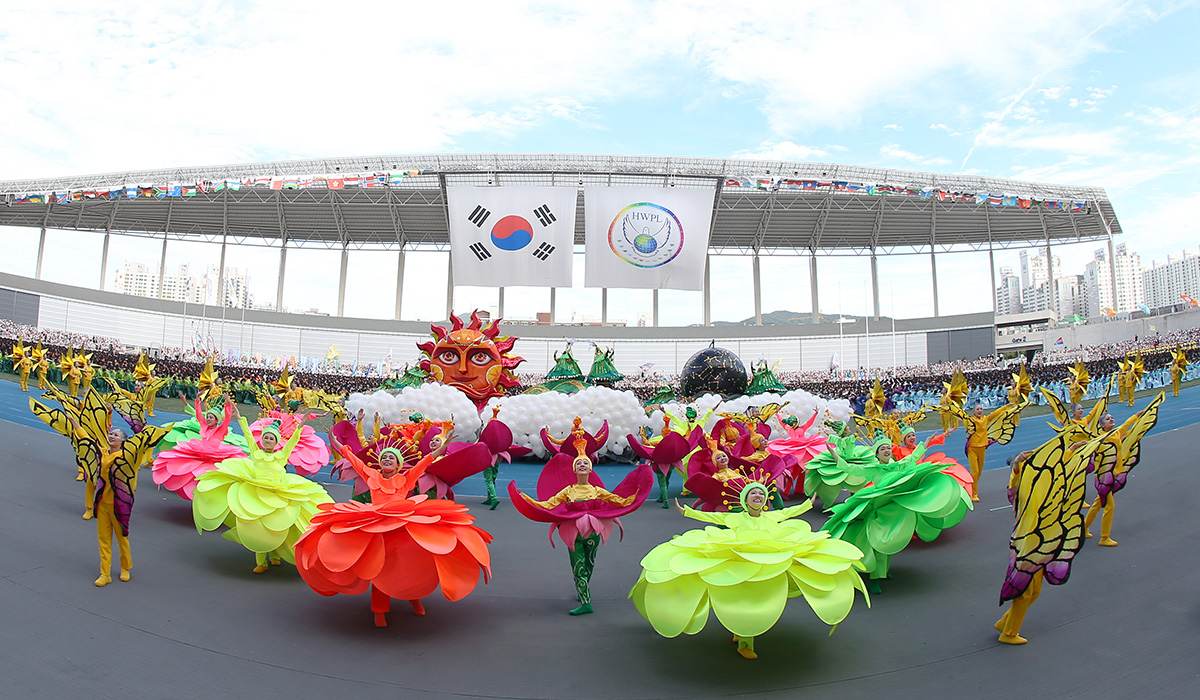 All creation danced together in celebration of the achievement of peace as the hearts of all audience members became one in an instant with the start of the parade. Under the slogan of “Heavenly Culture on Earth, Onward to a World of Lasting Peace!”, this year’s parade truly captured the very essence of heavenly culture, which has the ability to bring the world together under peace. Participants were able to catch a glimpse of the beauty of the future world of peace as the trumpet sounded, announcing the opening of a new era. 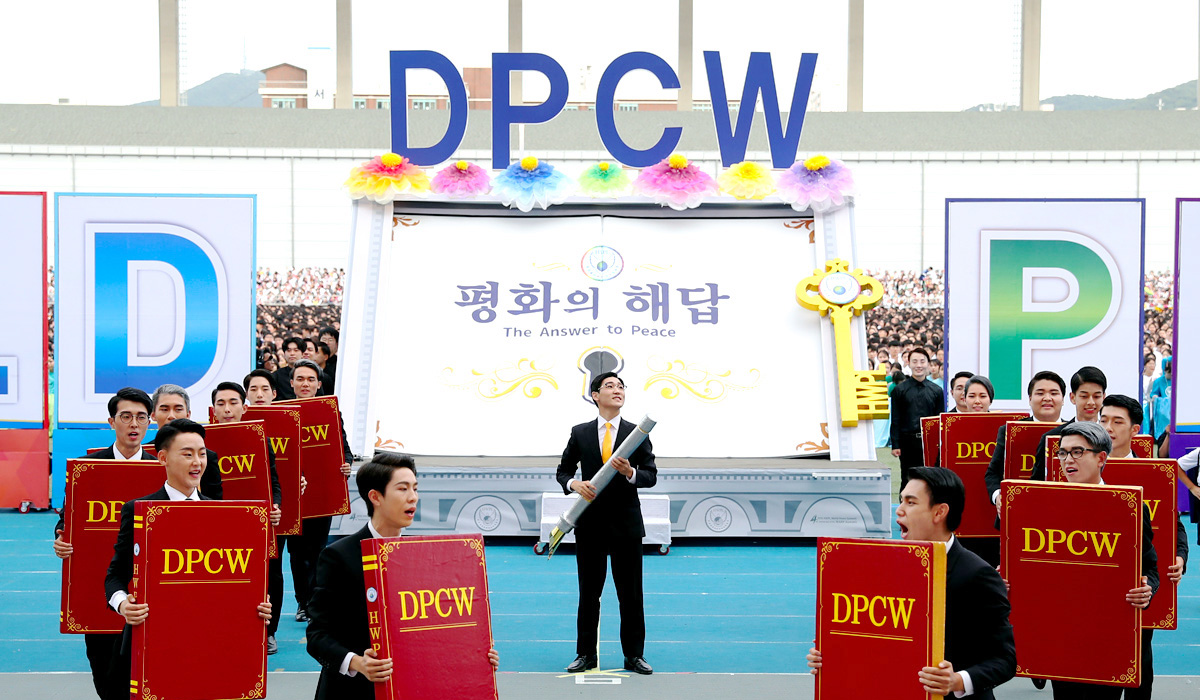 From that point on, all in attendance were taken on a journey to the era of peace and they witnessed the coming together of the world’s women, youth, religions, educators and more through the core values expressed in the Declaration of Peace and Cessation of War (DPCW). Only with the cooperation and collaboration between all sectors of society can world peace finally be achieved. As seen by all guests in attendance, unity is power and peace will be achieved when all people come together with a single heart for peace. 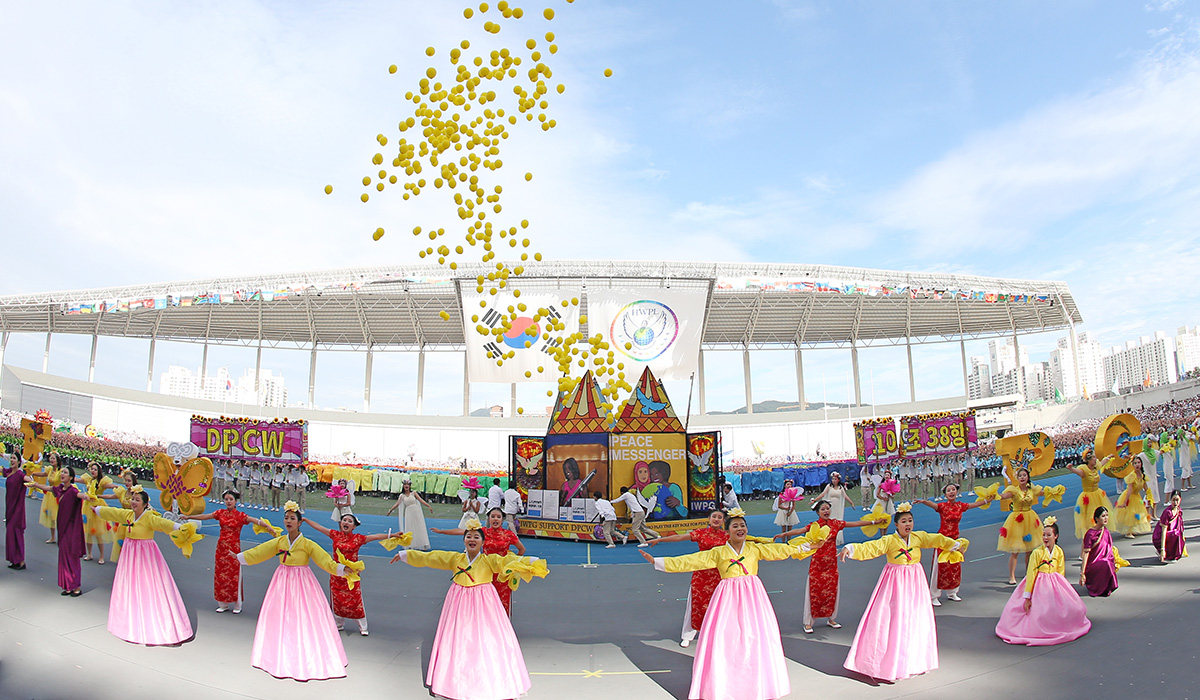 The women of the world joined hands and showed their sincere heart for peace to all in attendance. Whether they are mothers, daughters, wives or sisters they went beyond those titles and truly became the leaders of peace in the new era. When the 3.7 billion women in the world become one with IWPG as messengers of peace, then the world all humanity desires will be fulfilled. 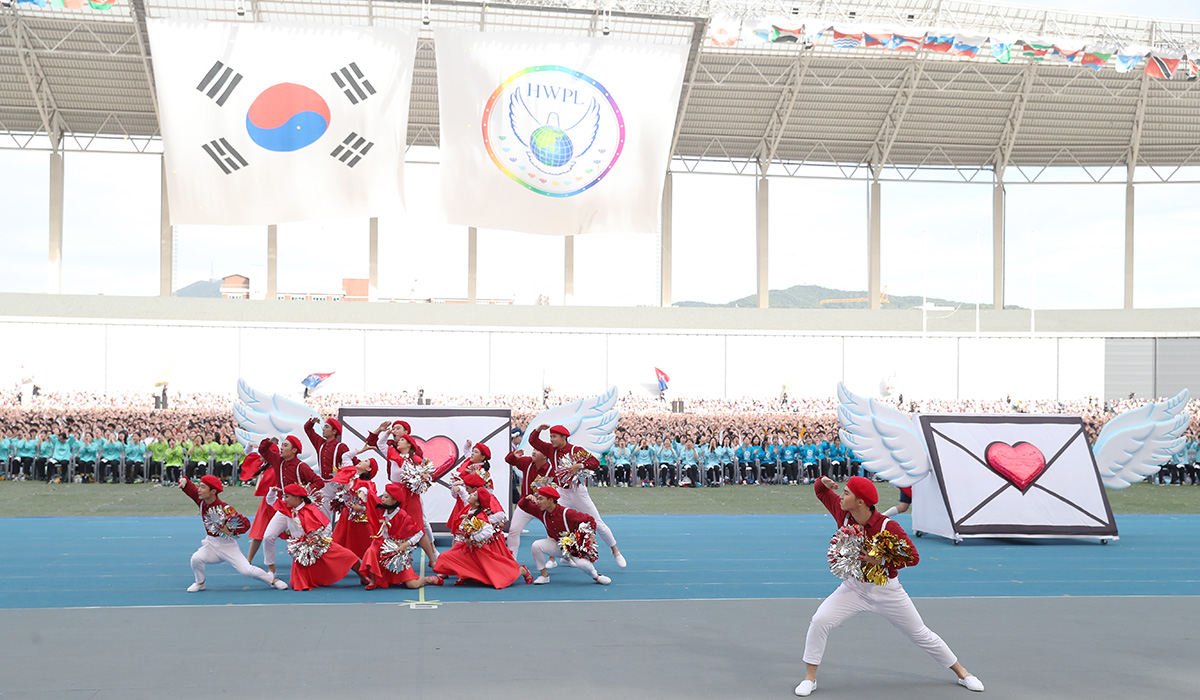 The shouts of the youth filled the stadium as the Peace Letter campaign of IPYG came to life. The hearts of the youth contained in the handwritten letters of peace will be sent to national leaders around the world, calling for support for the DPCW and the realization of peace. As the future leaders of the next generation, the youth have taken their stand for peace and will not back down until it is truly achieved. 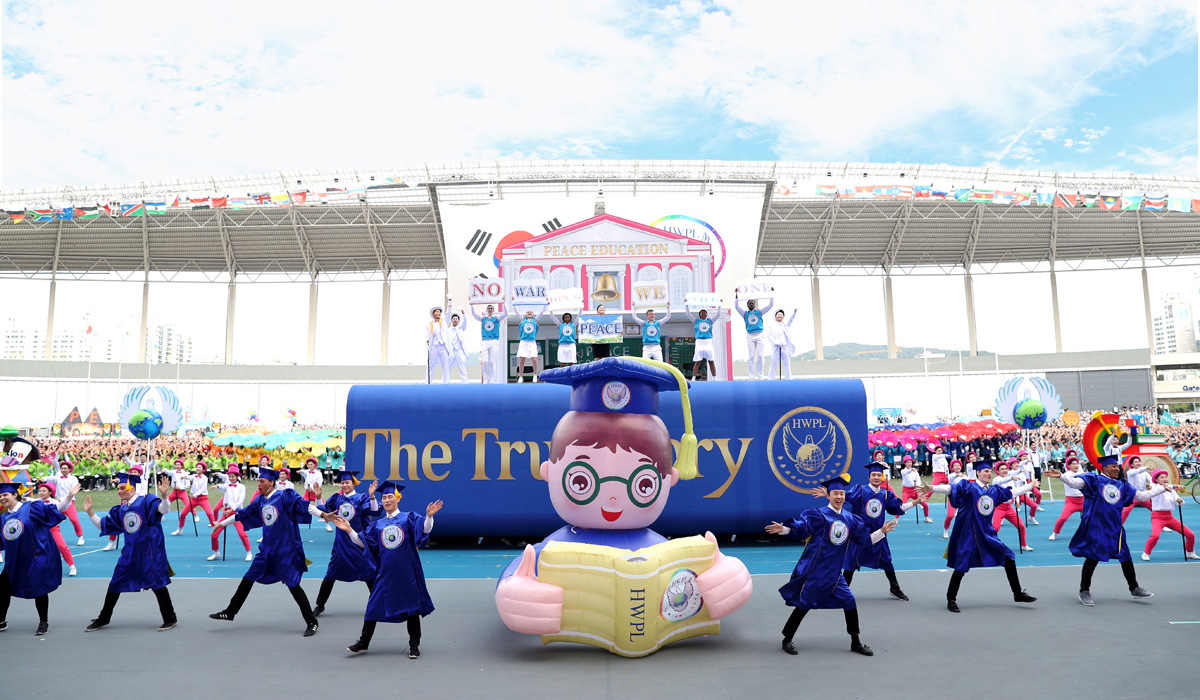 The hearts of all in attendance were warmed by the pure laughter of the young children who have experienced peace through HWPL’s Peace Education. This has been given as a gift to the future generations who will be able to live in the new world of peace that has been witnessed during this event. The time for peace is now. The children are waiting. 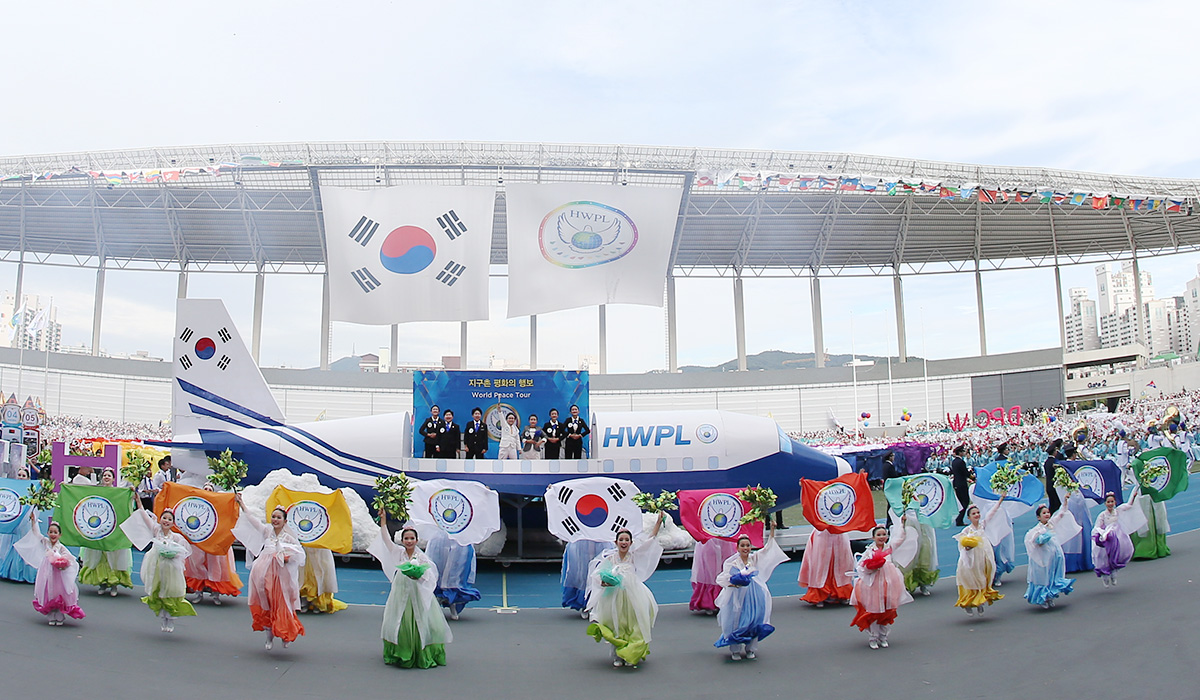 The successful achievements of HWPL’s 29 world peace tours flew into the stadium and were creatively expressed in beautiful works of art, showing the efforts that are needed for the achievement of peace. As the winds of peace spread the message to all corners of the globe, the dormant spirit of peace will awaken and the world will change into a paradise of peace. 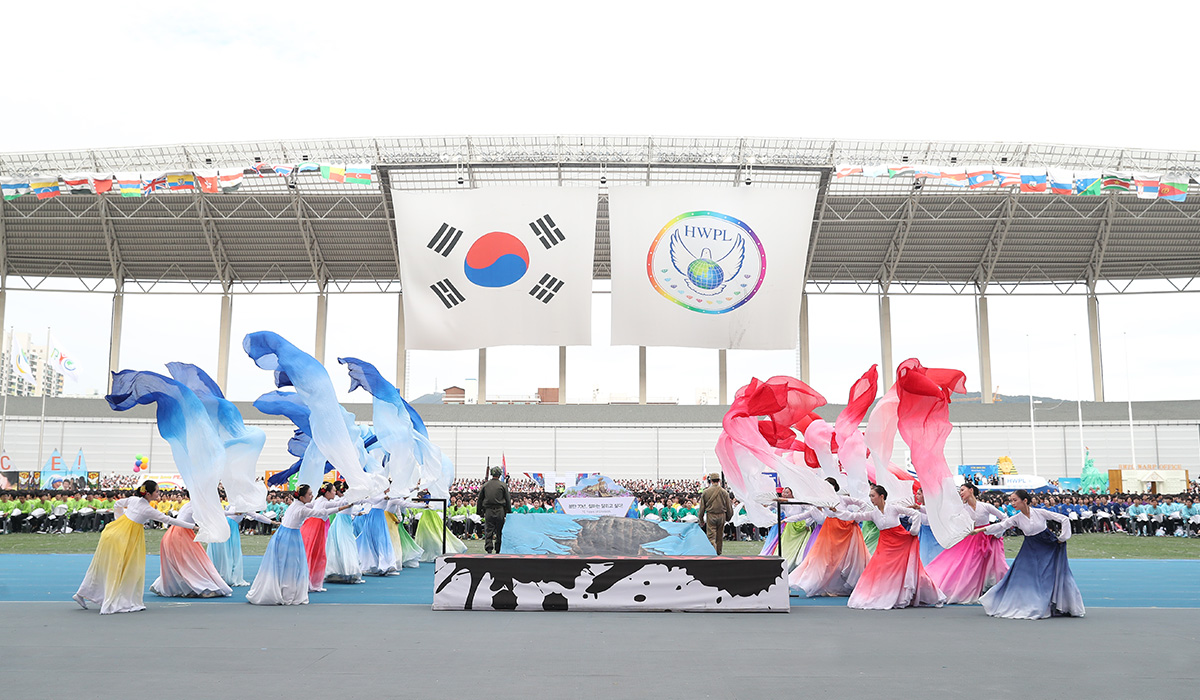 The train of peace also made an appearance during the Peace Parade, showing the sincere desire of all citizens for the peaceful unification of the Korean Peninsula. Expectations for the achievement of peace are especially high this year as recent events, such as the Inter-Korean Summits and the family reunions between those that had been separated across borders, show promising steps of progress being made towards unification. This year’s performance far surpassed these expectations and further fueled the passionate heart of all individuals to work for peace on the Korean Peninsula. 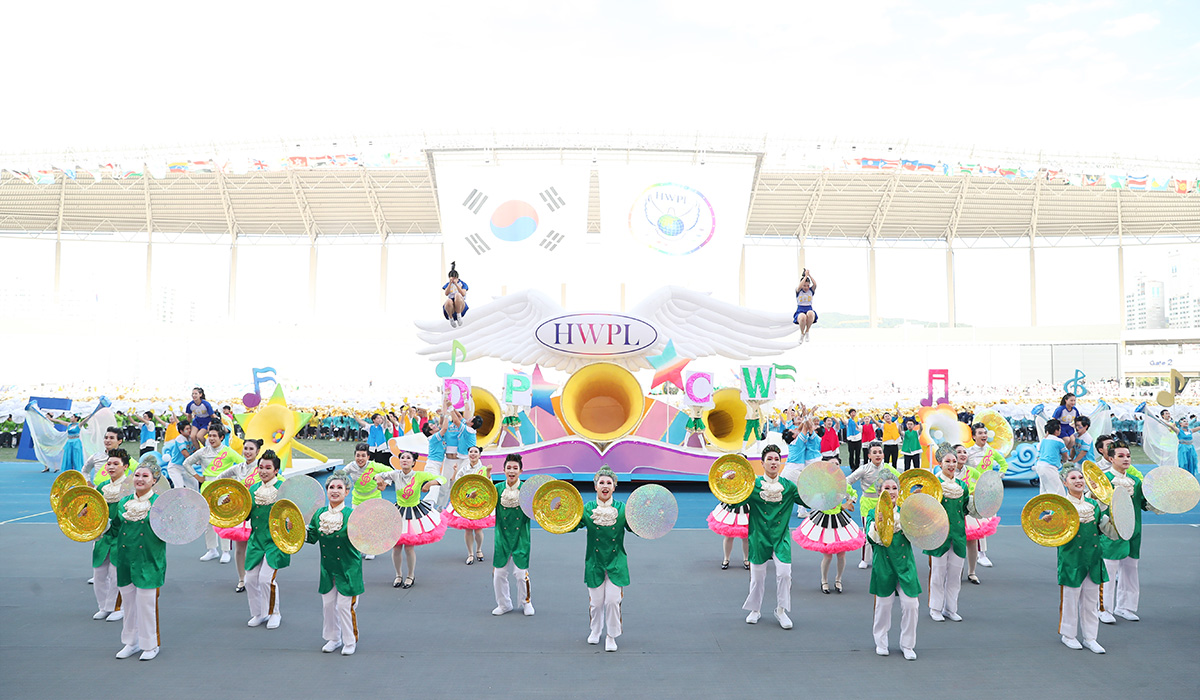 Overall, the Peace Parade truly touched the hearts of all who witnessed the spectacular and beautiful images of peace displayed before their very eyes. The intangible world of peace that only existed in the dreams of those who desire peace became a tangible reality for all to experience. Through this time all participants were able to unite in one heart and shout out for peace together as one. We greatly anticipate the future progress of HWPL’s peace initiatives so that heavenly culture and peace can be achieved in the near future and left as a shining legacy for future generations.