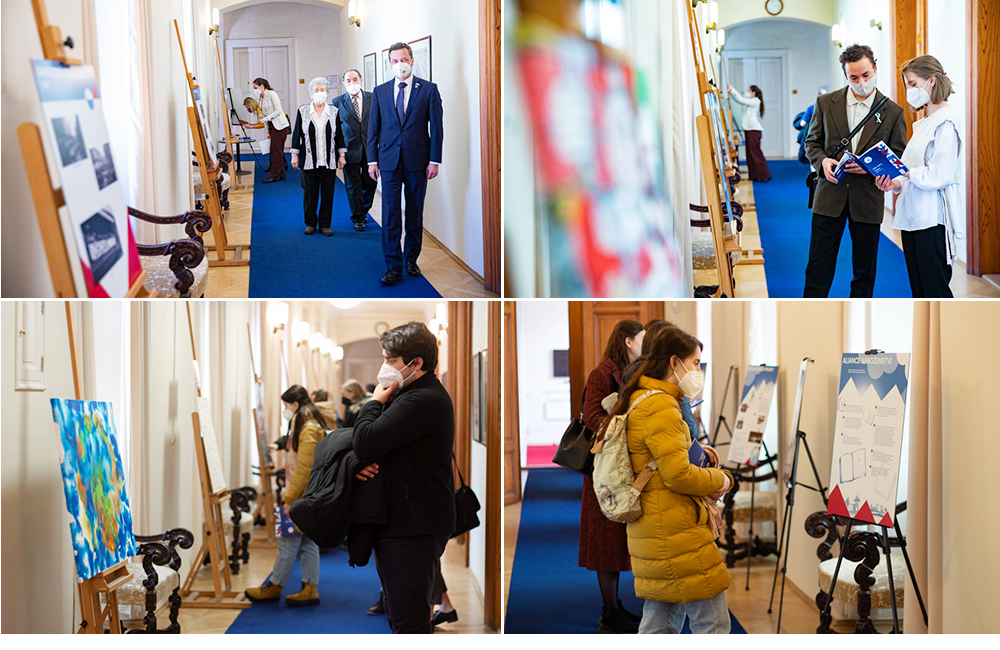 Senator Ing. Joseph Klement shared a congratulatory message and said, “When more than a year ago Mr. Bešta and I arranged today’s meeting, we had no idea how actual this exhibition would be today. In general, young people who have not known war, who have not known communism, totalitarianism may not be interested in this topic. So, we were discussing how we would do it, and it resulted in an interesting exhibition.”

HWPL International Law Peace Committee member Ms. Anna Červeňáková emphasized the importance of having a strong voice upholding the values of peace and human rights as she mentioned, “We need to remind ourselves again that we need to find the way to peace. They [HWPL] seek a common path that unites us and do not allow a conflict to break out that has far-reaching consequences for all of humanity. In this regard, I would like to thank HWPL for taking on the difficult task of creating peace in the world from the lowest level to the state level. Even from a democratic point of view, that we, as citizens, will focus on leaders who will lead the country in a direction that will truly lead to a state that will mean a state of peace in the world as well.”

The artworks, exhibited in the flow of the past, present, and future, examined the past democratic history of the Czech Republic, pointed out the problem of the present, and showed the future of a peaceful Czech Republic to come to fruition when popular sovereignty is well established. Just as all countries must cooperate to achieve world peace, the exhibition conveys a message that the interest and participation of the people is important in solving various social problems and in developing a better society.

On April 19, HWPL held the exhibition online for more citizens to view. Starting in May, HWPL plans to hold the exhibition at high schools in Prague and conduct seminars to make known the importance of the voice of civil society. Through the active participation of many citizens, it is expected that there will be a gradual increase in the realization of the values of democracy and continuation of peace activities in the Czech Republic.