A new peace monument was unveiled at a ceremony in Rampur, India on March 15, 2022 during the commemoration of the 6th anniversary of the Declaration of Peace and Cessation of War (DPCW). The peace monument was inaugurated with joint efforts from Heavenly Culture, World Peace, Restoration of Light (HWPL) and World Organisation of Religions and Knowledge (WORK). This is the 2nd peace monument established by HWPL in India, the first one being at Ramagya School, Noida in December 2015. 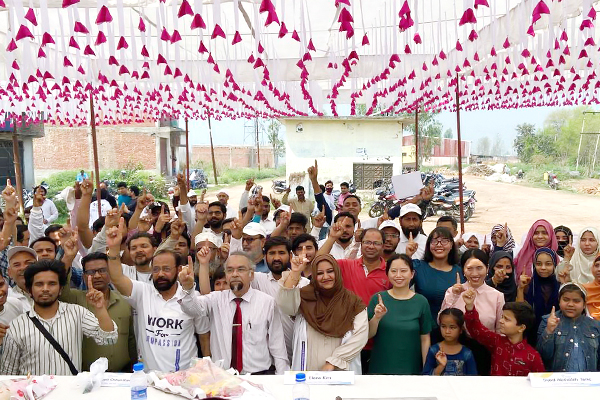 Continuing with its mission to stop wars through spreading a culture of peace, this event supports Article 10 of the DPCW which states that in order to preserve a lasting culture of peace, public awareness should be created through peace activities, commemorations, and initiatives that engage public consciousness with peace, including the erection of peace monuments. The establishment of a peace monument is meaningful to spread the spirit of oneness and peace among not only the local residents, but also their surrounding localities and even local government.

At the unveiling ceremony at Rampur, Ms. Elena Kim, Secretary General, New Delhi, India Branch of HWPL said, “HWPL is working to end the pointing of guns at each other and create a peaceful world where all lives are respected for its value. The reason we are striving is that the path to true peace is narrow and difficult. That’s why we have to help each other and walk together as one as we walk this path.”

Speaking at the occasion, Allama Syed Abdullah Tariq, President of WORK said, “In order to no longer have wars and achieve peace, HWPL is urging for the Declaration of Peace and Cessation of War (DPCW) to be introduced as part of international law. This was celebrated on the 14th, the 6th anniversary of the proclamation of the DPCW, through the unveiling of the peace monument. Through this monument, we pledged our responsibility and will for peace.”

Since he was appointed as HWPL Publicity Ambassador in February 2018, he has hosted peace events with HWPL in India every year. He donated the site on which the monument was built, in the hopes that the residents of Rampur would promote a sense of peace and participate in the practice of peace.

At the unveiling ceremony, HWPL and WORK also signed an MOU. Regarding the partnership with WORK, which has been working together with HWPL for six years for peace, in regards to the long-standing partnership with WORK, Ms. Elena Kim from HWPL had this to say, “Today’s MOU signing ceremony with HWPL and WORK is aimed to achieve a world of freedom, peace, and love in India, Korea, and the world. We believe that our determination to achieve sustainable peace and pass it on to future heritage will surely come true. We are one!” 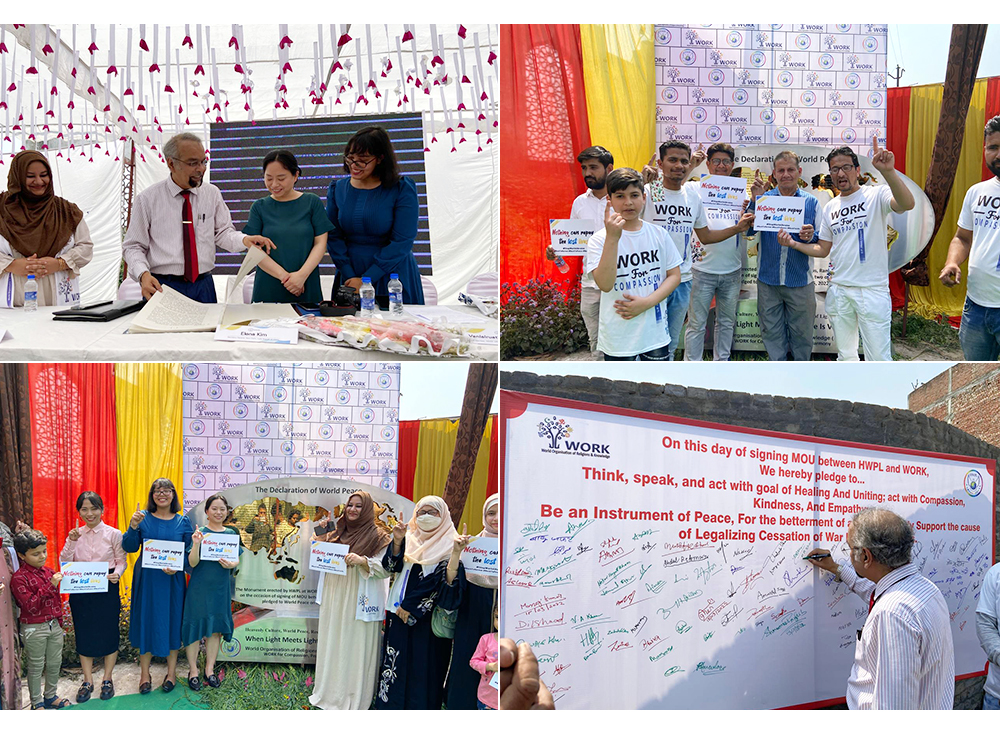 As part of the program, representatives from HWPL and WORK, Rampur signed a Memorandum of Understanding for peace activities followed by the unveiling of the peace monument at WORK’s upcoming HQ campus in Rampur. More than 100 people gathered to witness and participate in the ceremony and vowed to work at least once every quarter in India in order to raise awareness and receive support for the implementation of the DPCW as legally binding instruments in each state.