Skip to content
Previous
Next
Published On: February 27th, 2021

On February 13, 2021, an international webinar on “Voice of Peace: Media Perspective on COVID-19 and Social Change” was held to discuss the contents of national responses to political, economic, and social aspects under the heavy influence of the pandemic.

This event was co-hosted by Risingbd of Bangladesh, The DAWN of South Sudan, PTV World of Pakistan, and Heavenly Culture, World Peace, Restoration of Light (HWPL).

COVID-19 brought more complicated aspects, including differing national responses to the pandemic, economic downturn and growth, political unrest and integration, environmental policies in the face of climate change, income gaps and assistance of social welfare, etc. According to the organizers of this event, this suggests that the international society is faced with a mixture of phenomena that contain expected and unexpected results, which is why such cases are necessary to be examined and reviewed. This media forum discussed cases of contemporary changes in our global community, which was presented by international journalists with their professionalism and insight on social trends. 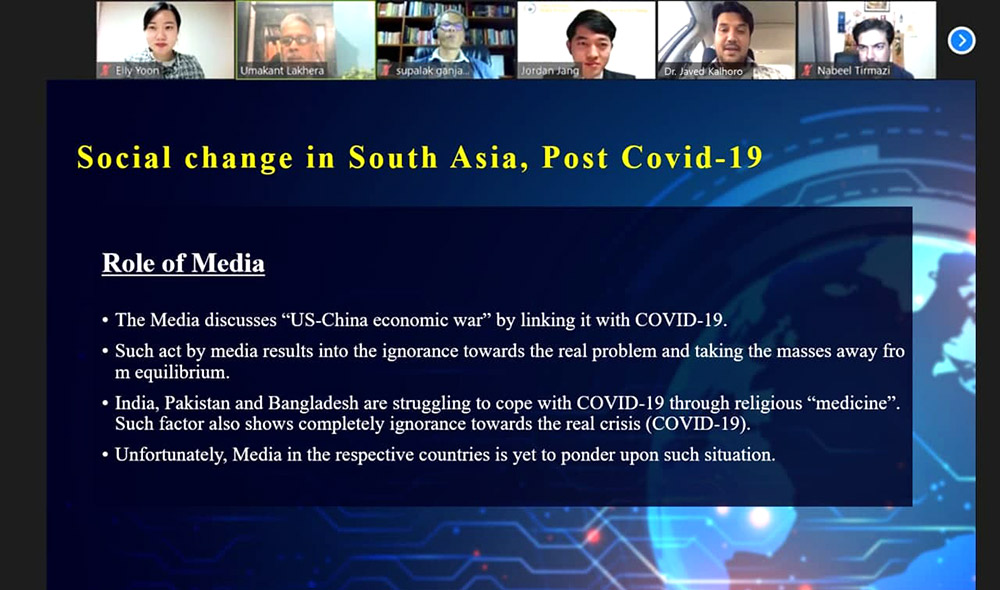 Dr. Javed Ali Kalholo, Senior Producer of PTV World, stated that the globe witnessed disastrous diseases in the new century from swine flu to Ebola before COVID-19. He advocated international cooperation to “fight the existing menace of virus collectively and to share a cognitive approach towards the post-pandemic world.”

Mr. Nabeel Tirmazi, Broadcasting Consultant & Programme Manager of Asia-Pacific Institute for Broadcasting Development (AIBD), mentioned that media responsibility in democratic states has grown to “dispel wrong notions, apprehensions and misinformation”, adding to the functions of informing and educating. To cope with the COVID-19 crisis, he suggested capacity building for healthy journalism from international media practitioners with the case of combating disinformation regarding the pandemic with international organizations, including WHO and UNESCO. 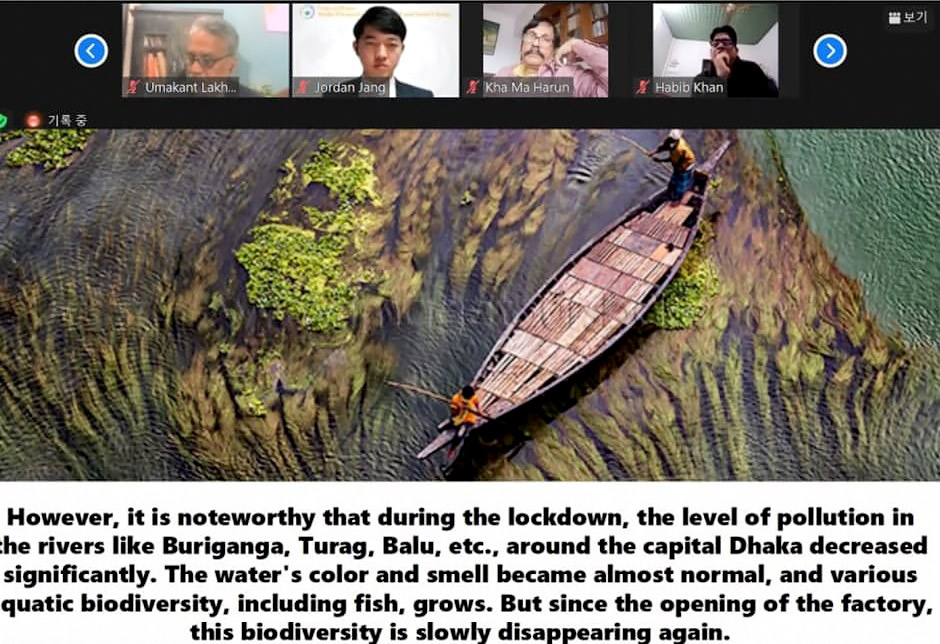 Mr. Ibnul Qayum Sony, Senior Sub Editor of Risingbd, Actor and Independent Film Director explained that the current phenomena of COVID-19 have mixed results. In the case of Bangladesh, he said that loss of lives and economic downturn from the lockdown coexist with the significant decrease in the level of pollution in rivers of the country resulting in biodiversity.

“South Sudan is the newest country on earth, having gained independence from Sudan in 2011, but a political crisis two years later has left it bleeding,” said Mr. Okech Francis, Deputy Editor in Chief of The Dawn Newspaper. To respond to poor infrastructure, health services, and economic performance in the country and region, he highlighted that knowledge and skills for a sustainable future of peace and security need to be provided, rather than handouts.

Mr. Supalak Ganjanakhundee, Bangkok-based Southeast Asia Analyst, Thailand, says that the country is “still struggling to contain the spread of the deadly disease” and the recent student democratic protest, which also “extended to its neighbor Myanmar after the military in that country staged a coup in the pre-dawn of 1 February.” He added that the demands from protest are to be taken seriously “to bring genuine democracy, stability and peace to the country.”

Dr. Ian Seo, General Director of HWPL, suggested that giving insights and inspiration to the youth is the media’s responsibility and dedication for a future with peaceful societies.