IPYG’s New Project: ‘North and South, Let’s Be “Us” Again’

In 2019 at the Grand Hilton Hotel in Seoul, the launching ceremony of IPYG’s new project, ‘North and South, Let’s Be “Us” Again’, was held.

Since HWPL’s proclamation of the 10 Articles and 38 Clauses of the Declaration of Peace and Cessation of War (DPCW), IPYG has been carrying out a Peace Letter Campaign focused on sending handwritten letters containing the voices of the youth to the leaders of each country, which call for support of the DPCW. Through the Peace Letter Campaign a total of 150,000 letters were collected and delivered to both domestic leaders and those abroad to inform them of the true need for peace and reunification.

This year, IPYG began a peace campaign with the youth taking the lead for the sake of the peaceful reunification of the Korean Peninsula. To achieve this goal, a national unification campaign will be held to enable all youth and civil society members in Korea to work together. This campaign will focus on exploring three main objectives: 1) The reason why Korean youth should prepare for the peaceful reunification of the Korean Peninsula, 2) The role of civil society in achieving this, and 3) Seeking cooperation from people coming from all walks of life.

At the launching ceremony and lecture, experts from various sectors of society emphasized the importance of the role of the youth and civil society in achieving the peaceful reunification of the Korean Peninsula, along with the “power” and “possibility” contained within the youth. In addition, there was a time dedicated to explain how actors in each sphere of politics, media and society can cooperate harmoniously, and to announce concrete measures to implement the idea of changing civil society’s attitude in preparation for the peaceful reunification of the Korean Peninsula.

Lee Keun Ho, the Director of KBB, Korea Buddhist Broadcasting, proclaimed, “You have a fire in your heart for peace on the Korean Peninsula that extends to a hope for world peace. Yet if religion is intoxicated by power, then this is not power but the seeds of pain and suffering that have made this intoxicated state of reality.” He also stressed that “religion is an important factor that can bring about cultural- and value-based integration within society,” adding that many people should strive for the ultimate goal of peace.

Also, Wang Seon Taek, a reporter at the YTN news agency, gave a special lecture on the current situation and approach of unification on the Korean Peninsula. He stated, “The media’s conservative and progressive bias should be resolved through a constructive and productive discussion of each side’s rationality, since both types of thinking and rationality should coexist.” He went on to explain that “Youth should understand both the value and purpose of rationality, and, since we are Korean citizens, we should find an answer to the possibility of reunification not from the perspective of external observers but rather from the perspective of the party involved”. 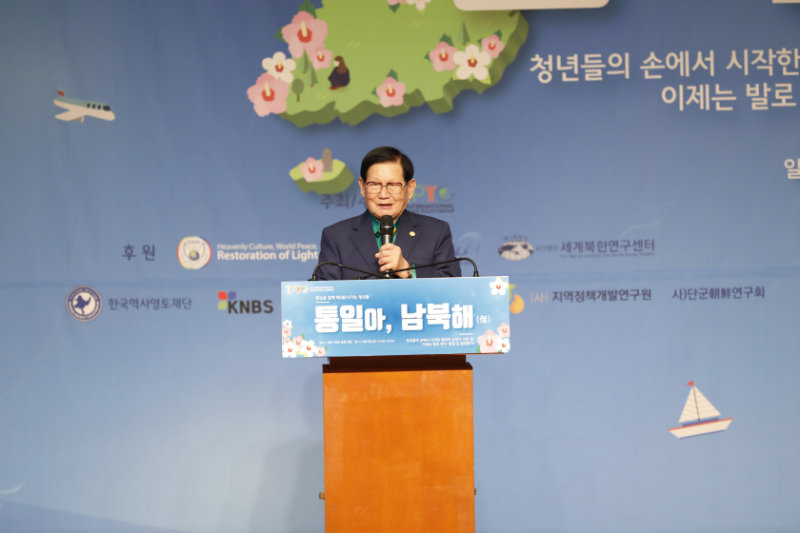 HWPL’s Chairman Man Hee Lee stressed that ultimately the tragedy of the Korean Peninsula must be concluded and peaceful reunification should be achieved. “Unification is not a difficult thing to do. If we allow for free passage, then that is unification,” he explained. “Why should I still have a gun pointed at the chest of my fellow countryman? If no one else will do it, then the youth must achieve peaceful unification.”

The restoration of a divided people is a shared problem, so now is the time to open an era of peace as a creative solution to the fundamental question of the need for reunification. 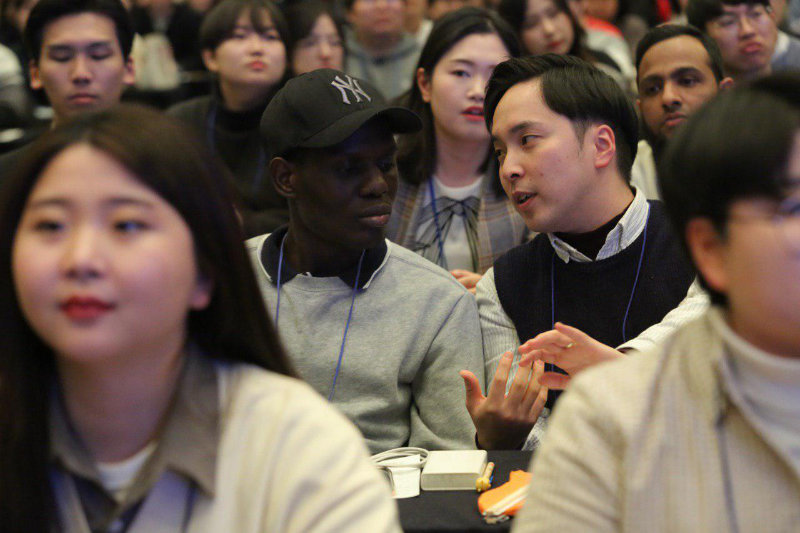 As the only divided nation left in the world, Korea has been suffering from the tragedy of fratricidal war for 72 years. During the Korean War, four million people were killed in the presence of many citizens of countries from all around the world, and to this day, the Korean Peninsula remains as the most likely country to spark another international war.

It is the blossoming youth who are held responsible for defending the nation in a time of war. As a result, countless youth are forced to suffer and sacrifice their lives without ever having a chance to realize their dreams. Therefore, the greatest victim of war is the youth. IPYG continues to shout for these youth to take the lead in achieving a world of peace instead of war and constantly seeks to work with its 851 cooperative organizations in 111 countries in order to find the solution to put an end to war.

Looking back over the past history of the Republic of Korea, it was the youth who played a significant role in the development of democracy. The voices of the youth heard during the April 19th democratic revolution, the May 18th pro-democracy moment in Gwangju, the 1980s democratic uprising and the 2017 candlelight vigils have all played a crucial role in moving civil society to take action and make an important impact in the nation’s history.