Skip to content
Previous
Next
Published On: July 20th, 2016

Mahatma Gandhi Prize for Nonviolent Peace, officially registered as an international award on the Encyclopedia of Violence, Peace and Conflict, has had many renowned laureates including Jimmy Carter, Nelson Mandela, Margaret Thatcher, S D Sharma etc. Chairman Lee is the first to be awarded in Korea in a long time.

Along with Chairman Lee, Chairwoman Nam Hee Kim of the International Women’s Peace Group (IWPG) and Dr. Alexander Kim, Chairman of the Constitutional Court of Sakha, Republic of the Russian Federation received the Gandhi Prize. 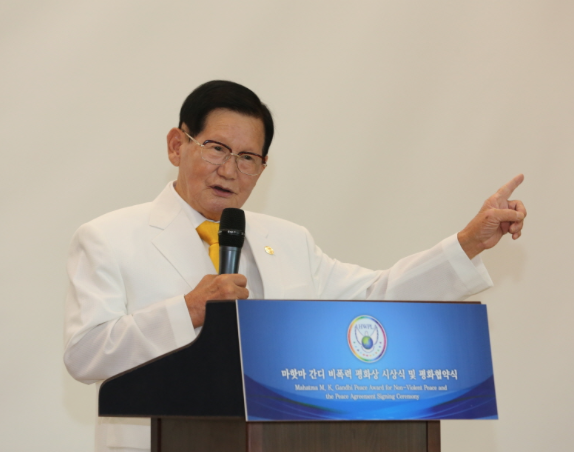 “The greatest peace prize is peace on Earth and this is the legacy that we should leave to our future generations. This will become the peace prize that will pave the way to the peaceful lives of humanity. I would like to accept this prize as a lesson that keeps me going for the work of peace,”

They were recognized for their great contributions to the reconstruction of human society and world peace by spreading the noble spirits of “Non-Violence, Universal Brotherhood, Service, and Unity of all Religions & Excellence in the field of all related peace work.” 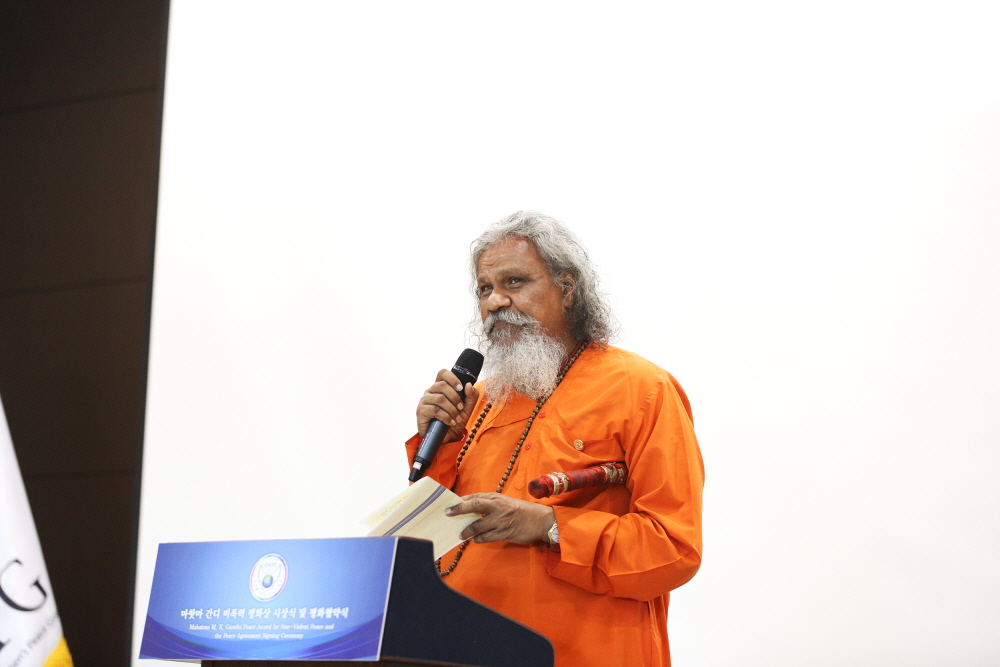 “I would like to welcome the laureates to this ceremony, which is held to honor the laureates for their outstanding contributions in the field of peace work. On behalf of Mahatma M.K. Gandhi Foundation for Nonviolent Peace, I salute and honor the greatest peace lovers, Mr. Man Hee Lee and Ms. Nam Hee Kim, for their achievement following Gandhi’s philosophy and knowledge to promote world peace and development of humanity.”

As a preeminent leader of Indian nationalism in British-ruled India, Mahatma Gandhi inspired movements for civil rights and freedom across the world. Chairman Lee and HWPL’s initiatives for peace have been comprehensively expanding Gandhi’s vision for nonviolence through peace law campaigns and alliance of religions meetings, thus bringing forth world peace and the cessation of war.