Skip to content
Previous
Next
Published On: June 30th, 2016

Northeast Asian Leaders to Cooperate for Alliance of Religions and Peace

On 27 June 2016, A Korea-China-Japan Religious Leaders’ Peace Conference for Alliance of Religions was held in Gyeonggi, Korea with the goal of putting religious boundaries aside to achieve peace together. 120 Northeast Asian religious leaders were invited to attend this interfaith peace talk.

Trilateral Religious Leaders’ Peace Conference is warmly welcomed by the guests in the time of “the reality where tensions are arising in Asia, centered on Korea, China and Japan,” said Hyegeo, Abbot of Jogye Order of Korean Buddhism Geumgang Seonwon. He added,

“It is my hope to pursue in achieving world peace. I believe HWPL holding conference like this will lay foundations for prosperity and peace in Asia.”

“Religious leaders from all life of faith came here not just for the sake of gathering people from diverse backgrounds,” said HWPL Chairman Lee. Instead of just focusing on symbolic significance of gathering religious leaders, he kindly asked the participants to “become one in heart in achieving the same purpose.” He added,

“Let us share and teach one another what we understand, so that we can grasp better understandings from listening to each other.”

Leaders representing Buddhism, Hinduism, Sikhism, Christianity, Cheondoism, Taoism, and Confucianism gathered to discuss the roles of spiritual leaders and the concept of peace based on each respective religious texts. 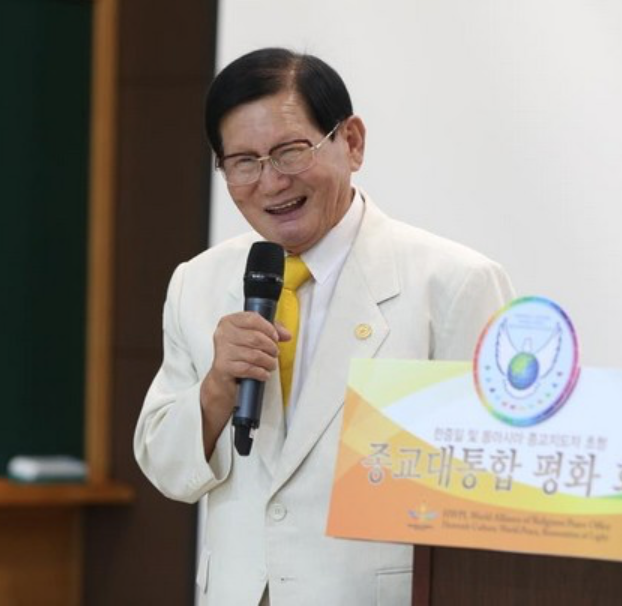 In early part of his speech, Chairman Lee underlined the role of religious leaders in achieving peace.

“Religious leaders have a crucial role in constantly studying and determining which religious scripture is the most believable to achieve peace.”

He continued in a rather solemn and confident tone.

“Leaders are responsible for their congregations to know that differences in religions must not hinder the progress of peace and harmony in the interfaith world because conflict is not the will of the Creator nor that of any divine beings.”

To achieve peace in our generations, HWPL Chairman Lee urged the participants. “We must first be acknowledged properly in the eyes of heaven,” reflecting ourselves whether we are living according to the will of heaven. In doing so, it takes continuous efforts. “No matter how much you wish to live in a new generation of peace, it will remain our wildest dream without dedicating our efforts.”

In order to provide same standards based on discussions with mutual understanding among different faiths,17 questions were drawn and distributed to speakers in advance.

Some of these questions include:

▶Does your religion contain prophecies and an explanation of the fulfillment of those prophecies? If it does, what are they?
▶What is the natural order of the creation of the heaven, earth, all things, and people? And through what were they created?
▶What are God’s purpose, the hope of believers, and the promised world? 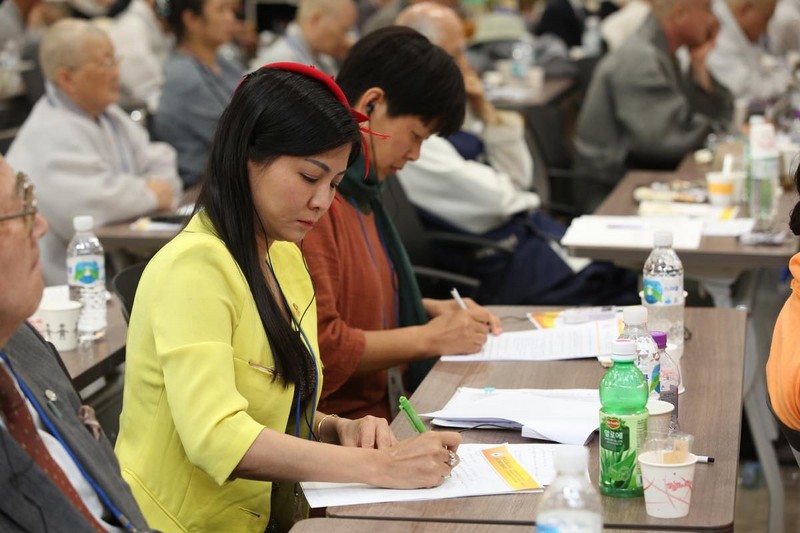 The background of this peace conference is HWPL’s World Alliance of Religions’ Peace (WARP) Office Meetings, a series of the worldwide interfaith peace dialogues solely based on scriptures aimed at establishing alliance of religions and preventing causes of conflicts which involve religious misunderstandings.Currently, 179 WARP Office Meetings are actively being held in 88 countries. 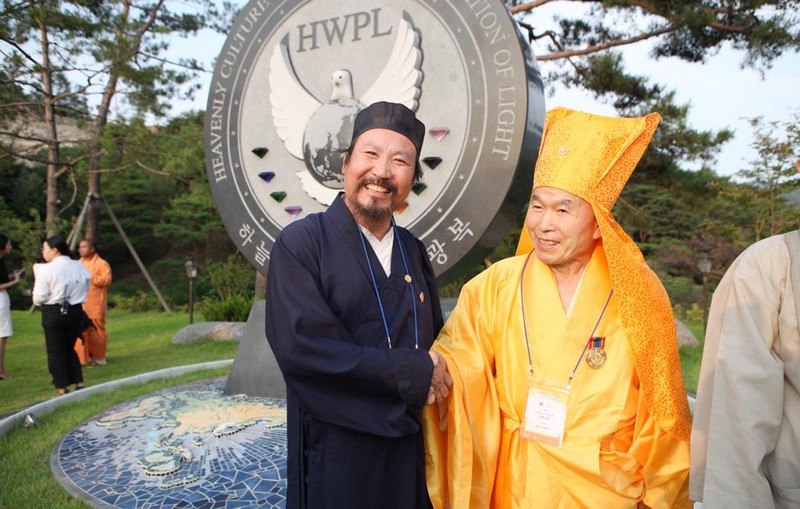 Differences in ethnicities and religions did not hinder the participants from actively interacting with one another.

Ba Ding Duo Jie, Buddhist Abbot of the Shiva Temple, a member of the WARP Office in China said,

“We need to think about how to bring unification among ourselves. Through participating HWPL’s WARP Office Meetings, I realized that the lack of communication among religious leaders was the reason why conflicts arise. I have witnessed that leaders, who have different backgrounds and knowledge, could be united under peace through the peace dialogue.”

Some note that the need of interfaith dialogue is closely related to preservation of humanity. “Through this kind of platform for all religions to meet together and reflect on the roles and history of religions, we are able to realize the cessation of war which intertwines the preservation of the lives of humanity.” stated Jeong Seok Lee, Teacher of Myeongnyun Institutes.

He added, emphasizing that further development of the conference is necessary in the form of action for peace. “If it were only voices demanding for peace in the past, now it is a time to bring actions to those voices. HWPL is working for a great cause for mankind through this innovative approach to peace.”

When asked about his future plan during the interview, Fu Cheng Dao, Director at Rongshan Academy of Taoism said,

“When I go back to China, I will dedicate my efforts to widespread the concept of achieving world peace in collaboration with heaven and earth. I plan to pursue several peace activities such as comparison meeting of religious scriptures. I will publicize the work of HWPL and Chairman Lee and spread the culture of peace.”

The Korea-China-Japan Religious Leaders’ Peace Conference for Alliance of Religions sought for constructive dialogue among leaders of religions to better understand the principles of religious teachings based on mutual respect and recognition of differences, thus contributing to an atmosphere of peace in the Northeast Asia. 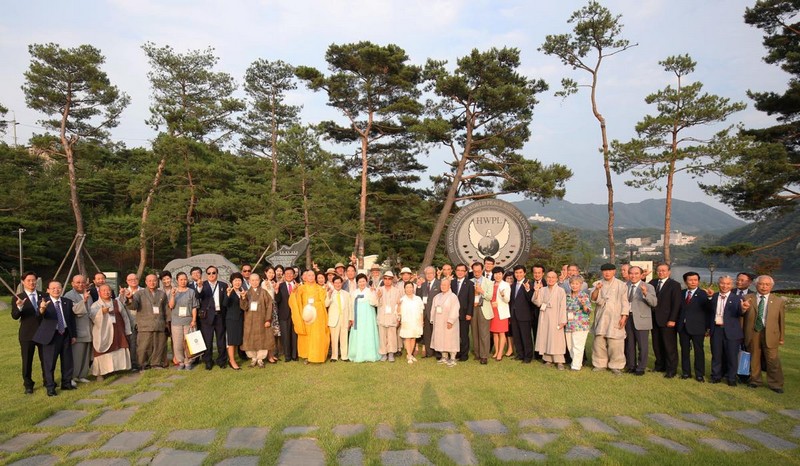