Skip to content
Previous
Next
Published On: January 8th, 2018

One Small Step for PARLACEN and HWPL, One Giant Leap for Mankind

This year, the Central American Parliament, also known as PARLACEN, which aims to benefit all the member states in the region with the same policies of social welfare and education, saw a substantial and active support growing for the Declaration of Peace and Cessation of War (DPCW). It could not have been presented and approved if it wasn’t for Hon. Deputy Paula Lorena Rodriguez Lima, current Representative of Guatemala in PARLACEN, whose sincere and honest heart for peace inspired each of the 120 congressmen and congresswomen. 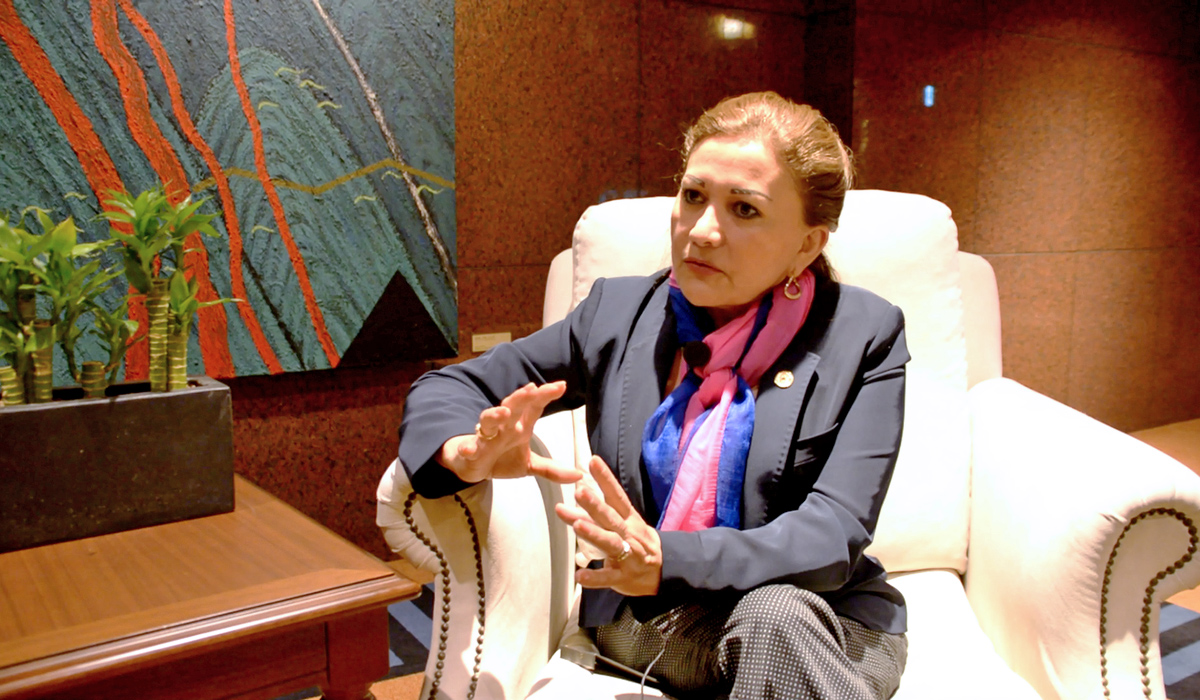 When she received the Declaration in Guatemala from South Korea, she saw it is an initiative and “a declaration that details the yearning of having peace in the world”. Since PARLACEN is also an institution striving for peace, she did not hesitate to facilitate the procedures of the parliament to officially implement it. This is what she saw beyond the written principles of DPCW:

“I do believe that the amount of wars within the countries are increasing because the values are being lost. Truly I would want that my children would never encounter a country that is deteriorating in the Central America or the world that would be losing values.”

She saw the values necessary to sustain peace could be restored when the principles of the DPCW are implemented universally. When she pushed forward with this initiative, she met unexpected oppositions within the parliament.

“Initially, what I did was to make it an initiative in the parliament where there are 120 deputies in session. Because there was some hostile information of HWPL in the internet, they didn’t want to approve it. It was rejected in the first month, second month and so forth.” 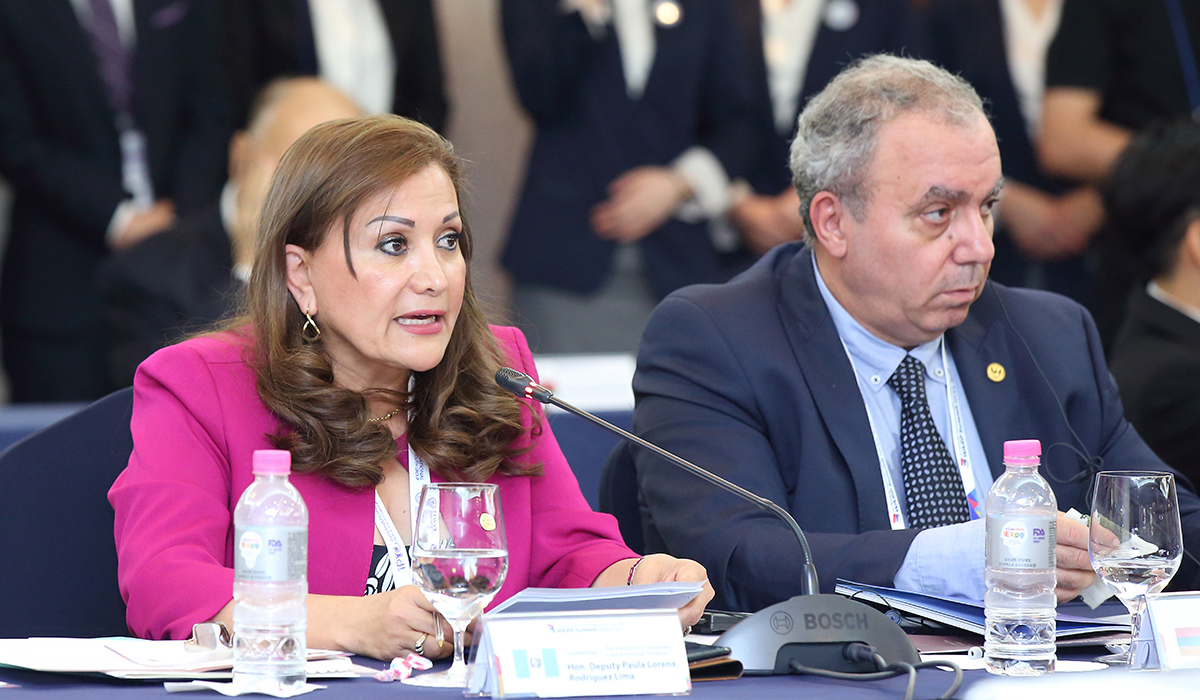 As a long-time live witness to the workings of HWPL, she decided to stand firm on taking progressive steps towards its implementation.

“I’ve had the advantage of being here now for the 3rd time in Korea [for the WARP Summit]. All the things I observed were positive things. I observed all the religions here included within the organizations. More than that, I was able to see all of the youth volunteers are intelligent youth with strong intellectual capacity. As a matter of fact, it [HWPL] is a noble organization whose only purpose is to search peace.

In all the months, I aspired to convince the deputies. During these 14 months I had to talk to every single one of congressmen and women to offer an explanation, the benefits, advantages, and the nobility of this declaration. And then it was finally approved. At last, it was approved.”

By no means could those 14 months of work be considered an easy process without obstacle. Truly, it could not have been possible without her unshakable vision for peace that coincided with the potentials the DPCW holds.

“The DPCW has lots of transparencies and honesties and sincerities. If this is implemented in different organizations, this will totally help diminish corruptions and violence. If we expand further and implemented it even in education ministry, it can also help students bring this declaration into consciousness. ”

Now that its approval has recently been made official, she hopes to see the document adopted even within the organizations of the American states, all other regional parliaments, and eventually make its way to the United Nations. 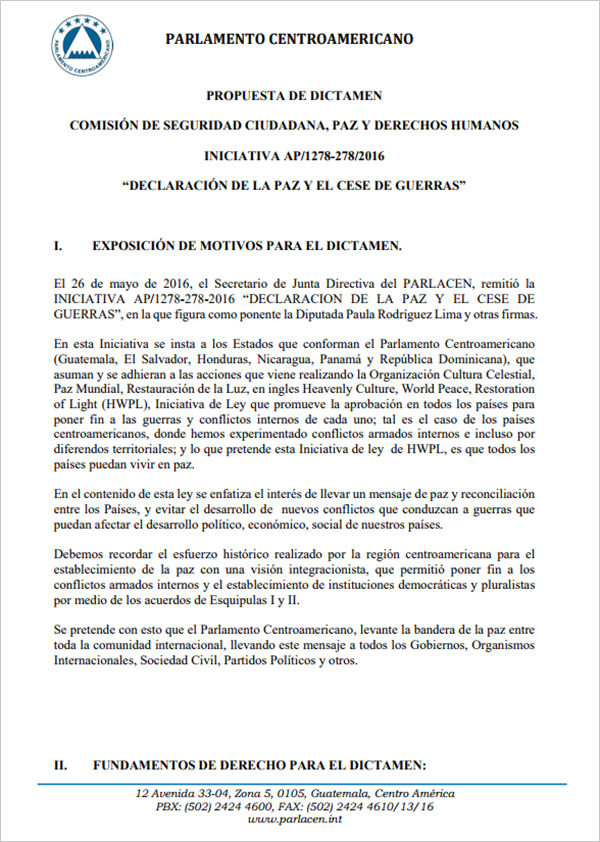