The Declaration of Peace and Cessation of War, drafted by prominent legal experts, is already here. All people living in this globe, regardless of who they are, have to work together with the same heart for peace and for the purpose of the cessation of war and world peace. 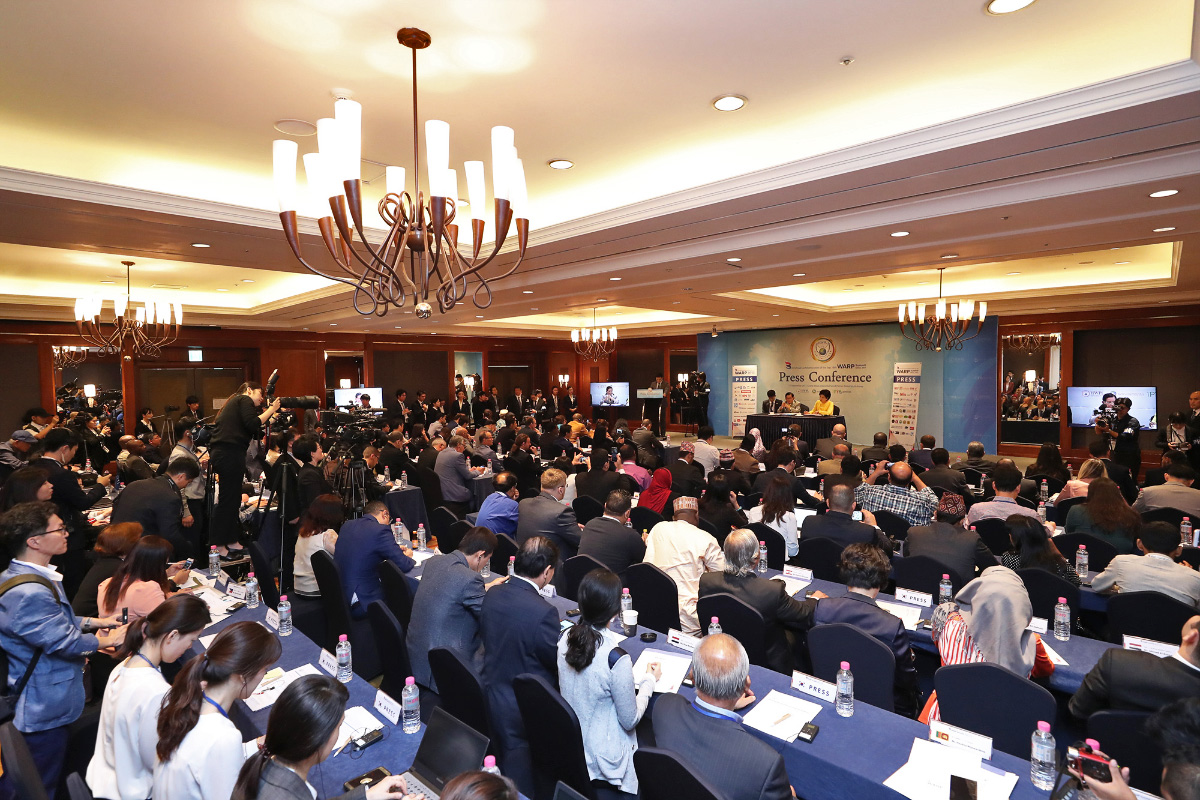 HWPL Chairman Man Hee Lee gave this motivational statement at the Press Conference for the 3rd Annual Commemoration of the September 18th WARP Summit, which was held at the Grand Intercontinental Hotel in Seoul.

Chairman Lee also explained, “North Korea has already done nuclear test 6 times now. In the midst of this current status, HWPL has continued its peace activities, transcending nationalities, ethnicities, and religions. The 3rd Annual Commemorative event is being held and participated in nationwide, as well as in various places of the world, at this very moment. We have to cooperate together to participate in these peace initiatives to achieve the ultimate peace.”

The flurry of anticipation filled the conference room as reporters coming from different media agencies raised their hands to ask more questions to HWPL’s Chairman. Also, the questions regarding peace education and the spreading a culture of peace initiatives were thrown to IWPG’s Chairwoman Nam Hee Kim.

Around 117 journalists and 105 press agencies from 45 countries including those in the Middle East, Europe, Africa, and others participated in the Q&A session. The primary question topics were regarding international law, peace education, women’s peace activities, spreading a culture of peace initiatives, peace in the Korean peninsula, and religious conflict and peace. 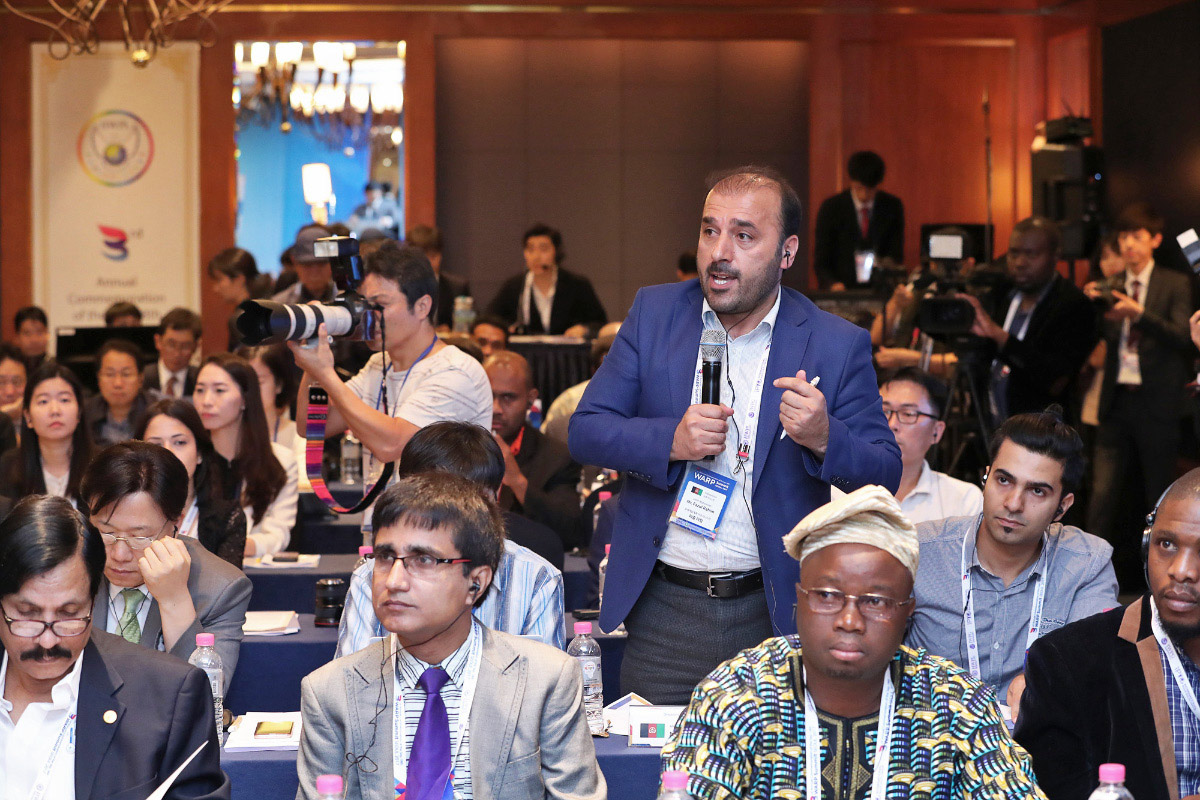 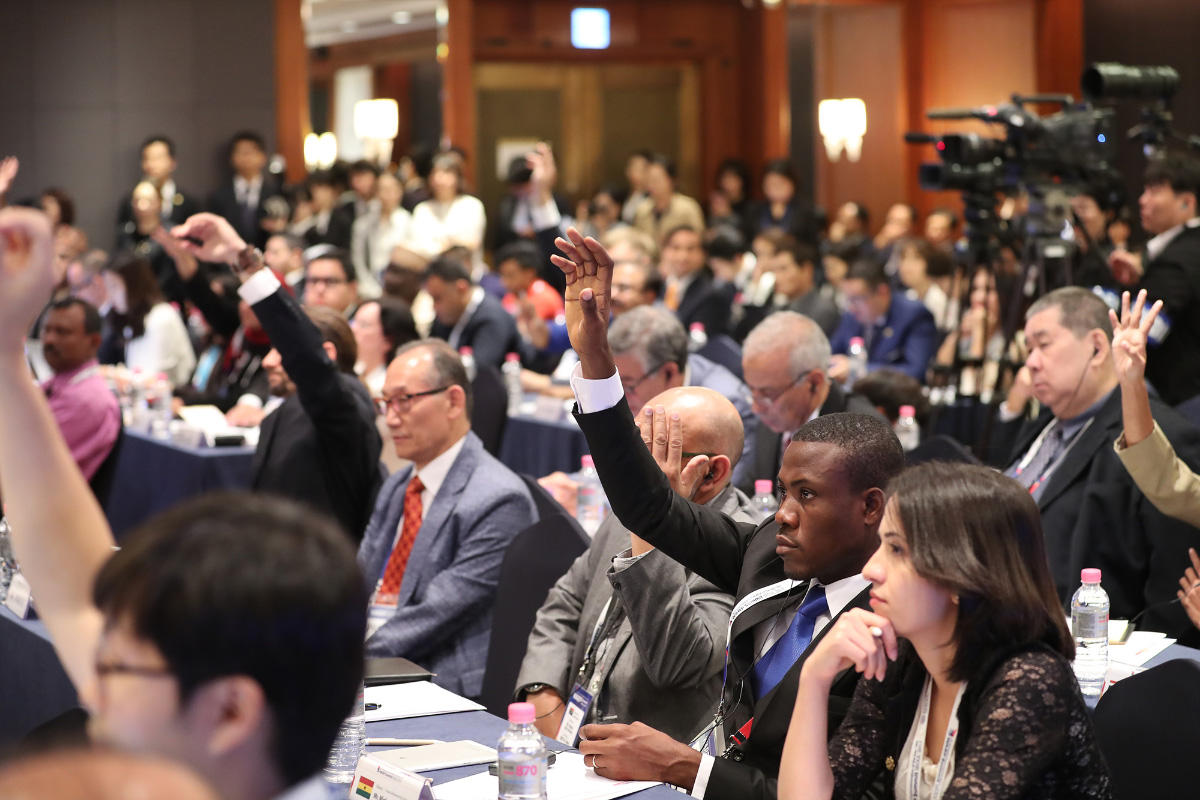 Reporters showed great interest in HWPL’s activities, especially those done for the progress of the Declaration of Peace and Cessation of War and its peace-spreading campaigns.

Chairman Lee pointed out that the ‘Establishment of Law for Humanity’ and ‘Spreading a Culture of Peace’ are the methods to achieve peace and he claimed that through the Summit this year these two projects will be accelerated worldwide.

Chairman Lee proclaimed, “All people yearn for peace, but until now, there was no sustainable method to achieve it since we still have an everyday environment where we are exposed to violence. The 10 Articles and 38 clauses of the DPCW is the method. Furthermore, peace education, as another method to achieve peace, is necessary for all students and citizens.” 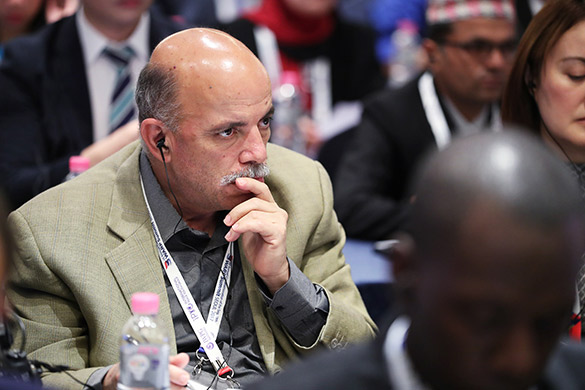 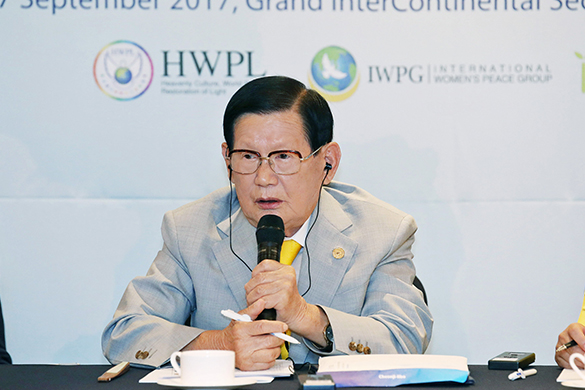 Q) We hear a lot about terrorism and other violent activities occurring throughout the world. Through what methods can we let the world, especially religious groups, hear the voices of peace and respond to the culture of peace?

“Religion, as the forerunner of the achievement of peace, must become the light that enlightens the global community. There are many conflicts due to religious misunderstandings. The World Alliance of Religions’ Peace (WARP) Summit has been initiated due to this cause. What is the promise that we made at the first summit?

The WARP Offices are proving that when leaders of religious communities come together in accordance with the understanding of their religious scriptures, the true alliance of religions will be seen. This is now actively being practiced throughout the world.

Also, for the process of building cessation of war and world peace, the role of the international press is imperative.

The ability to make progress really relies on the efforts of the media to spread this news of peace.”

Q) What outcomes can we anticipate from this event, as the 3rd Annual Commemoration of the September 18th?

“All people of the world have to think of the purpose that HWPL pursues and how it is related to the world today. The means of hosting this 3rd Annual Commemorative event is to raise awareness of the issue of peace among many and awaken those people who are asleep in relation to peace

The 3rd Annual Commemoration of the WARP Summit is not only being held in Seoul but many parts of the world are now also participating. Throughout Korea, too, at this moment, people are lending their ears to this conference.

We have come together to cease all wars and establish peace, and also to urge the world to acknowledge the need for removing weapons of mass destruction.

With those weapons of destruction still in existence, can we really achieve peace in this world? For what purpose were they produced? Aren’t they for war and killing? When war occurs, who goes out to the front line to fight? Aren’t they our children? Do the governments and laws compensate for their sacrifices? In order to make a real compensation, shouldn’t they bring all the victims back to life?

Can we say that those are complete laws and policies? This globe, that is full of life, was given to men as their inheritance. Then, shouldn’t we protect and preserve it? All the politicians and professionals in the political field need to think of and perceive the achievement of peace differently. I also urge all journalists and press to play their role in spreading the messages of peace to all leaders and citizens transparently.”

Those who gathered at this conference have the responsibility to be the eyes of the global community. Starting from this moment, the press cooperating with HWPL will report the reality of peace to not only their home countries but to all people. 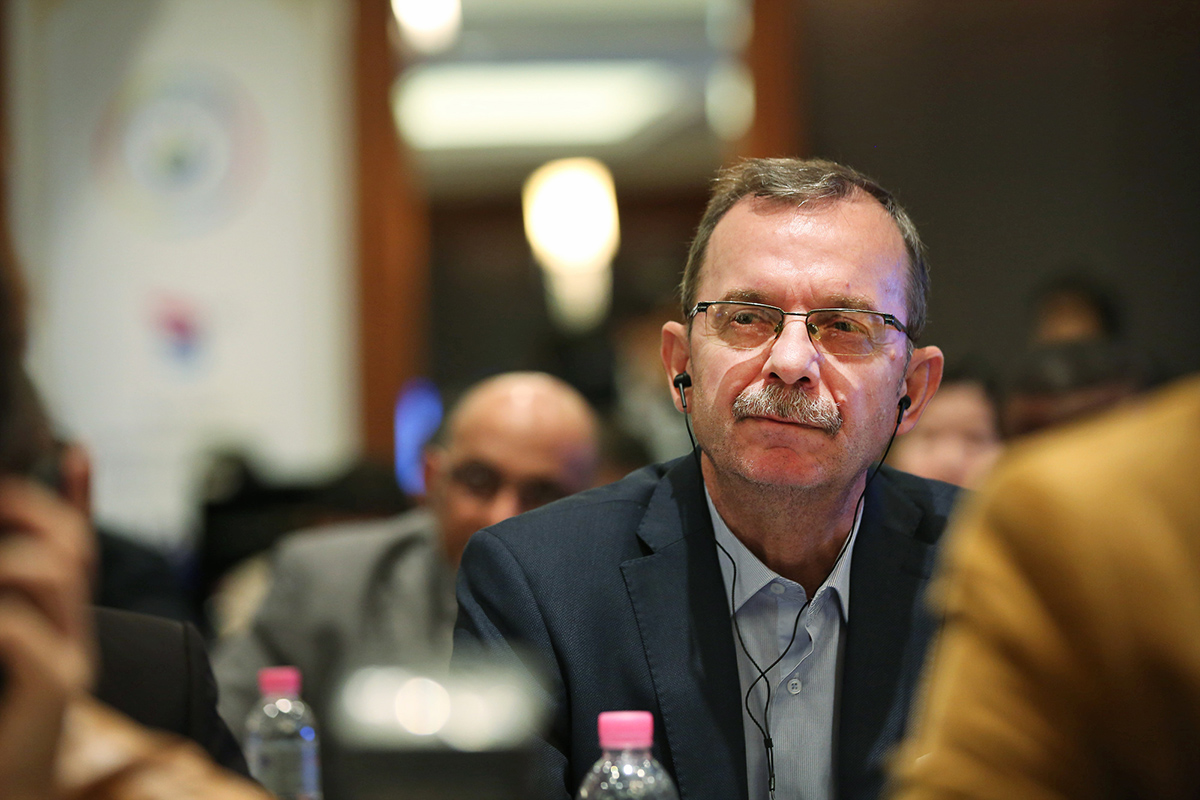