Skip to content
Previous
Next
Published On: May 6th, 2018

Starting on 14 March, 2018 in Seoul, Korea, ‘A shout for building a world of peace and the realization of justice’ resonated in the air throughout the entire global village. Transcending the barriers of national borders, races and religions, this 2nd Anniversary of the Declaration of Peace and Cessation of War (DPCW) was commemorated in 166 cities of 71 countries in succession. Approximately 110,000 participants appealed with one voice that every global citizen should become a messenger of peace as the duty of our time.

The event took place under themes such as the “Implementation of an International Law for the Cessation of War and Peace”, “Harmony and Tolerance among Religious People”, and “Peace Education and the Role of the Youth and Students as a Major Part of the Future Generation”. It introduced the peace initiatives of HWPL, the DPCW and the development plans of a future direction in accordance with each country’s status.

In Kiev, which is a beautiful city that remains scarred by past sorrow, around 50 participants gathered, including religious leaders, justices, heads of NGOs, women representatives and journalists. Attendees were reminded of the importance of peace through the given speeches and held a serious discussion seeking the solution for peace and relief from the conflicts caused by religious discriminations. 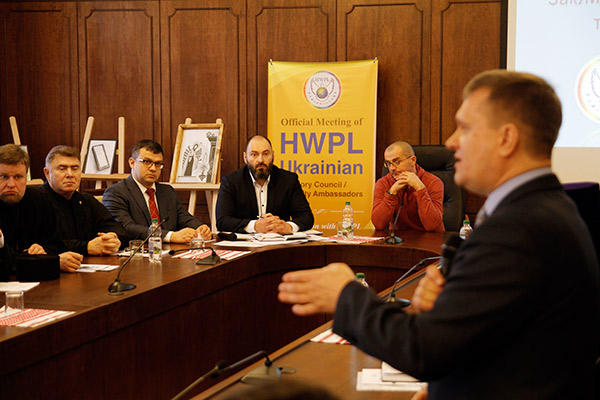 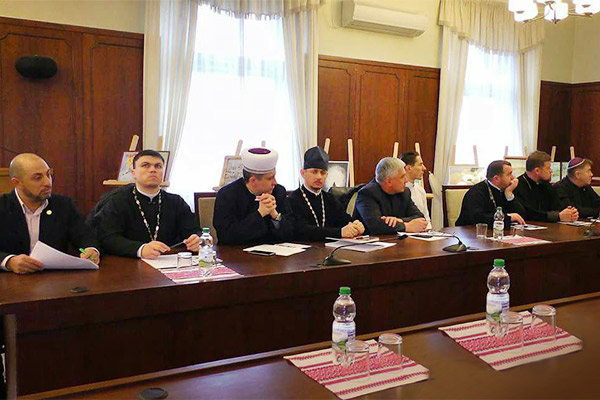 A Former Judge of the Ukraine Supreme Court Yelyzaveta Kovtyuk stated that “We hope that the United Nations will approve and adopt the DPCW of HWPL. We will witness together and Ukraine will be the first country to ratify the declaration.”

Leaders of various religious denominations, including the Orthodox Church of Kyiv, Roman Catholics and Islam, attended also a roundtable discussion during the 2nd Annual Commemoration of the Declaration of Peace and Cessation of War (DPCW).

The head of the Islamic Culture Department of Iraq Mr. Tariq Sarhan said “Nothing can be solved through war. We need a real solution that can solve all sorts of conflicts, and as religious leaders we think the fundamentals of religion is peace.”

The Deputy Head of Kyiv Regional State Administration, Dmytro Nazarenko emphasized the need to continue these meetings for a wide range of developments and said that the department of ethnicity, culture and religion will work with HWPL. 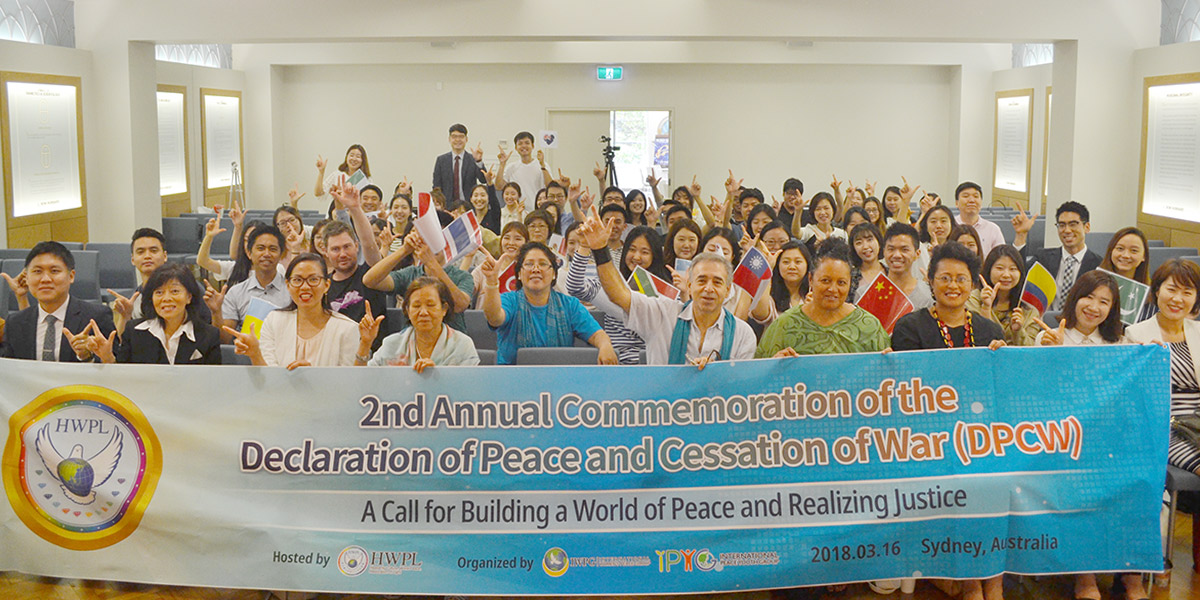 In Sydney, one of the world’s most beautiful port areas, religious representatives and journalists gathered to celebrate the 2nd Annual Commemoration of the Declaration of Peace and Cessation of War with speeches regarding the mission of the press and the necessity of the establishment of the law of peace. Following this, six religious representatives used the remaining time to announce a joint statement condemning the acts that have threatened peace through religious discrimination. 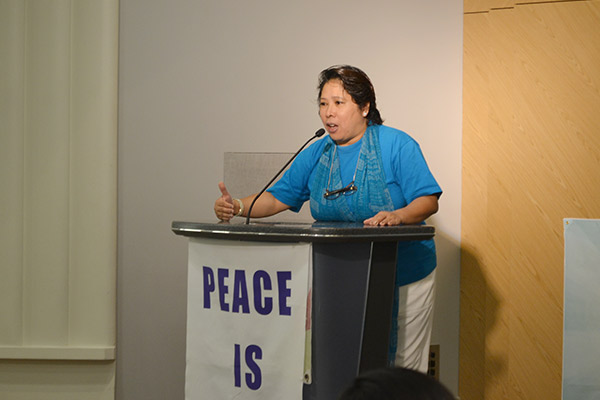 Marilie Bomediano, HWPL Peace Promoter in Australia and Radio Producer & Broadcaster of Radio Rizal 100.9 FM 2BACR, attended the event as a journalist. She lost her younger brother in Mindanao, Philippines, which has been suffering from intense conflicts and confrontation between religions. “My brother’s murder is an ‘injustice’ that occurred in Manila, but this is even more prevalent in the Mindanao region. The bitter memories of my young brother’s murder increased my radical thirst for truth and justice.

Journalists have a crucial role. After my participation in last year’s 3rd WARP Summit in Seoul, like other peace-conscious journalists with the UN community, I was reminded again of the crucial role we play in propagating positive messages and the hope of peace through our reports.” 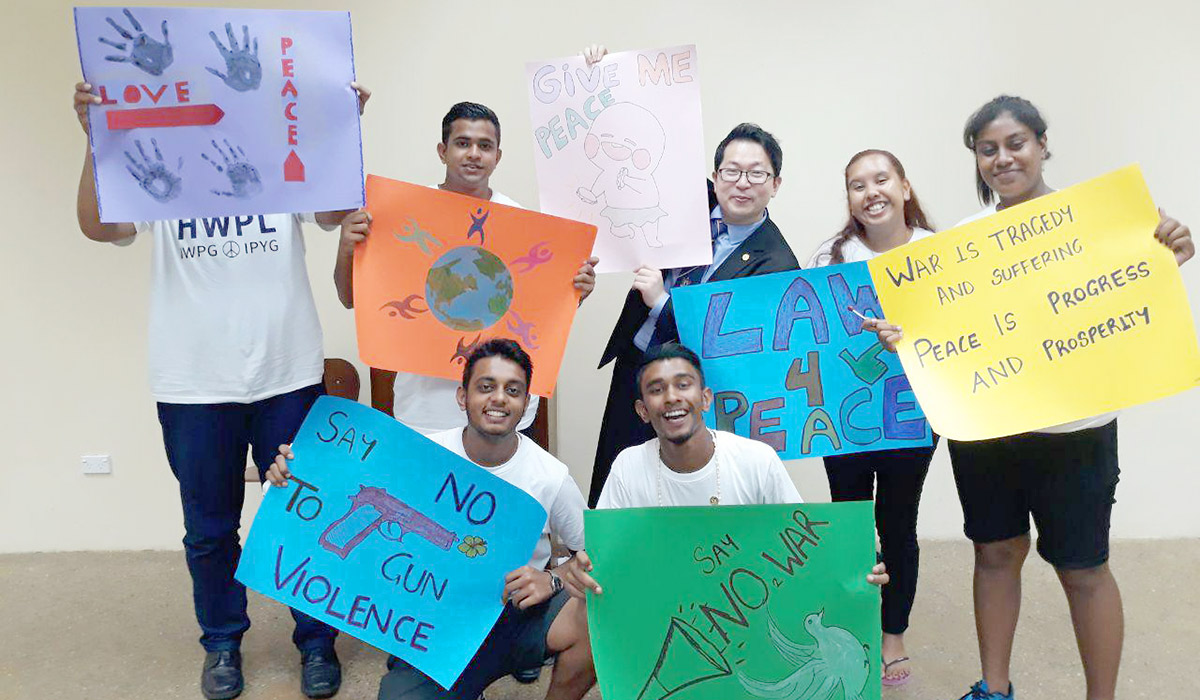 At the Wesley City Mission Church in Suva, Fiji, the 2nd Annual Commemoration of the Declaration of Peace and Cessation of War began with the video entitled “War and Peace”. Approximately 40 participants, including university students and youth group members, UN officials, representatives of women’s organizations, and journalists, attended the event. After several speeches, activities to urge for the establishment of an international law through writing peace letters was announced.

Epeli Vakatawa, a Freelance Journalist of Fiji One TV appealed to all attendees that it is crucial to establish and leave sustainable peace as a legacy to future generations, saying that “if we do not create peace now, our future generation will have no hope.” In addition, he joined all the youth in attendance to support and urge others to join the movement to build peace with one voice and a sincere message. “I do believe that peace is a very important lesson that every different kind of people should know because of the things that been happening in our world. I do know that I will support HWPL. Peace is more important than war and people are more important than weapons.” 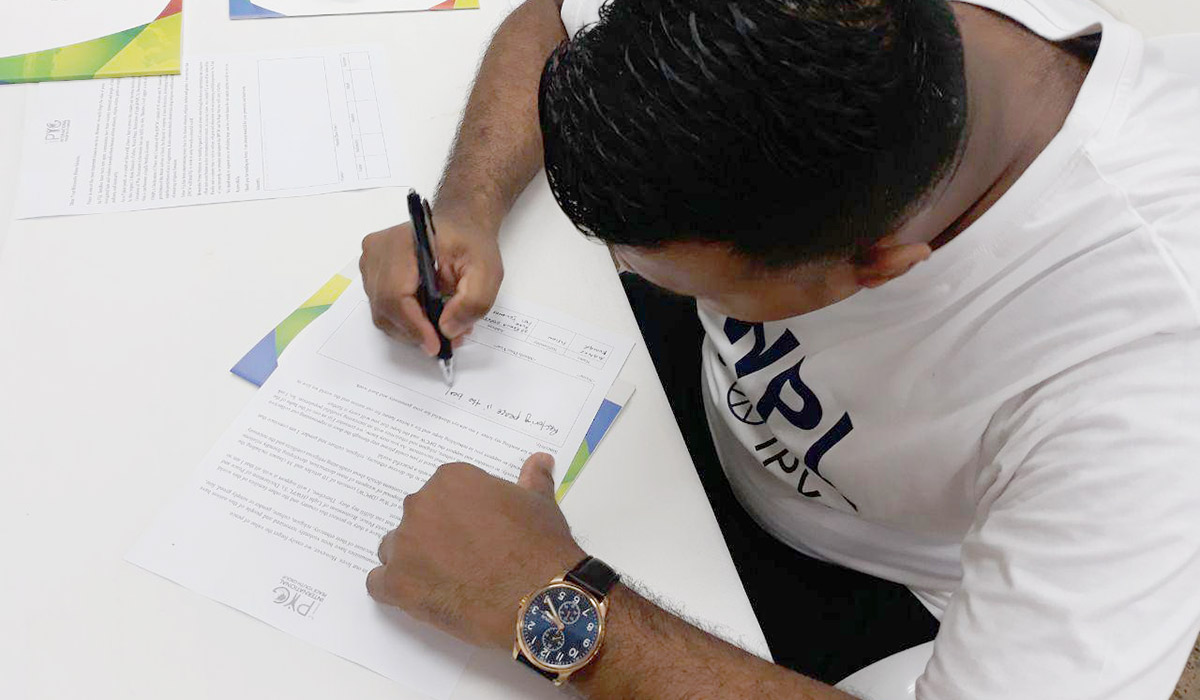