Skip to content
Previous
Next
Published On: July 25th, 2018

We are One with the Culture of Peace

Amidst the harsh reality where conflicts and disputes caused by politics and struggles for power have consistently occurred in South Sudan, many people are longing for and looking towards a future of peace. Then, what is the role of the youth in achieving peace under these circumstances? Youth should put effort into making it known to all people that they want peace and encourage everyone to have a heart that loves peace. For this very purpose, on March 17, 2018 in Juba, South Sudan, the 2nd IPYG Peace Concert was held by Junub Open Space and IPYG to spread a culture of peace, which is in accordance with Article 10 of the Declaration of Peace and Cessation of War (DPCW). 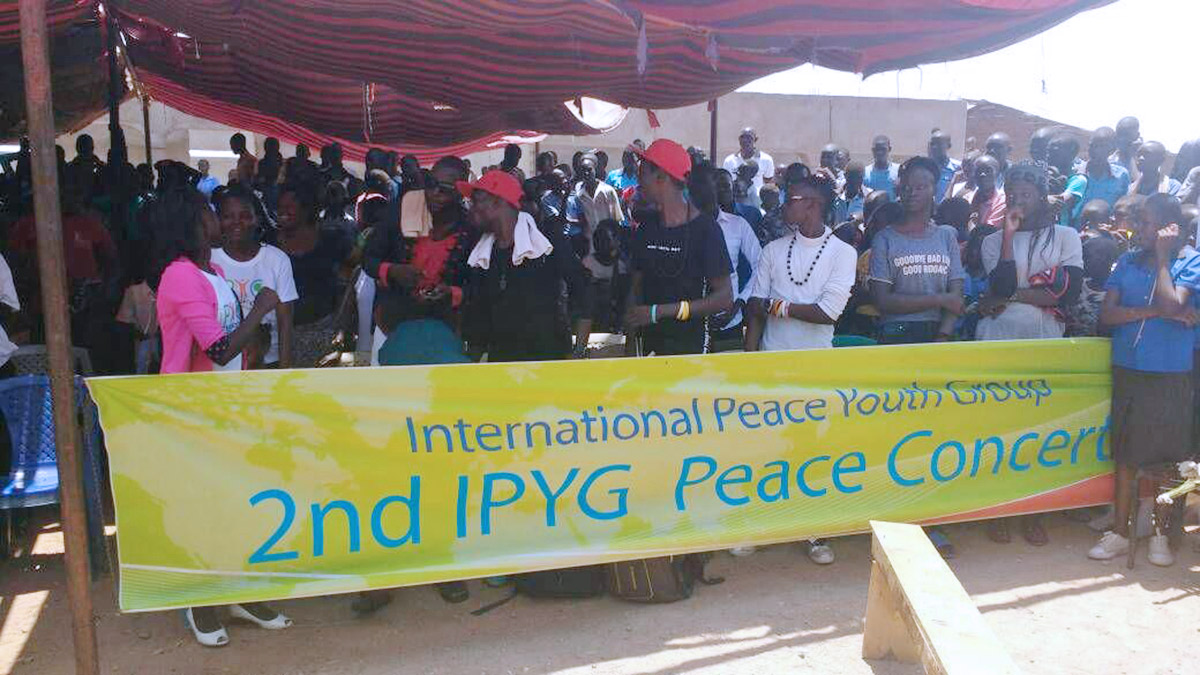 At the 2nd IPYG Peace Concert, through numerous colorful performances, performers with a desire for peace were able to spread a culture of peace to all citizens in Juba. Starting with the traditional dance of South Sudan and a welcoming song sang by Orphanage Straight Link Center (OSLC), the event continued with a song and a poem carrying the hope of having a peaceful world, as well as a drama showing the pain of war. In between these programs, prominent figures delivered speeches displaying their heart for peace which planted passion and aspiration for peace in the minds of all Juba citizens who participated in the concert.

Around 3,000 people including government officials, principals, and directors of non-governmental organizations (NGOs) participated in the concert. Those who attended the event united as one under the culture of peace, transcending age, gender, race, and position in society. It was at this time that they could truly experience a peaceful world without war. 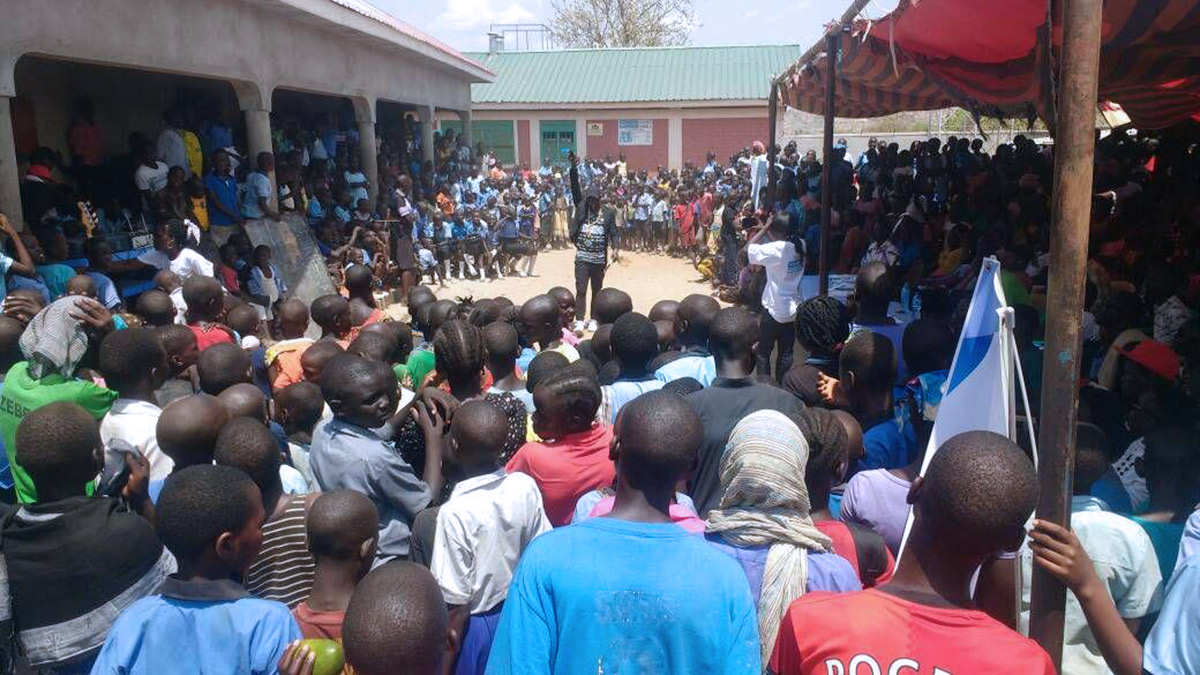 ▲ A large audience at the concert

Hellen Duku, President of Junub Open Space, who prepared the event said, “Thanks for the work. The concert was so beautiful. I can feel how much we stand for peace. We have the courage to pursue peace in South Sudan”. Furthermore, Justoson Victor Yuasa, Executive Director of the People’s Empowerment Center South Sudan also stated, “Thanks for supporting the carrying out of peace events where the country needed it most. We would like to extend such campaigns for peace outside Juba”, making a promise to carry out a variety of peace events with IPYG in the future.

The Peace Concert was held for the second time since last year. It has truly become an event that many people enjoy attending even though it has only been held twice so far. The people who prepared the concert, those who put on the performances, and the people who participated in the event are already looking forward to the 3rd Peace Concert that will be held next year. They hope for the day to come soon when this event becomes the best peace festival not only in Juba but in all of South Sudan. 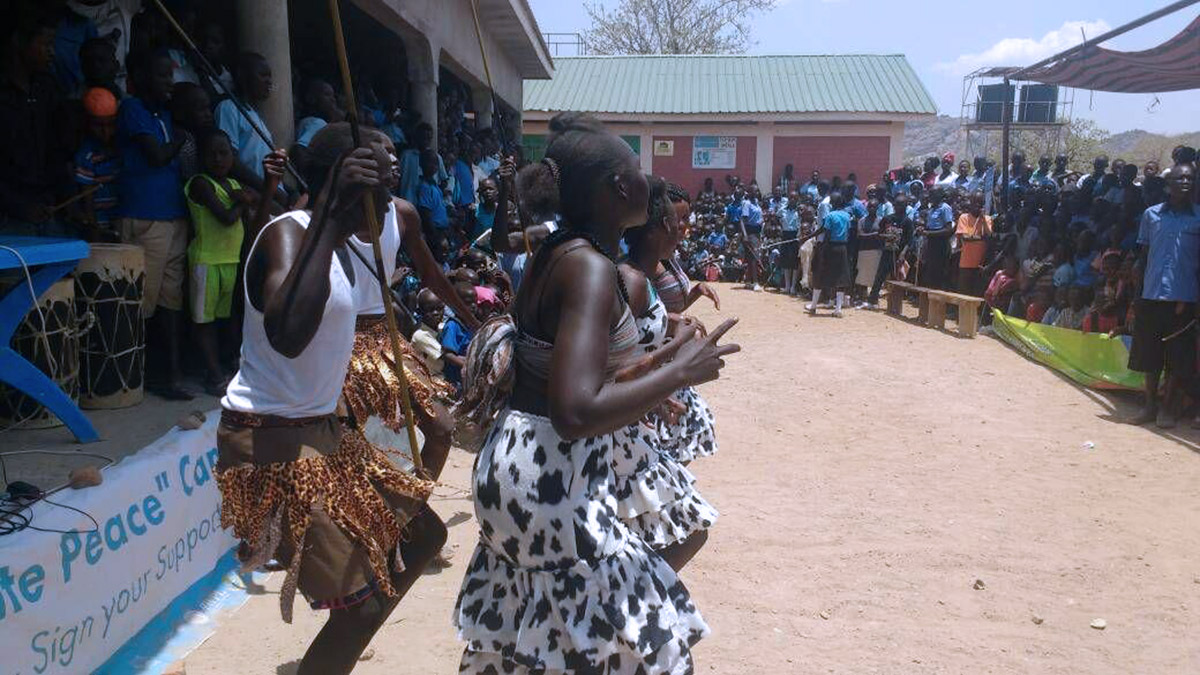