Skip to content
Previous
Next
Published On: September 27th, 2019

The 5th International Religious Leaders Conference was held at TheK Hotel in Seoul, South Korea on 19 September. Over 1,300 people including religious leaders were in attendance at the conference which was a part of the 2019 World Peace Summit. Heavenly Culture, World Peace, Restoration of Light (HWPL) is hosting HWPL World Alliance of Religions Peace (WARP) Office meetings and Religion Peace Camps around the world and religious leaders who attend these events come together annually at the HWPL World Peace Summit to present their achievements and search for ways of improvement.

The religious leaders conference was held in different regions around the world and South Korean religious leaders also came together under the topic of “Religious Peace through the Spread of a Culture of Comparative Scriptural Studies”. All the participants are an example to other religious people in ending religious conflicts and achieving peace.

Imam Abdulganiyi Ibraheem who has been at Seoul Yongsan Mosque Al Imam for the past 20 years and a participant of the WARP Office meetings since 2018 said, “however WARP Office’s Scripture discussion tries to see and listen to other Scripture from objective perspective in an atmosphere not criticizing one another as presenting according to each Scripture instead of claiming their own experience and value system.”

Furthermore, Venerable Ja Jeong, a senior member of Jogye Order of Korean Buddhism Harmony described his experience at the WARP Office meetings by stating, “gradually, I came to realize that the general flow of all the scriptures is one, from my time in participating in the scripture comparison discussions as a panelist. The concepts of mercy spoken in Buddhism, compassion and righteousness in Confucianism, and love spoken in Christianity are not so different from each other. I became certain that if the pulse of every scripture is one, unity and peace can be achieved. As I participated more and more of the scripture comparison discussions, things that were vaguely known to me as a religious leader became clear and certain.” 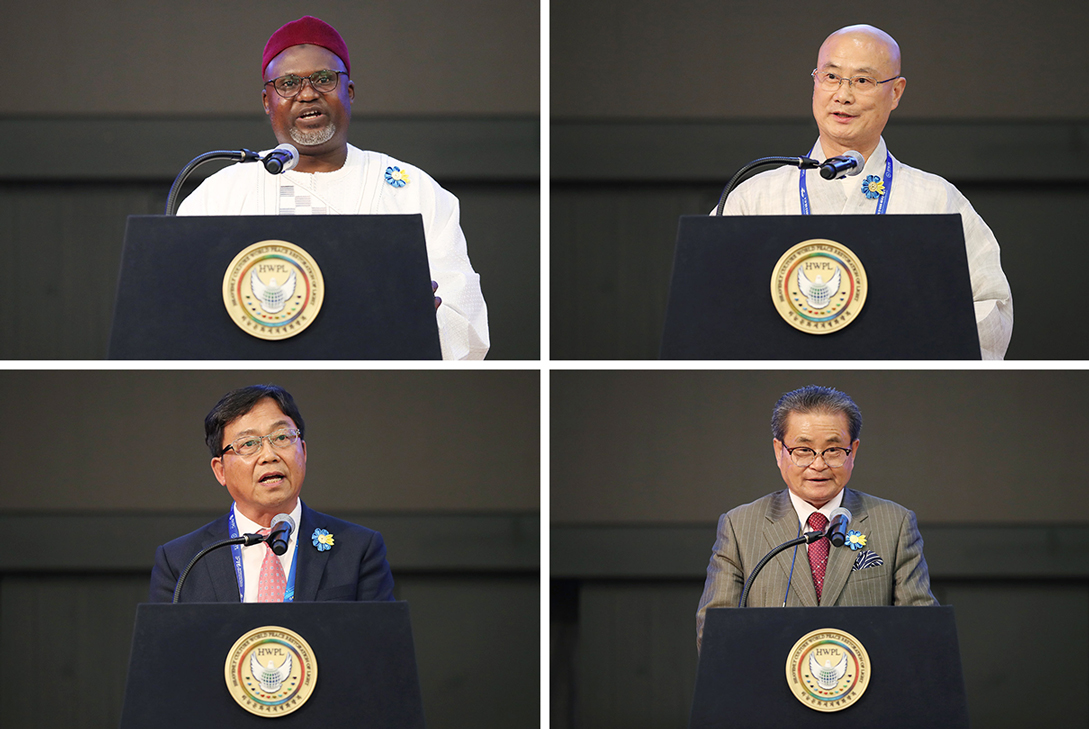 Reverend Jeong Taek Lee, the pastor of the Assembly of White Stone of Presbyterian Church in Korea, has taken part in the Dialogue for People of Faith for the past year. He expressed his disappointment with the South Korean churches by saying, “I became more interested in the peace work of HWPL after seeing that different denominations could talk peacefully without arguments. Also, even though the Constitution guarantees freedom of religion, the Christian Council of Korea is creating conflict by criticizing other denominations and even committing crimes.”

Mr. Deok Hyun Kim, the president of Dongbang Religion University stated, “a devasting case occurred in South Korea due to religious conflict. There was a case where a violation of human rights led to death. A girl was suffocated to death by her parents during a coercive conversion program that was ordered by a religious group. As someone who has experienced the WARP Office meetings first hand, I can confident say that all religious leaders must take part in the HWPL comparison of scriptures in order achieve religious peace” and emphasized that we should end religious disagreements in the country for harmony.

On this day, HWPL signed MOU’s with Guru Gobind Singh Study Circle, Sungkyunkwan Confucianism Conference General Headquarter, Korea Buddhism Jogyejong Conference), and World Buddhism Buddhist monk Wang cheng to expand the interaction between religious leaders in South Korea as well as religious harmony and a culture of peace. All the participants signed in support of the DPCW and the World Alliance of Religions Agreement.