Skip to content
Previous
Next
Published On: December 15th, 2017

In the short three years from its official beginning, the WARP Offices, serving as a venue for the realization of peace by all religions of the world, have seen rapid expansion with 218 offices now operating in 126 countries. The HWPL Religious Peace Camp that began this year has further enhanced the level of understanding of, and harmony between, various religions. 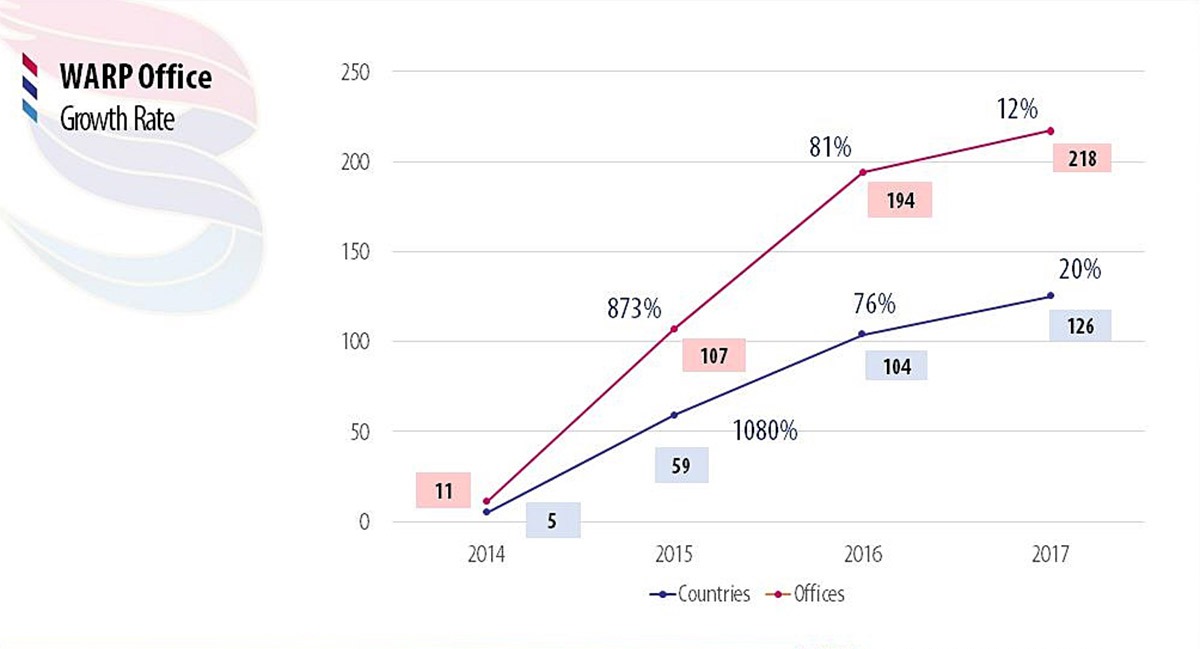 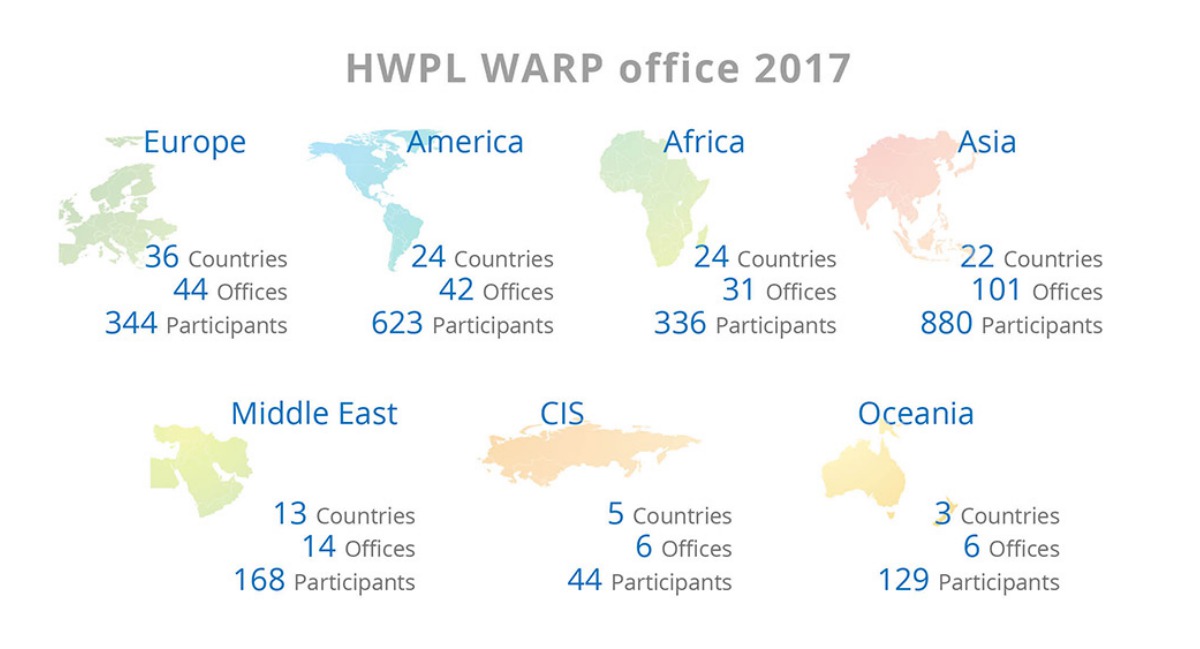 With approximately 2,500 representative religious leaders as participants, the comparative study on religious scriptures in WARP Offices has become the core support from religious leaders to seek true peacebuilding and harmony among religions based on correct understanding. This year participants have dedicated themselves to thoroughly researching what a “trustworthy scripture” should contain.

Such accumulated work allowed religious leaders to reach an agreement as to the standard of a trustworthy scripture, which was further discussed at the 3rd Annual Commemoration of the WARP Summit. A survey regarding possible attributes to clarify what a trustworthy scripture is and its requirements were conducted among religious leaders who participated in the WARP Office.

91 percent of all religious leaders participating in the WARP Office agreed that the following six attributes, 1) Good and Evil, 2) Birth, Aging, Sickness and Death, 3) The Spiritual Realm, 4) Cleansing of Sins, 5) History and Genealogy, and 6) Prophecy and Fulfillment, should be included for a religious scripture to be regarded as trustworthy. These attributes were also presented at the 3rd International Religious Leaders’ Conference. 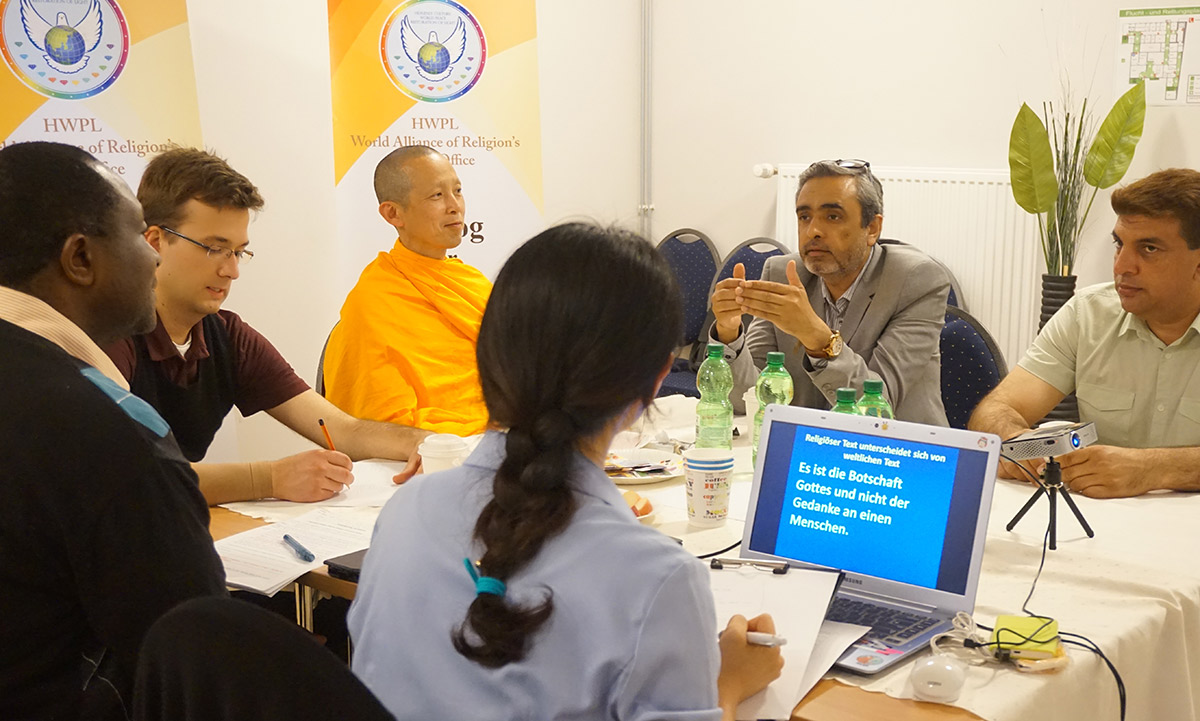 Grand Ayatollah Seyed Reza Hosseini Nassab emphasized the role of religious leaders in engaging in the pursuit of religious harmony through the WARP Office by saying, “We should support the WARP Office discussions, as the significant link and the great network for the worldwide religious institutions and spiritual leaders, to show the cooperation and solidarity of all religious leaders, and to send the message of tolerance, peace and unity to all people around the world.”

Another fruitful outcome in 2017 was the HWPL Religious Peace Camp. This began in April at Phnom Penh in Cambodia and was subsequently held in India, Mongolia, Myanmar, Nigeria, China, Poland, Taiwan, Lithuania and the Netherlands.

While the WARP Office meetings are conducted by religious representatives, the HWPL Religious Peace Camp provides citizens and students from different religious backgrounds the opportunity to learn and experience each other’s religion and build up communication to reduce the barriers blocking proper understanding. 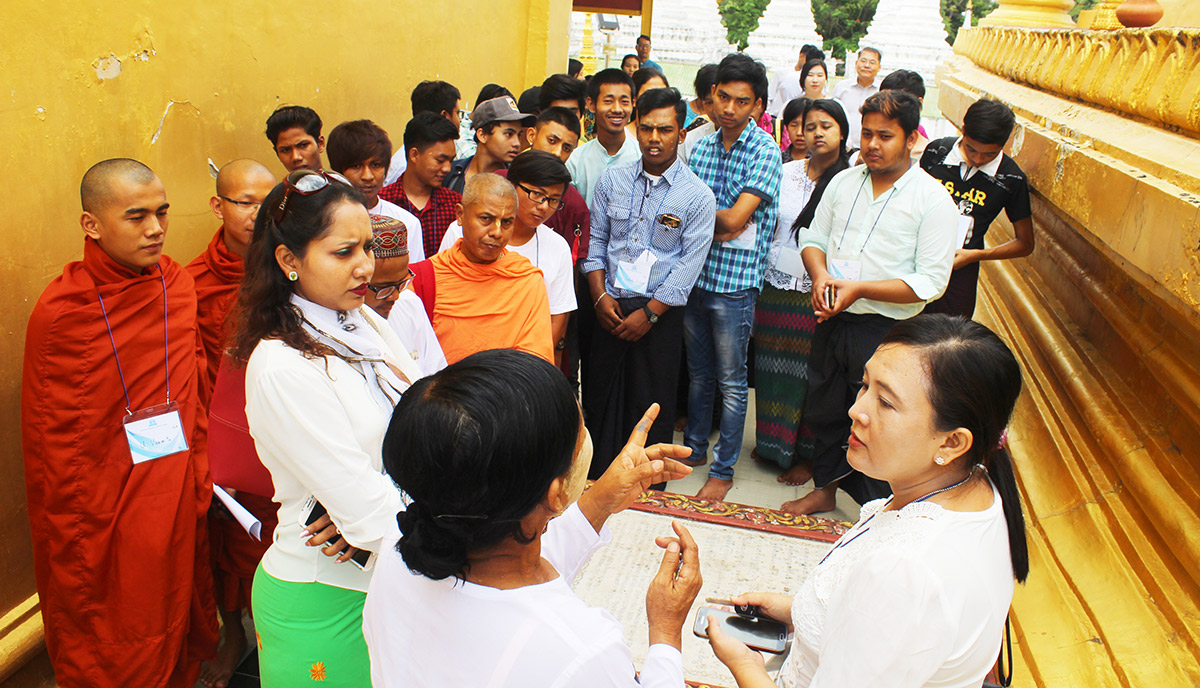 One of the participants commented, “I was born as a Buddhist and had uncertain fear about Islam. But such thinking faded away as I joined the camp. When I entered a Mosque and met Muslims, what occurred to me was that they are the same people who believe God, seek truth and try to live with good heart as we Buddhists do.”

“It is amazing that people from different religions can meet and communicate with each other about peace. I think peace and harmony of religions can be achieved as we continue to do this work,” said another participant from the Netherlands.

From the 194 offices operating in 104 countries last year, HWPL’s nonstop and steady work of peacebuilding with the expanded 218 WARP Offices in 126 countries and additional international communities has seen both quantitative and qualitative growth. With strong faith in the crucial role of religions in creating global peace, people with traditional differences have become one under the name of peace.

It is in the hands of people with different religious backgrounds to come together for a peaceful world.