Skip to content
Previous
Next
Published On: December 21st, 2017

The 15th IAVE Asia Pacific Regional Volunteer Conference & Youth Volunteer Conference was held at Kuala Lumpur Convention Centre, one of the most famous venues in Malaysia, on 22 November 2017. Under the title of ‘Power of Volunteerism: What have you changed?’, the conference was hosted by Yayasan Salam Malaysia, the biggest volunteer NGO In the area, and attended by 610 people from 32 countries for a duration of 5 days from the 22nd to the 26th of November.

The Youth Conference was inspired by the Region-Specific Discussion for the Implementation of the Declaration of Peace and Cessation of War (DPCW) held 2 months earlier in September at the 3rd Annual Commemoration of the WARP Summit. At that time, nine Malaysian delegation members discussed various action plans to demand the implementation of a peace education policy in Malaysia under the theme of “Establishing Collaborative Governance for Peace”. Based on these ideas, the IAVE AP 2017 Youth Conference was held.

The International Association for Volunteer Effort (IAVE), which co-organized the event with Yayasan Salam Malaysia, is an international NGO founded in 1970 for the purpose of promoting volunteerism. IAVE advocates interaction between the governments of each country and civil society to form a culture of volunteering, as well as to discuss the improvement of current policies and the implementation of new policies related to international social issues through the biannual continental conference.

Peace Education: Starting from the Spirit of Ownership for the Benefit of Humankind 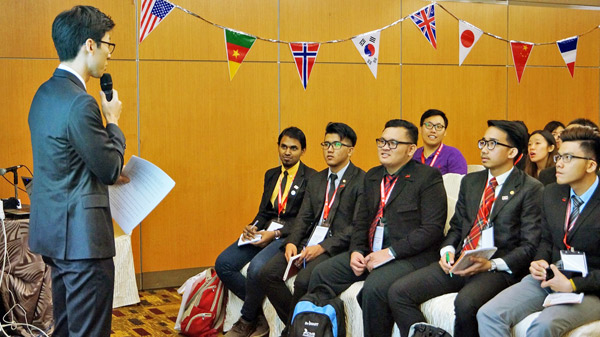 As an international peace organization, HWPL delivered a keynote speech during the opening ceremony of the IAVE Asia Pacific Youth Volunteer Conference 2017. The project director of the HWPL Northern Seoul & Gyeonggi Branch stated, “The fact that we are the owner of our community, country and furthermore the human society that we belong to…this ownership is the very foundation of volunteerism. What values are sowed in young peoples’ hearts decides our future. Thus, peace education is the most powerful way to inherit the legacy of peace to the future generations for them to obtain this sense of ownership,” showing the true need for peace education in the world.

Also, after the opening ceremony, the International Peace Youth Group (IPYG), which plays the role of a wing of HWPL, featured various programs in the subsequent breakout sessions. These included the “Human Library” session in which designated personnel became live books in order to tell their stories; the “Movie Talk Concert” where people could discover environmental issues and solutions for a sustainable earth through movies; the “IPYG Youth Empowerment Game” which allowed youth to become decision-makers and leaders with the task of building a peaceful society; the “Social Media Session” that engaged youth in peacebuilding and showed their role in the era of mass media. These various programs motivated many youth and other participants to establish their solidarity for peace. 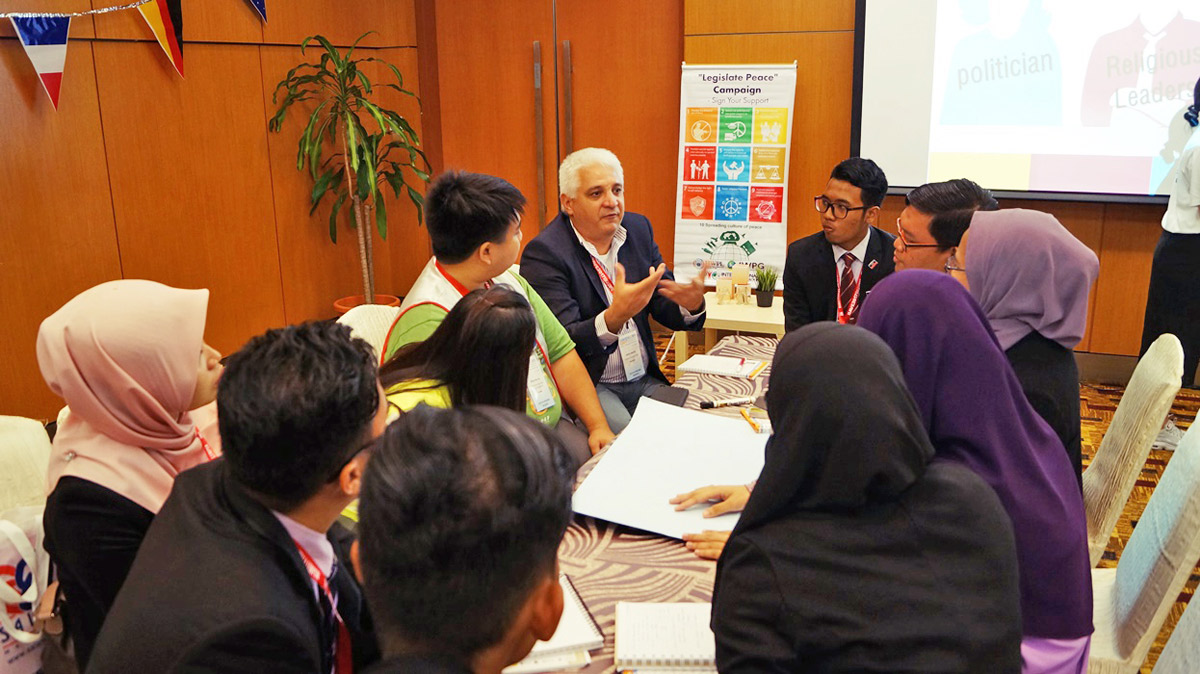 At 9AM in Kuala Lumpur Convention Center room 304 on November 23rd, the IPYG Youth Empowerment Game session began with fervor. The title of this event was ‘The barrier of diverse ethnicity and Syrian civil war: What’s your decision to make peace?’. The MC of the event asked this question while showing a video clip entitled ‘Let’s Open Our World: The DNA Journey’ which was created by individuals with 67 different ethnicities and nationalities.

“These days, where violent extremism, frequent acts of terror and anti-immigration policies are central issues, how significant is the concept of ‘Ethnicity’? Is there any clue about how to resolve conflict caused by these issues?”

Youth participants openly expressed their opinions during this role-play game with the mission of the realization of peace, some of which are highlighted below.

DPCW: a Catalyst for Peace Development 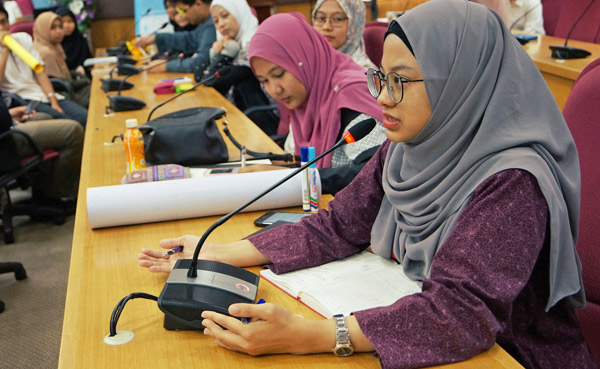 Wafa Aimi, a student of international law at USIM, shared her comments after attending this event. “The invention of a legal framework and all these initiatives will give a big impact in order to foster peace at both national and international levels. The DPCW would be a plausible check and balance instrument to limit the inherent rights for a state to resort to a war consonant with other considerations. These are the catalysts of positive changes and it will eventually show its path for developing peace processes in our world. The international community needs a wide-ranging legal approach that can guide and help the citizens, irrespective of their ethnicities, nationalities and religions. Although challenges are inevitable in the form of ethnic hatred and religious conflict…but as quoted from HWPL Chairman’s speech at the Peace Festival, “This precious and indispensable gift was bestowed upon the human race as a legacy from heaven. Who must protect our world? It is us, the family of the global village. Neither wealth nor power can be passed down as a heritage if we fail to stop wars. Mankind and our Earth will share a fatal destiny.”

HWPL, which provided a demonstration of the various peace education contents at the 15th IAVE Asia Pacific Youth Volunteer Conference, plans to pursue the policy-making processes regarding peace education through a variety of programs and initiatives. HWPL, together with Yayasan Salam Malaysia, is organizing NGO forums that can continuously advocate the necessity of the enactment of policies by NGOs regarding peace education and the presentation of such policies to the Malaysian government. This would be made possible through the formation of a network of NGOs in Malaysia created on the basis of the outcomes of the IAVE conference. There are also plans to have diverse peace education activities that can be advocated for within youth and women organizations, which are the main groups working at the civil society level. 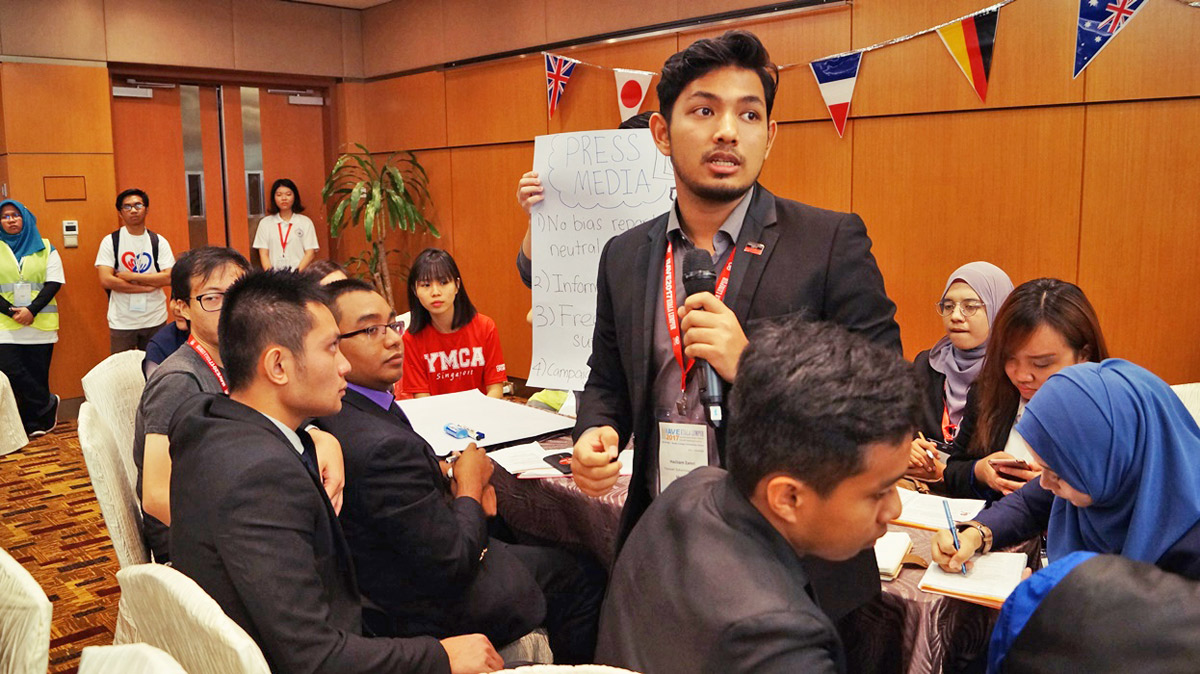 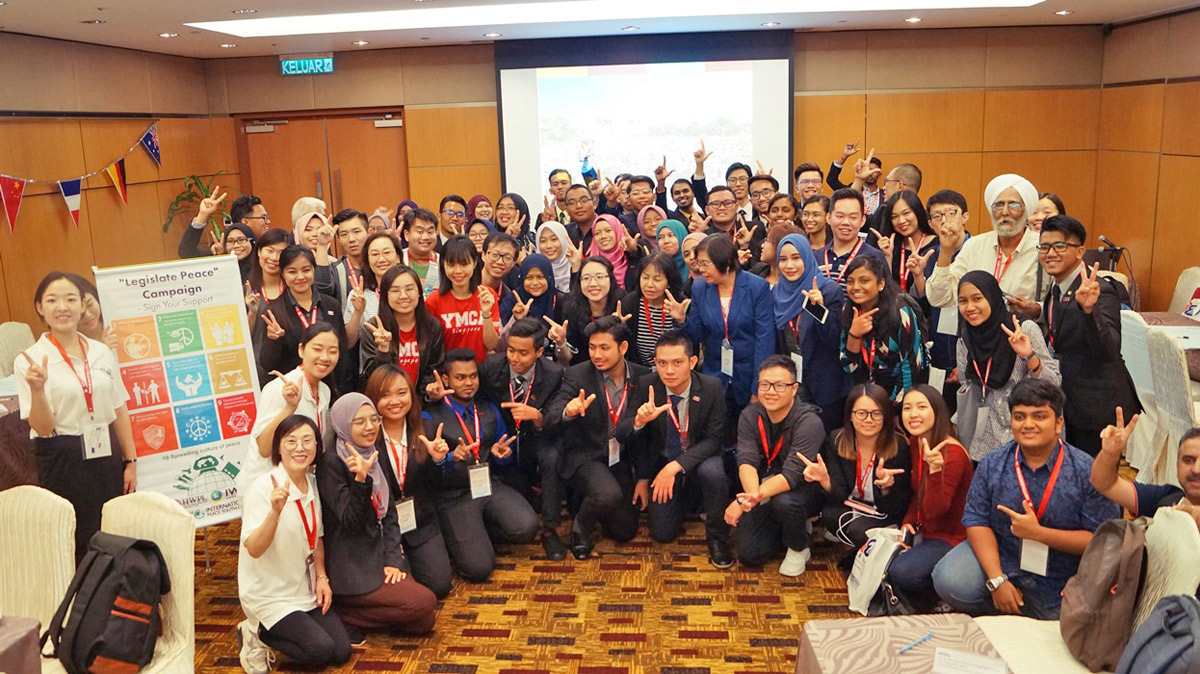