The Answer to Peaceful Reunification on the Korean Peninsula seen through the DPCW: Article 5 “Self-determination”

On August 15, 1945, Korea was finally liberated from the annexation and illegal occupation of its land that was carried out by Japan and was to gain independence as promised during the Cairo Conference. However, U.S. and Soviet Union military forces were sent and stationed separately across the 38th Parallel, to the south and north respectively. As a result, the country was forced to endure the miserable fate of division. Following the end of World War II, the international community was in a whirlpool of confusion and changes in international order, so the Republic of Korea was officially divided, regardless of its will, and these roots of war only deepened due to an intensifying internal conflict between the left and right political ideologies. Since then, the Korean Peninsula has been divided for more than 70 years. 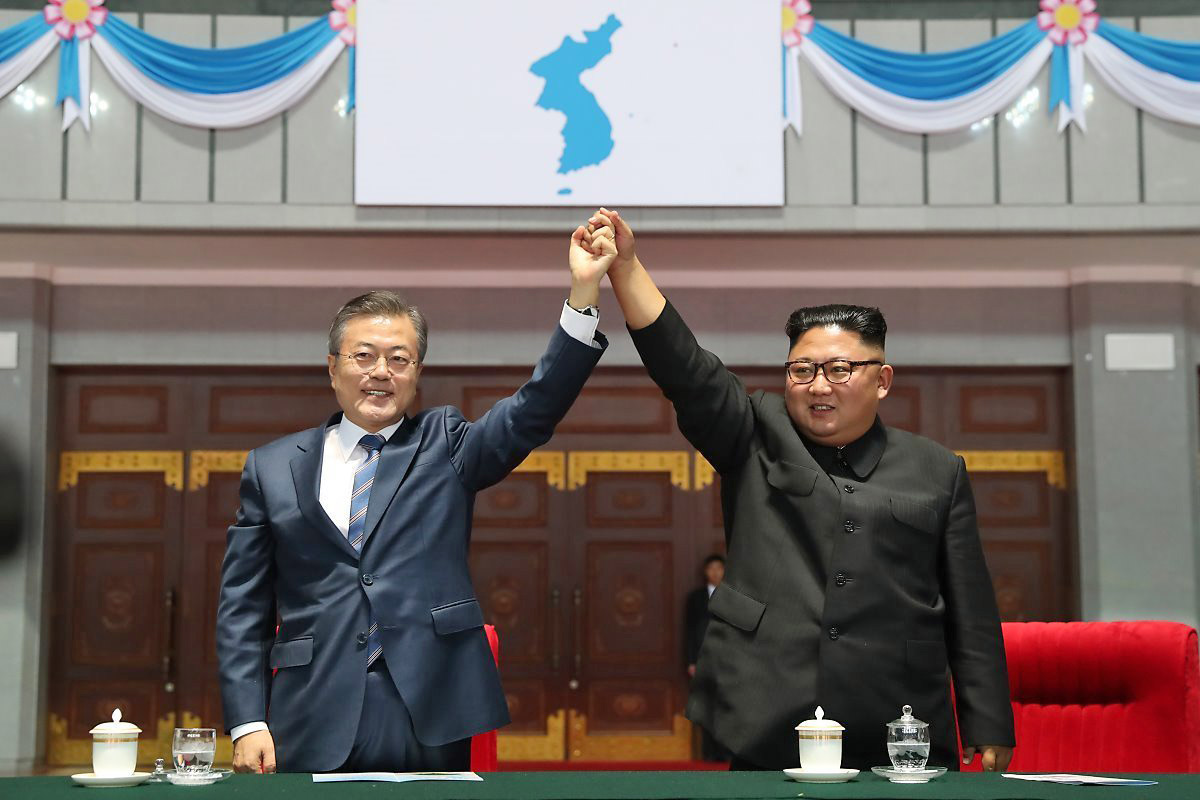 However, with the announcement of the Panmunjom Declaration on April 27th and the Pyongyang Joint Declaration proclaimed on September 19th this year, the atmosphere and mood for peace between the two Koreas is spreading rapidly. The core content of the Pyongyang Joint Declaration is to reaffirm the principles of national independence and sovereignty and self-determination, as well as to promote peaceful national reconciliation, furthered cooperation and sustainable peace and prosperity within inter-Korean relations. Moreover, the foundation behind the main content of this declaration is to finally realize the desire of all Koreans for the implementation of policies that will develop inter-Korean relations in such a way as to lead to reunification.

The news of peace that has blossomed for the first time in 70 years is softening the division in the Korean Peninsula and heating up the hearts of people all around the world who are now desperately hoping for the peaceful reunification of the peninsula. In addition, going beyond simply achieving peace on the peninsula, this shows that world peace and peace between all of mankind is no longer an ideal, Utopian concept, but rather is a feasible reality in our lifetime. 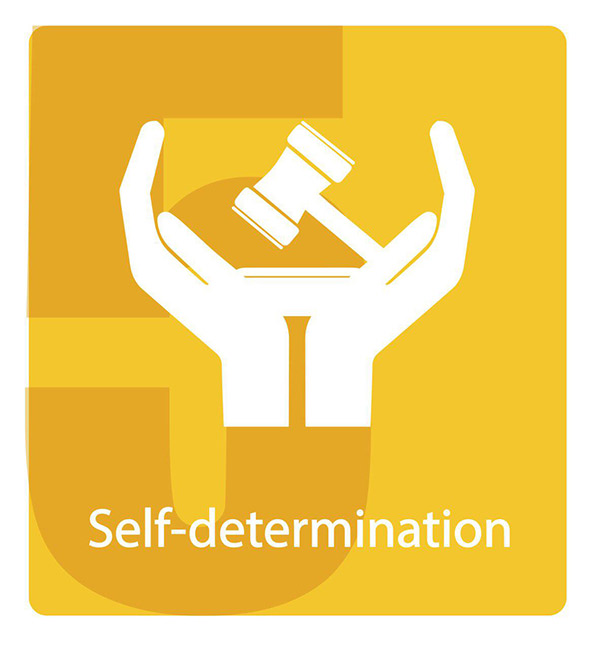 There should never be a need to point guns at the chests of our brothers again, as we are all one people, so we must put down the guns and turn away from them as soon as possible and create a new world of peace ourselves. The two leaders have grasped hands in peace and this connection should never be broken for any reason, including international pressure or interference from nations both surrounding and involved in the affairs of the Korean Peninsula.

The right to self-determination for divided nations, which includes measures that lead to a unified government, is also explained clearly in Article 5 Clause 4 of the Declaration of Peace and Cessation of War (DPCW). As stated in Article 5 of the DPCW ‘Self-Determination’ refers to the rights of the state and its people to freely enjoy their own unique way of life without the threat of being invaded or colonized by other countries. In light of this, all states also have a shared duty to refrain from acts that threaten the territorial integrity or political independence of another state, especially through military action. This includes, but is not limited to, foreign intervention and the act of separating or annexing a portion of the territory belonging to another state.

This definition of basic self-determination follows the content contained within resolutions of the UN General Assembly. According to this, self-determination refers to the right of the nation to freely choose its path to development without any internal or external discrimination based on politics, economic conditions, society, religion, ethnicity or culture. The guarantee of self-determination lies with the people, not the state. Therefore, this must be given as a right to the people, who should be able to engage in important decision-making efforts regarding critical issues such as independence, division or steps towards the unification of ethnic groups within a country all of which have a significant impact on the relations between countries and within the international community as a whole.

There have been many historical instances where self-determination principles have failed to apply and that artificial intervention by certain countries has caused conflicts. National self-determination has become an important principle in the international community since World War II, but it still does not apply equally to all ethnic groups in the world. Kurds are still living in Turkey, Iran, and Iraq, and the people of Tibet and Chechen are still suffering despite its long struggle to gain independence.

Under the provisions contained within the DPCW, outside states should encourage nations that have long been divided by external and historical factors to participate in cooperation and dialogue. It also states that they should ensure that the people have the right of self-determination and measures can be taken to enable the establishment of a unified government. This particular provision will not only influence the idea of self-determination but will also directly affect the situation on the Korean Peninsula, which remains as the only divided nation in the world. 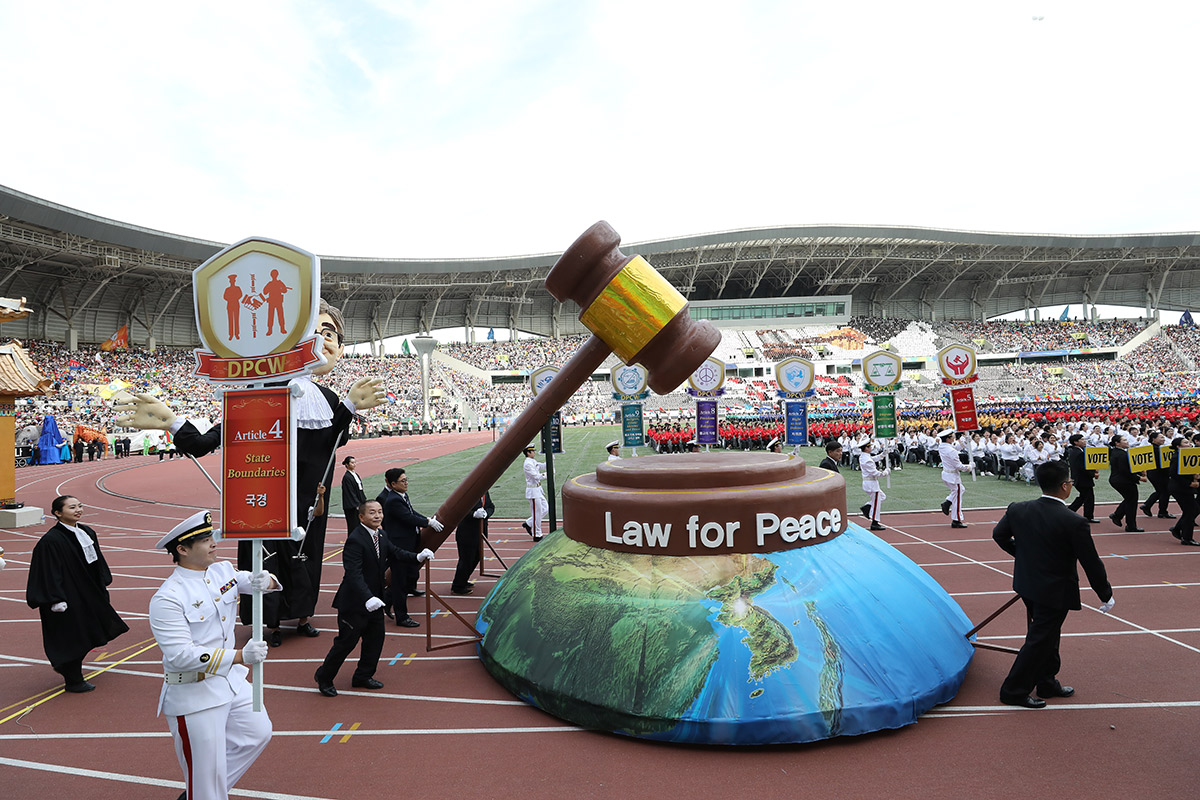 National support for the DPCW is currently spreading at a rapid pace. This means that the current heads of state have acknowledged the core principles of the DPCW and express their full support for its future development and implementation as a legally binding instrument.

The DMZ (Demilitarized Zone), which was like an unstable container of gunpowder, recently withdrew its forces and weapons, thus beginning the process of disarmament. The DMZ is expected to be used as a tourist destination in the future, as well as a road where vehicles can easily travel for peaceful purposes. Currently, the two leaders are taking active steps to carry out the joint declaration in close cooperation with one another. We sincerely hope that the day when South and North Koreans can freely travel together will come quickly and erase the pain of division and write a new future of a unified people in the history books of peace.