Every year on May 25th, people from all different backgrounds gather to promote the most significant value of mankind, peace, by joining the Peace Walk to commemorate the Declaration of World Peace. The slogan “Everyone should be messengers of peace” from the peace walk in 2013 became the universal voice for all life and peace-loving global family members beyond the labels of nationality or age, not to mention cultural and religious differences. This year, the peace walk spread across 73 sites in 34 countries with big waves of support for the realization of the Declaration of Peace and Cessation of War (DPCW) and the spreading of a culture of peace. 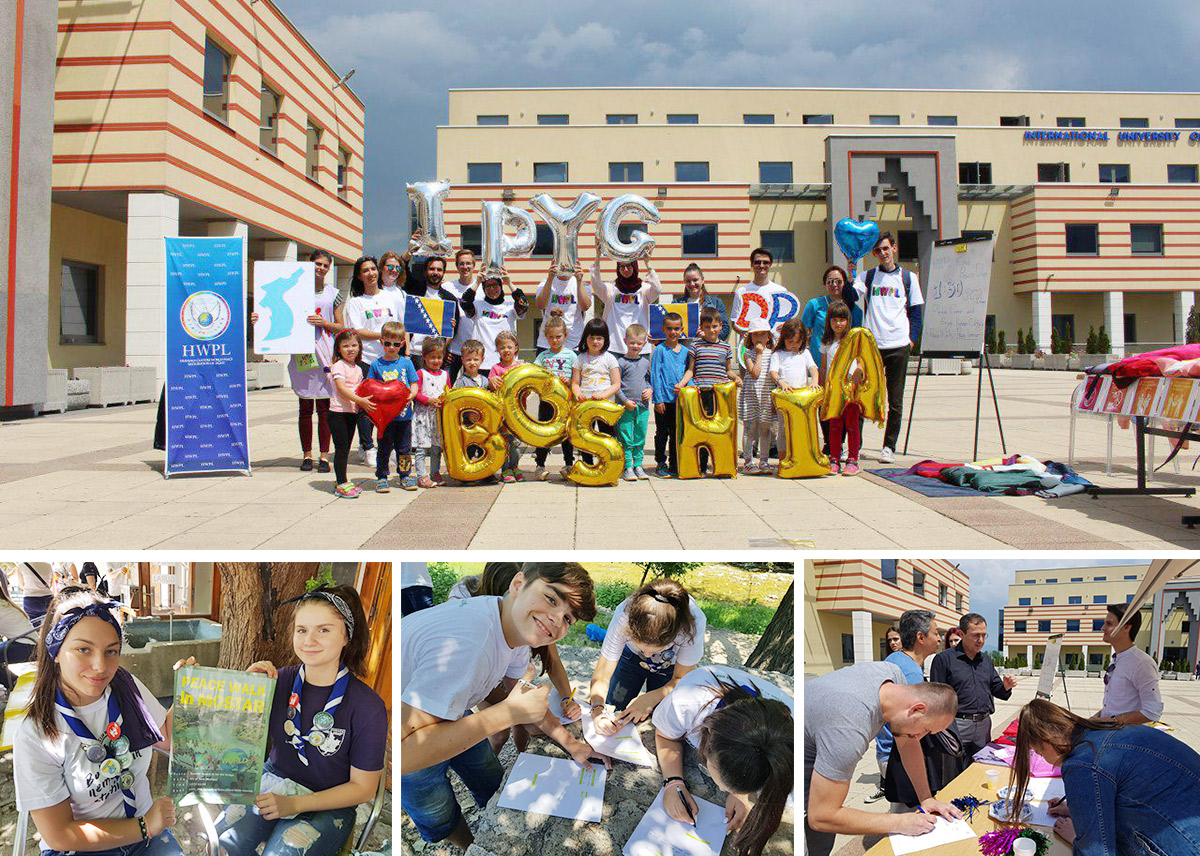 The small city of Mostar in Bosnia and Herzegovina is registered under UNESCO World Heritage Site as the symbolic place of global cooperation and reconciliation. In this city, the peace-promoting event held at the Mostar bridge, which had withstood numerous wars in the past 500 years, received much attention from the entire city since the 7 local media outlets covered the event. What was truly exceptional is that the catholic representative school (Mostar University) and the Islamic representative school (Dzemal Bijedic University of Mostar) collaborated to host this peace event. Many see their collaboration as a sensational step toward peace in Bosnia. Even at the Sarajevo International School, youth ranging from kindergarteners to college students joined the waves of peace by promoting the DPCW and writing peace letters. 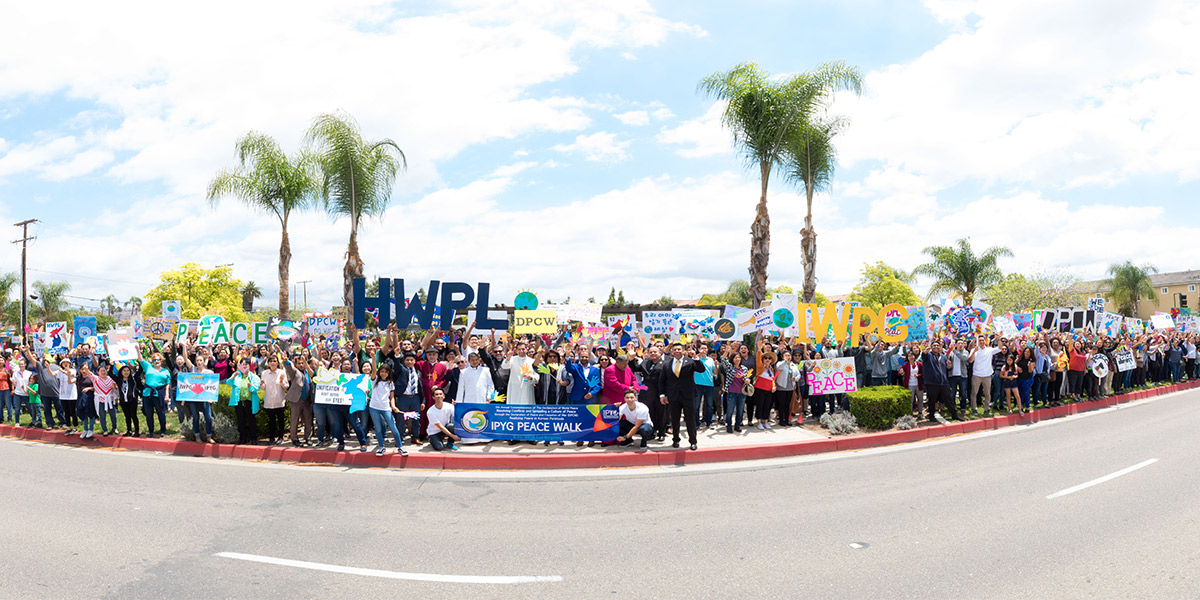 The voice for peace also spread across La Habra in the United States where individuals coming from diverse backgrounds, ethnicities, races and cultures coexist. 500 young adults and citizens, members of the city council, CEOs and religious leaders became one under peace and participated in the peace walk at Brio Park. Bishops and former and current archbishops of Anglican churches in 4 countries, such as El Salvador and Ecuador, graced the occasion with their footsteps for peace as the representatives of religious leaders. Archbishop Enrique Jose Albornoz Cano from the Anglican Episcopal Church of Venezuela said, “It is crucial work for me to join the peace walk.” 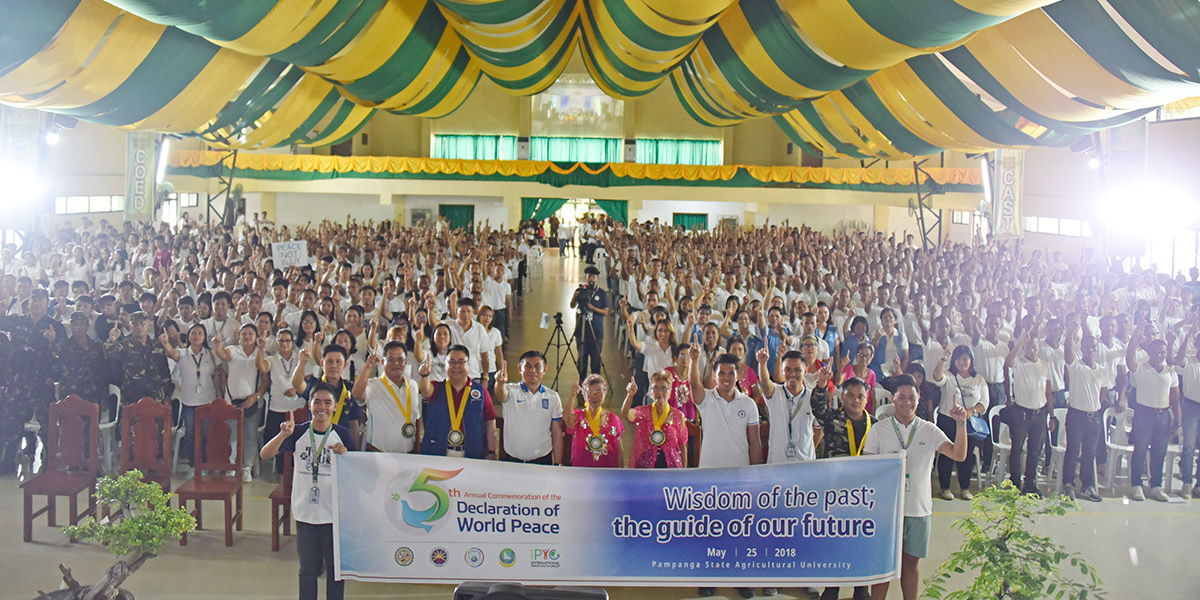 Despite many hardships and challenges in its history, the Philippines is now at the forefront in spreading a culture of peace. The commemorative event with the theme of ‘Wisdom of the Past; the Guide of Our Future’ was held at the Pampanga State Agricultural University. 1500 participants including the president of the student council, the head of the faculty and staff, the chancellor, the director of a bureau at the police station, and numerous students joined the event ‘Peace Letters by Youth for the Peaceful Unification of Korean Peninsula and 10 Million Signatures of Support’ and peace walk, which was then followed by an inspirational speech. In his speech, Dr. Ronald Adamat from the Commission in Higher Education shared about his experiences as a youth growing up amid the Mindanao armed conflict. He also emphasized the significant role education plays in spreading a culture of peace.

The chancellor of the Pampanga State Agricultural University gave his word that he will actively encourage all faculty and students to participate in spreading peace and pick up the responsibility for the future generations. President of Malaya Lola’s (a group of Filipino women who were abducted and raped by Japanese troops in their village) Isabelita Vinuya and Vice President Pilar Galang, also shared their painful experiences during World War II, emphasizing that such torment should not be repeated against any youth. At the end of the event, all the speakers signed their support for HWPL’s Declaration of Peace and Cessation of War, raising the awareness of peace among those at Pampanga University.