Skip to content
Previous
Next
Published On: March 14th, 2019 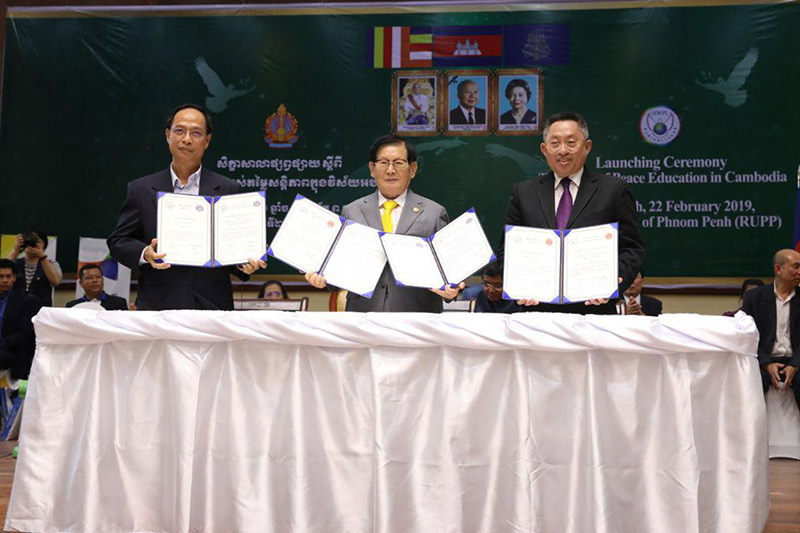 During the event, the HWPL Peace Education Committee was appointed and further action plans to execute peace education were discussed. HWPL pledged to promote peace education across the Kingdom of Cambodia by signing a Memorandum of Understanding (MOU) for HWPL Peace Academies with 19 other schools and universities.

H.E. Kim Sethany, Secretary of State of the Ministry of Education, Youth and Sport, said “I think that this seminar for the promotion of peace education will enable students to clearly understand and appreciate the value of peace, to share the knowledge they have learned, and to contribute to peace-building in the nation and the world” 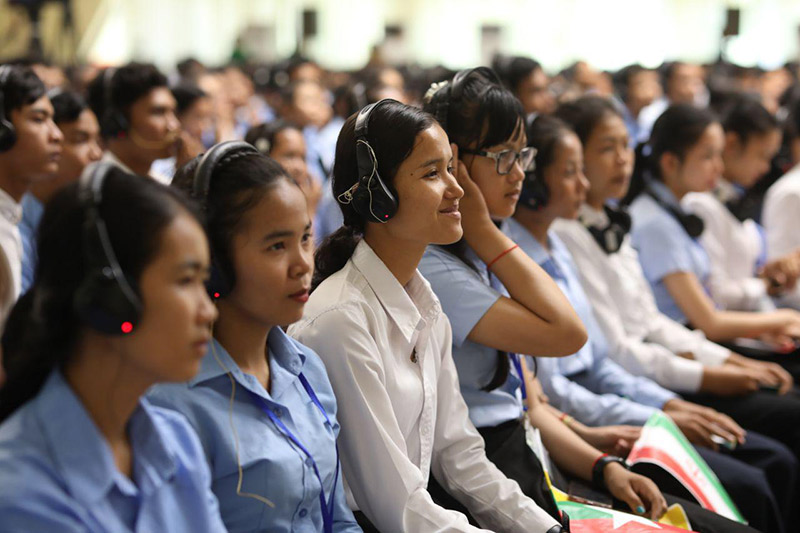 According to HWPL, it has signed MOAs for the implementation of peace education and the establishment of peace academies with 189 schools in 20 countries including Indonesia, the Philippines and the United States. The HWPL Peace Education Committee, which is specially organized under the Ministry of Education, is expected to take part in researching and planning for peace curriculums which will serve to plant the spirit of peace within the future generation of leaders.

Peace education, which is one of the main initiatives of HWPL, is intended to cultivate individuals with the values and spirit of peace. To achieve this objective, schools designated as HWPL Peace Academies have carried out peace educational programs every semester. 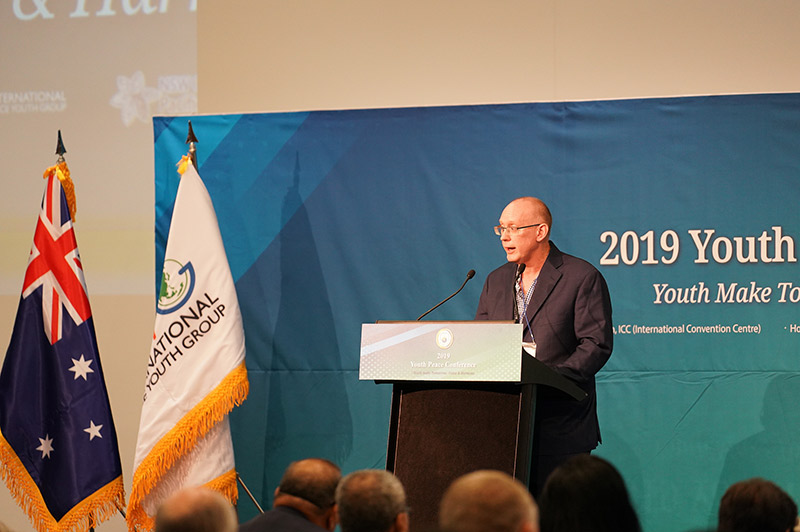 On 18 February, the International Peace Youth Group (IPYG) held the “2019 Youth Peace Conference” under the theme of “Youth Make Tomorrow: Unity & Harmony” at the International Convention Centre, Cockle Bay room in Sydney, Australia. This event, attended by 45 leaders in the fields of politics, education, and youth organizations, as well as 350 audience members, was aimed to promote the collaboration of civic groups for the establishment of an international law for peace.

Youth group leaders delivered peace letters to 11 national leaders including the Governor General of Tuvalu. In his speech, H.E. Iakoba Taeia Italeli, Governor General of Tuvalu, replied to the youth by saying “I have received your hearts through the letters, and will make the best of my effort to realize the world you are dreaming of so your hope can come true. I will do my best to encourage the rest of the world to support the DPCW so that we may bring a better future for the youth.”

On 15 February, a grand peace festival under the theme of “We are One for Peace to Attain Sustainable Development” was held with 30,000 participants in the Philippine Sports Stadium in Bulacan in order to forge international peace solidarity.

This festival was co-organized by Heavenly Culture, World Peace, Restoration of Light (HWPL), a UN-affiliated NGO headquartered in South Korea, and Volunteer Individuals for Peace (VIP), a non-profit corporation registered with the Securities and Exchange Commission (SEC) in the Philippines. The event was attended by social, educational, and political figures such as governors, 11 Davao chiefs,16 university presidents, professors, students, citizens and the media. In the opening ceremony, students attending 13 different universities held a grand parade and various performances for the festival. 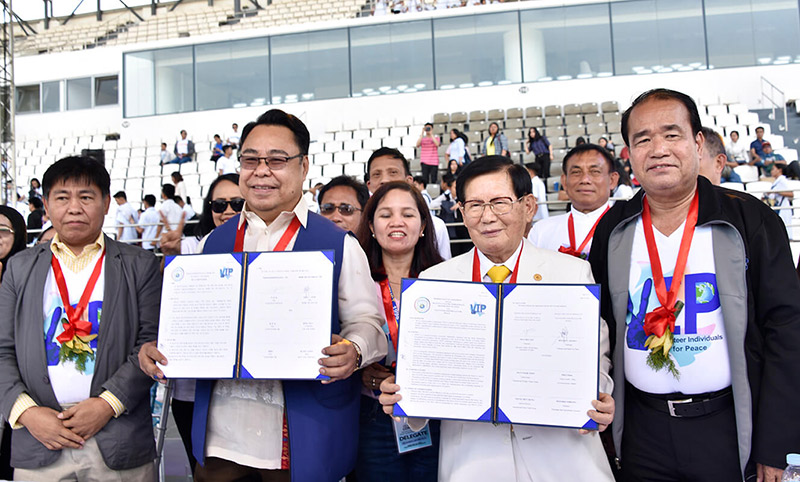 In their partnership established through the Memorandum of Agreement (MOA), HWPL and VIP planned to expand the work of peace starting with State Universities and Colleges (SUCs) and Local Universities and Colleges (LUCs), and they also established January 24th as the ‘Day of Peace’ in support of the DPCW. The event concluded with a signing ceremony for the “Philippine Peace Declaration”, which was set as a common standard protocol to achieve national and global peace by abhorring all forms of armed conflicts and supporting all unification efforts, as well as educating about the core values of respect, love, and understanding.