Female Leaders of the World, Find the Role of Women for Peace in the Korean Peninsula and World Peace 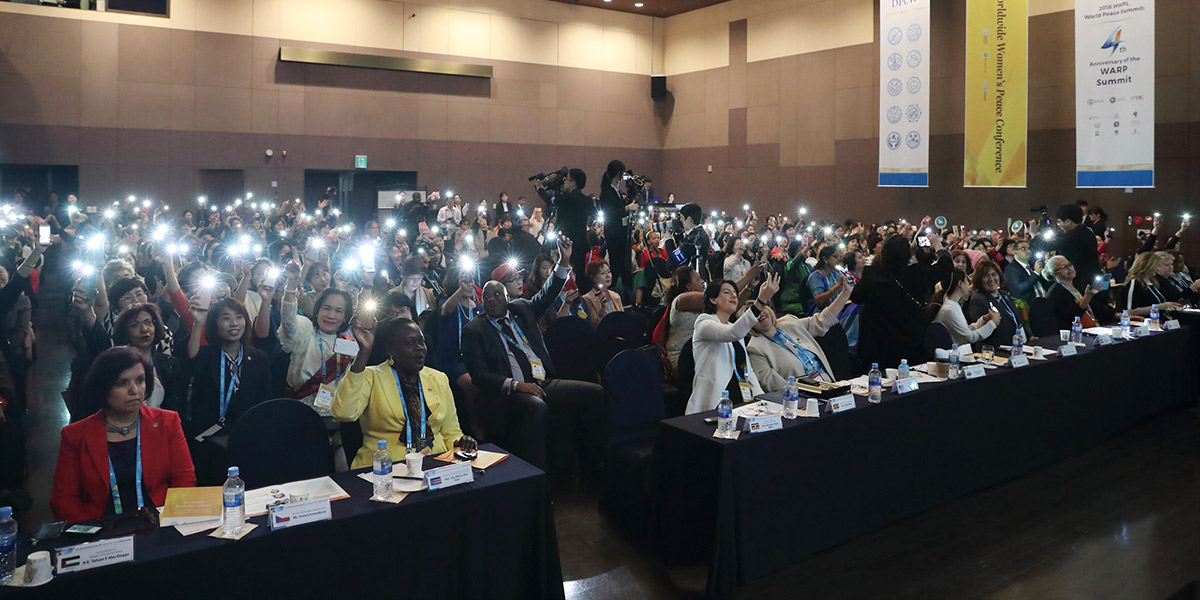 In the conference themed, ‘The Role of Women to Realize Peace in the Korean Peninsula and World Peace’’, Dr. Rosalia Arteaga Serrano, Former President of Ecuador, Dr. Tatjana Josipović, Former First Lady of Croatia, Ms. Lindita Adem, Professor at the State University of Tetovo in Macedonia, current and former heads of state and First Ladies, ministers, members of the National Assembly, and 380 female leaders, including high level guests from South Korea, participated and put their heads together to find practical solutions and plans for peace. 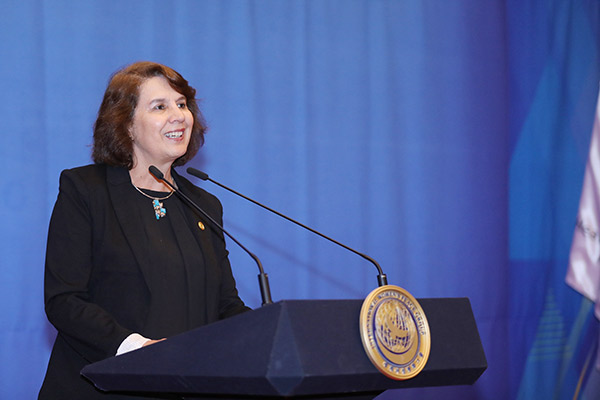 All 3.7 billion women in the world need to come together and unite with IWPG to support and advocate the Declaration of Peace and Cessation of War (DPCW) because the issues of refugees from war, terrorism, and internal conflicts have not been resolved. In this conference, there was a unanimous voice for the need to spread the activities of women for peace, as well as to spread the culture of peace.

Dr. Rosalia Arteaga Serrano, Former President of Ecuador, delivered her congratulatory message stating, “A comprehensive vision of what the planet is, is a fundamental player when it comes to finding solutions and contributing to the balance being restored and for peace to prevail. The time has come when, not only is it necessary for everyone to find solutions, but also for their leadership to be taken into account so that we can build a better, more equitable and more just society.”

For the 3.7 billion women in the world to come together to strengthen the human rights of women through women’s peace education, MOUs with major schools and organizations were signed to spread this project for peace. On this day, an MOU for “IWPG Women’s Peace Education” was signed with the Yinthway Foundation in Myanmar, YCH Chiu Tsang Hok Wan Primary School in Hong Kong, Satri Wat Absornsawan School in Thailand, and Ala-ud-Din Academy Girls’ High School in Pakistan. This was an occasion to establish the first steps towards bearing fruit for peace education, which is one of the main projects of IWPG. 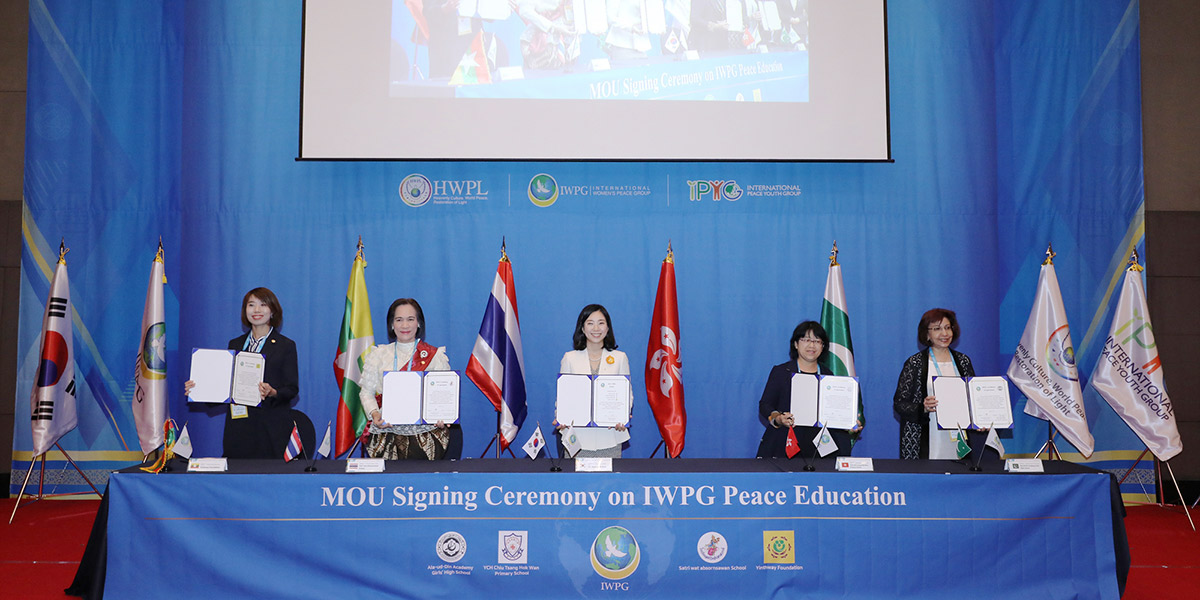 IWPG International Women’s Peace Conference began with the foundation ceremony of the IWPG First Ladies Peace Network. If all First Ladies, who represent the women of different nations, become one to realize peace, world peace will be established even sooner. As female leaders who love their country and citizens, the First Ladies gathered together to take the first steps to cooperate and realize peace. This is now expected to become a major source of help to maximize the participation of the 3.7 billion women worldwide.

The Role of Women for Realizing World Peace 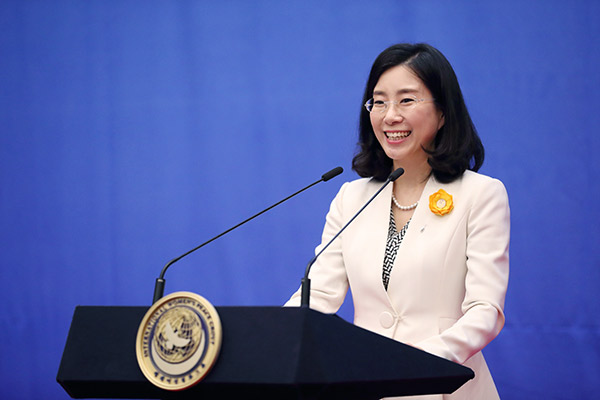 Ms. Hyun Sook Yoon, IWPG Chairwoman, talked about the role of women in realizing peace in the Korean Peninsula and the world. “Motherhood of women is a strong force and answer to peace that will protect youth from the frontlines of war and lead humanity into a world of peace. The “10 Million Signature Campaign for Urging for a Peace Agreement for the Cessation of War on the Korean Peninsula”, based upon the Declaration of Unification declared by Chairman Man Hee Lee of HWPL 8 years ago, was held. The desire of the world for the cessation of war on the Korean peninsula has been encapsulated in the Declaration of Unification.”

She then drove her point home by saying, “The DPCW’s 10 articles and 38 clauses, proposed by HWPL, is a groundbreaking and substantial measure to fundamentally address the causes of war, terrorism and conflict. Please join and lend your strength so that this law for peace can be passed in the UN. I first have to know this declaration of peace. I must inform my neighbors and let the nations and the presidents know and participate,” encouraging the audience that they have to be fully knowledgeable about the DPCW to be able to make their neighbors, leaders, and presidents understand and give their support. 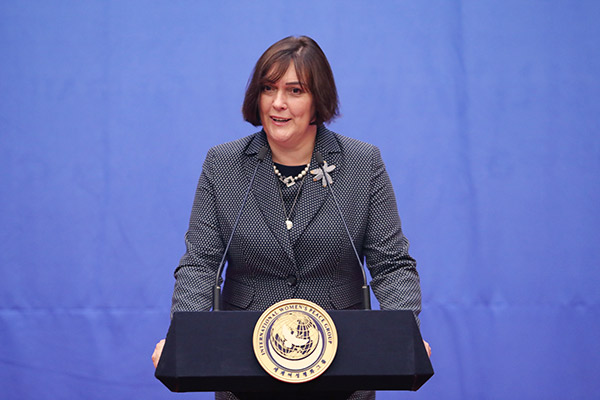 Tatjana Josipovi, Former First Lady of Croatia, said “I also experienced war in my country, Croatia. I was able to see how much war destroys, gives suffering, and affects culture and economics. Leaders who decide on war must realize the horrific result of war and conclude to eternally give up on war. This is the reason I am strongly supporting the peace declaration and the cessation of war.

Therefore, I believe that the articles of the DPCW should not be there for solely moral reasons but must change into a legally binding instruction for all leaders of the world. The DPCW, the longing of those (HWPL) for peace, must be accepted into the UN and applied strictly.”

She raised her voice about the role of the world’s women in achieving world peace. “Women, especially leaders in politics, but also in other creative fields of activities, can contribute to the implementation of peace and influence other women and men to advocate for the DPCW to become a legally binding instrument. Their voice must be heard from political institutions, the art scene, sport fields, from classrooms and from the media to warn humanity that we must do everything to stop wars and violence once and forever.” 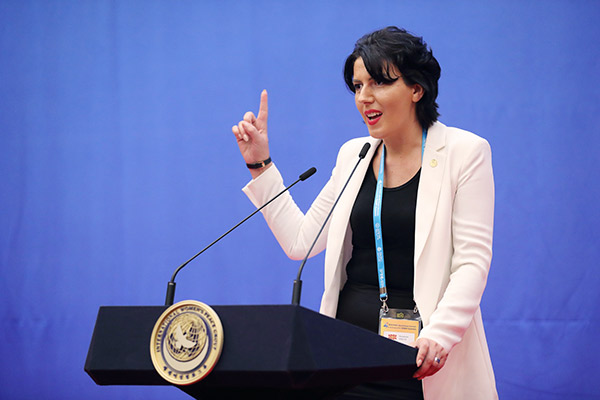 Ms. Lindita Adem, Professor at the State University of Tetovo at Macedonia, shared her experience of participating in the 10 million Signature Campaign for Urging for a Peace Agreement for the Cessation of War on the Korean Peninsula. “I want to share about the activity of the signature campaign. I remember one of the people who hesitated to sign asked me how much we are paid to be part of this signature campaign. Then I smiled and asked him: ‘How much would you pay for your freedom if you were in prison or war?’ He said: ‘Yeah …I would give my life, just for my children to be free and live in peace! There is no price for Peace!’”

She then added, “I realized that the voice of one woman is weak but the voice of the 3.7 billion women and their children is hard to ignore. HWPL’s DPCW that IWPG supports is so important that it cannot just remain still. After knowing its worth and after knowing the weakness of current international laws, I had to let my neighbors and friends know. I was captivated by the supporting of this Declaration for the change in the government to prevent and cease war with the strength of women,” emphasizing the importance of changes in our awareness and actions towards peace.

Lastly, Chairman Lee of HWPL gave a special request to those in attendance stating, “The strength of one person, is only that one person’s strength. But if we come together for this work of peace, then it will become a great power. Everyone woman living in the global village should become one through the common objective and shout together with a common voice. You should write letters to former and current presidents. We need to write not only to our president but to those all over the world.” 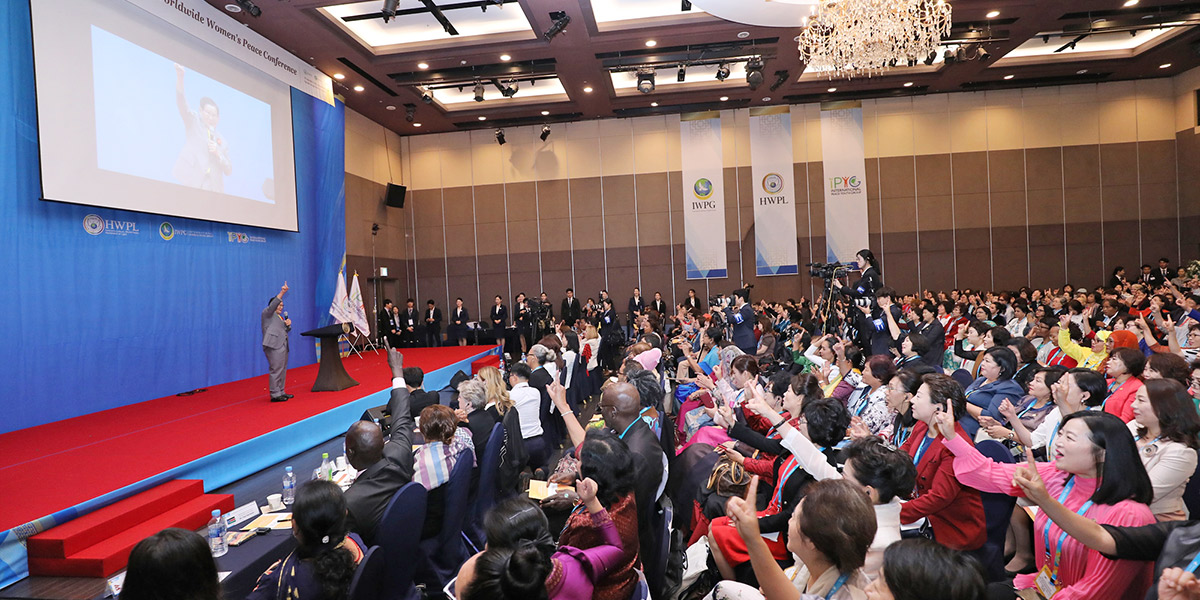 He then continued, “Also you should tell not only the people of your own countries but the people from other countries as well about the method of becoming one together with the women of the IWPG. Two is more powerful than one, but if there are many it will never be broken. Since the goal is peace, nothing is more precious and important than the work of making the world of peace that can be left as a legacy for future generations. I believe in the women’s group and the youth group.” After finishing, he shouted “We are one”, urging all participants to become one.