Around 260 religious leaders, representing Islam, Christianity, Sikhism, Hinduism and Buddhism from 40 countries, gathered at the ‘4th International Religious Leaders Conference’ held on September 19th under the theme of ‘Spreading the Culture of Seeking a Trustworthy Scripture to Realize the Era of Peace’. 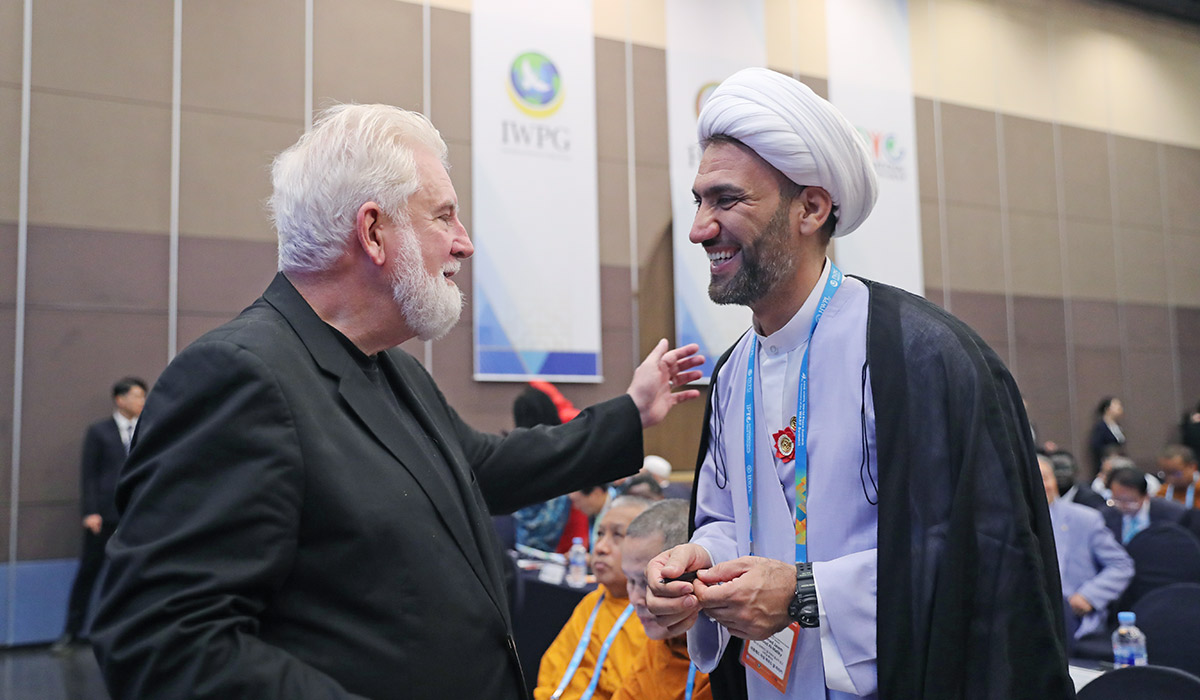 This year’s discussion focused particularly on the issues of religious freedom, coercive conversion, and garnering support for the opposition to human rights violations, which made the time all the more meaningful. There are currently 218 HWPL WARP offices operating in 126 countries and over the past year they have been working towards the alliance of religions through the comparison of scriptures, as well as conducting a joint campaign against coercive conversion for the protection of religious freedom. During the conference, religious leaders from each country explained the current reality of human rights violations and atrocities caused by their respective religions and expressed their willingness to solve the problem by becoming one and working together.

The 3rd International Religious Leaders Conference held last year showed that the comparison of scriptures was a practical answer that would bring about peace among religions. One year later, at this year’s meeting, religious leaders came up with a plan to write a book of ‘Results of the Work of Finding a Trustworthy Scripture”. They also worked to create solutions for the current situations within the Republic of Korea and Nigeria, both of which are suffering from religious extremism and the suppression of religious freedom. 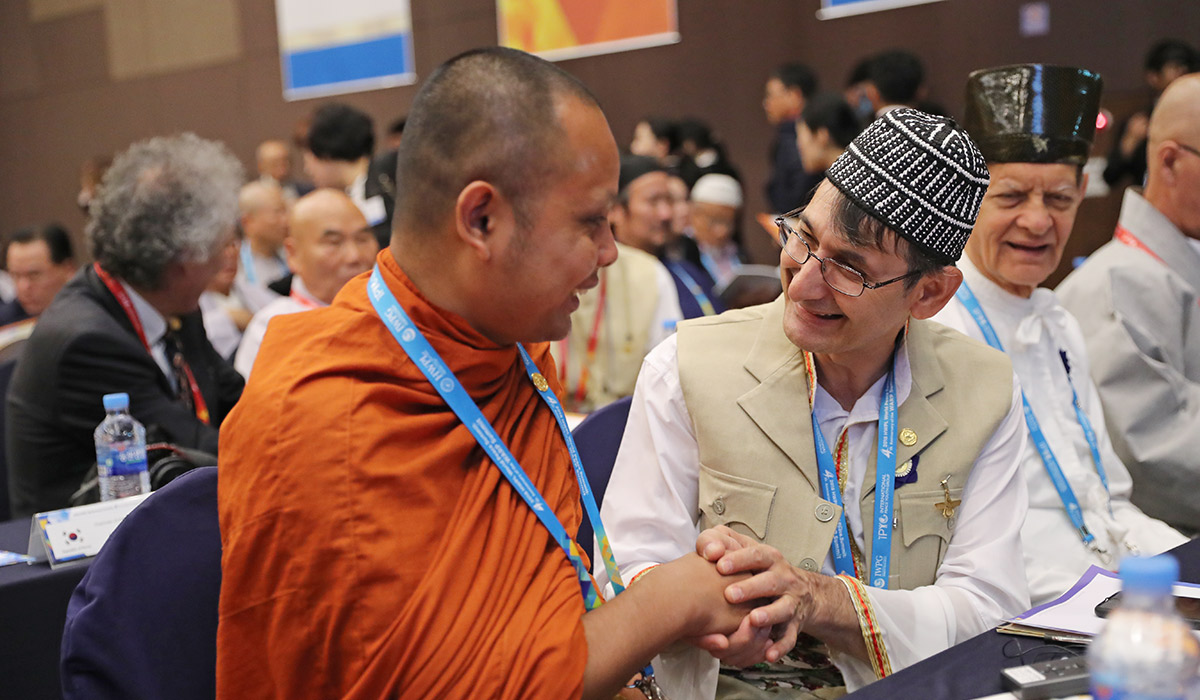 Tharwat Gaid Salama Gaballa, President of Horus Foundation for Training and Development, who works with the International Peace Youth Group (IPYG) as the head of a youth organization said “We should support the WARP office discussions, as it is the significant link and the great network for the worldwide religious institutions. The WARP office has come to show the cooperation and solidarity of all religious leaders and send the message of tolerance, peace and unity to all people around the world.”

He also shared his experiences with denominational conflict and religious discrimination. “The religious world is filled with conflicts due to intolerance and lack of dialogue among the clergy and the leaders. Selfishness, lack of acceptance of the other and the absence of a culture of tolerance and human values have made the communication even more difficult.” To resolve this, he stressed that finding a trustworthy scripture is the answer to peace. 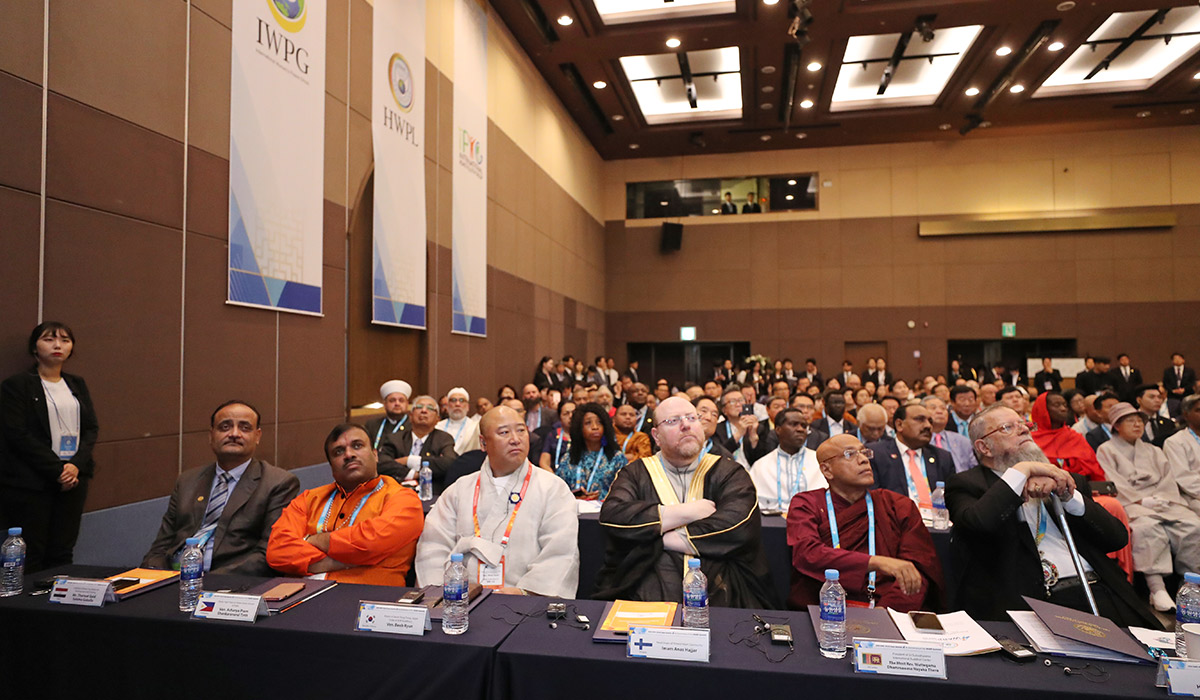 Ven. Acharya Prem Shankaranand Tirth, Hindu High Priest of Shree Geeta Ashram of Delhi, said “We are spiritual leaders. It is our role to lead our saints to the right places. But as religious people of the same faith, should there be a multitude of such anti-peace sentiment and actions? Religious leaders who should communicate the will of God are doing harm to others. Because this practice is against the spirit of religion, we should not just sit by and watch, but we should go out and clean it together. As religious leaders, we should restore the values of religion and the spirit of peace to lead the saints correctly.”

Beob Ryun, The Chief Priest of Geum Dang Temple, Jogye Order of Korean Buddhism, gave a presentation under the theme of ‘Religious Freedom and the Realization of the Era of Peace’ stating, “Religious leaders must first take the lead in order to achieve peace and the peaceful unification of the Korean Peninsula, which is their final mission. A religious leader established by heaven should think about all mankind in the world rather than focusing on their own self-interest, and they should practice peace.” He urged religious leaders to unite in order to stop the forces that work against peace and oppress religious freedom in each country.

Religious leaders expressed their sincere desire for all religions to be united and do the work of peace in harmony. They suggested measures to prevent further damage, saying they should strive to achieve peace in each country and never persecute or hurt others in the name of religion. 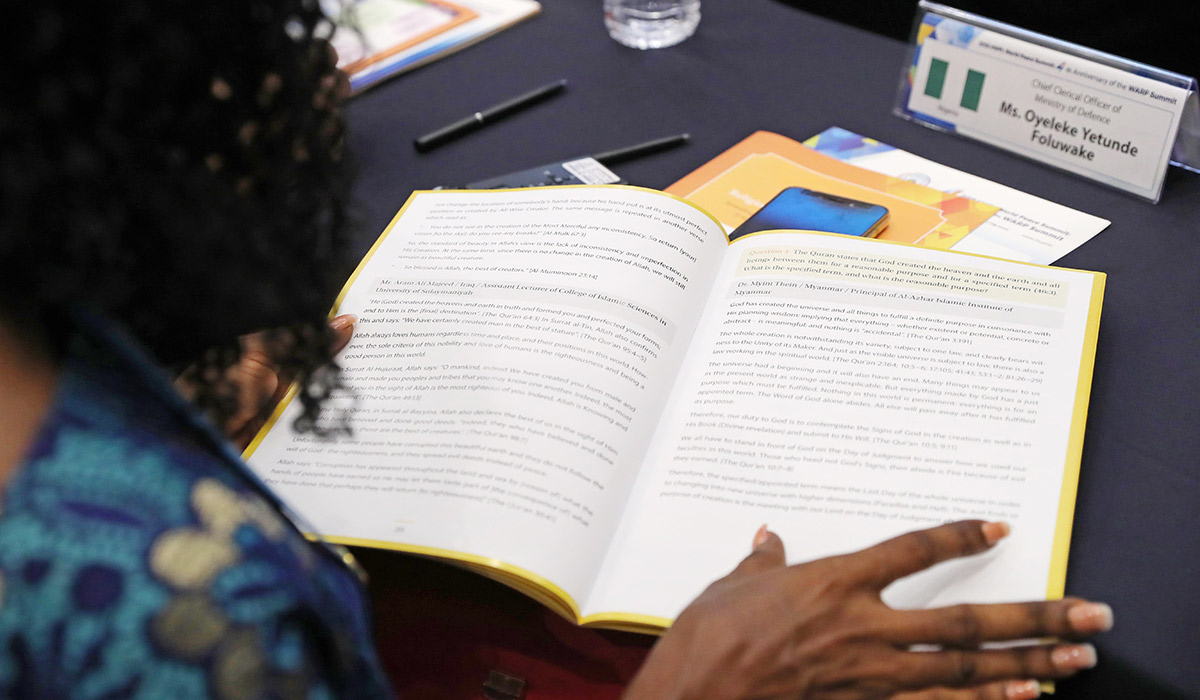 The Most Rev. Wattegama Dhammawasa Nayaka Thero, President of Sri Subodharama International Buddhist Center, proclaimed, “Each of us has to rise above our own self-interest and think and act as members of one global community. We need to be open minded and not be locked into a narrow view, but rather grasp the ability to be become independent thinkers.”

The keynote speech of HWPL’s Chairman Man Hee Lee followed the presentations. He announced about the critical importance of finding a trustworthy scripture and the duty of religious leaders. “I plea to all religious leaders here today. We must do the work assigned to us. We must hold hands together, correcting the things that are not in the right place. Let’s make a new era by clearing out the old, which is as dark as night. Instead of saying that my religion is important, let’s take a look and compare all the texts and become one under the scripture with solid evidence.” 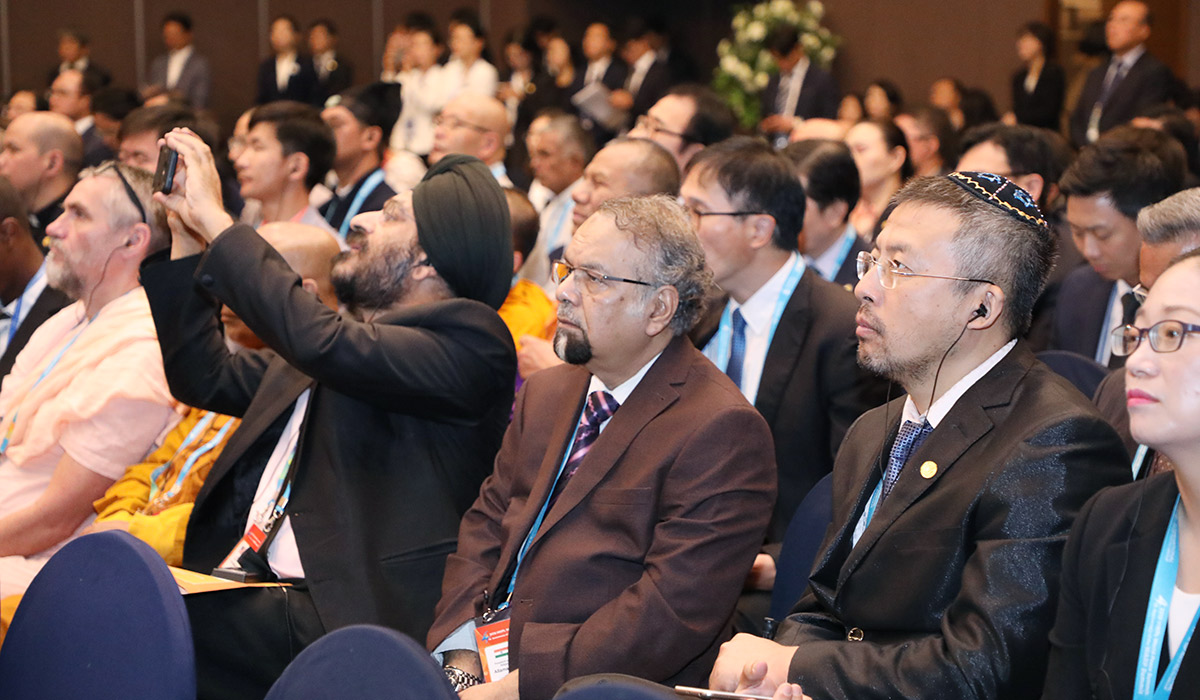 Religious leaders who attended this conference pledged to find the truth and carry out a religious peace project for spreading the culture of seeking a trustworthy scripture. In addition, High-Level religious leaders with the Alliance of Religions’ Peace Committee have vowed to participate in and further discuss about the search for a trustworthy scripture, as well as provide directions for such work.

In the 4th International Religious Leaders Conference, 260 religious leaders from South Korea and around the world came together to lead the mission for the realization of peace and discuss ways to finally put an end to the issue of religious extremism. Religious scriptures do not reject other religions but teach the values of harmony and practicing good within society. If religious leaders who teach peace actively communicate these noble and important messages and earnestly work in the HWPL WARP Offices, then we can expect the day of peace and harmony to come soon. At that time religious conflict will finally come to an end and people will no longer suffer due to differences in religious ideology or religious extremism.