On April 25 and May 9, 40 people of the Christian Youth of Bangladesh and Human Rights Participation Coalition who are members of IPYG (International Peace Youth Group) affiliated with HWPL (Heavenly Culture, World Peace, Restoration of Light / International NGO) held the ‘Eco-Plogging’ event twice as a challenge activity to solve environmental problems in Dhaka  and Dhakhinkhan regions. Plogging is a compound word between ‘plocka upp (in Swedish),’ which means “picking up grains” and jogging (in English). It refers to the activity of picking up trash while jogging. 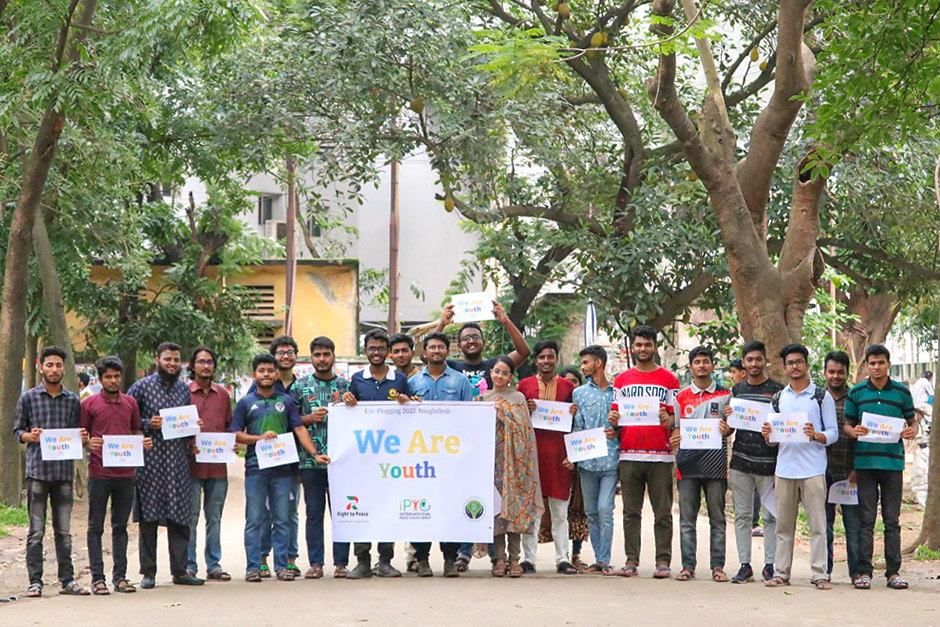 Recently, a British daily newspaper published a picture of Bangladeshi sanitation workers wearing plastic hats without any personal protective equipment swimming in a river of the Sabar region, where garbage piles up to their necks. As such, not only foreign media but also Bangladeshi citizens are interested in environmental issues in Bangladesh, and the awareness of the local people has increased over the past 10 years. That is why the young people directly participated in this campaign as a part of an environmental clean-up movement.

Mr. Samuel Biswas who participated in the event said, “I hope that the small movements of young people in Bangladesh will help solve environmental problems, even a little.”

Mr. Alfred, president of the Christian Youth of Bangladesh who confirmed the seriousness of the community’s waste discharge through this eco-plogging event, said, “I look forward to actively promoting the environmental clean-up movement created by students in the future.”

On the day of the event, Mr. Shah Tasadeque Ali Khan, Secretary General of Human Rights Participation Coalition, who signed an MOU with IPYG, said, “In order to continue the sustainable campaign, we need more young people to actively engage in activities and the interest of local people.” Referring to the program for guaranteeing the right to education for students, he expressed his aspirations, saying, “Through this Partnership, I want to participate in one of IPYG’s major projects, Youth Empowerment Peace Workshop for protecting youth sovereignty.”

According to IPYG, the plogging campaign will be run as a regular eco-plogging with various stakeholders such as civil society activists, women’s groups, and religious people including youth groups and Participatory Human Rights Advancement Society (PHRAS) in the future. Therefore, IPYG members will discover additional agendas for community development.