Kenneth Harbert Young is a member of the International Law Division of the Seoul Gyeonggi East Branch who received the Achievement Award during HWPL’s World Peace Summit last year.

After attending HWPL’s World Peace Summit for 2 years, Kenneth H Young CD worked hard, contacting both Federal and Provincial members of Parliament in Canada and was even able to persuade the leader of the Federal Green Party to join HWPL. He made a speech proposing that all citizens of Nanaimo, Canada, including the city mayor, unite together to make Nanaimo as the first city in Canada to endorse and actively support the DPCW. He has dedicated his time and efforts into becoming a peace messenger who works to make Nanaimo a city of peace by forming a sister relationship with a city in Korea. 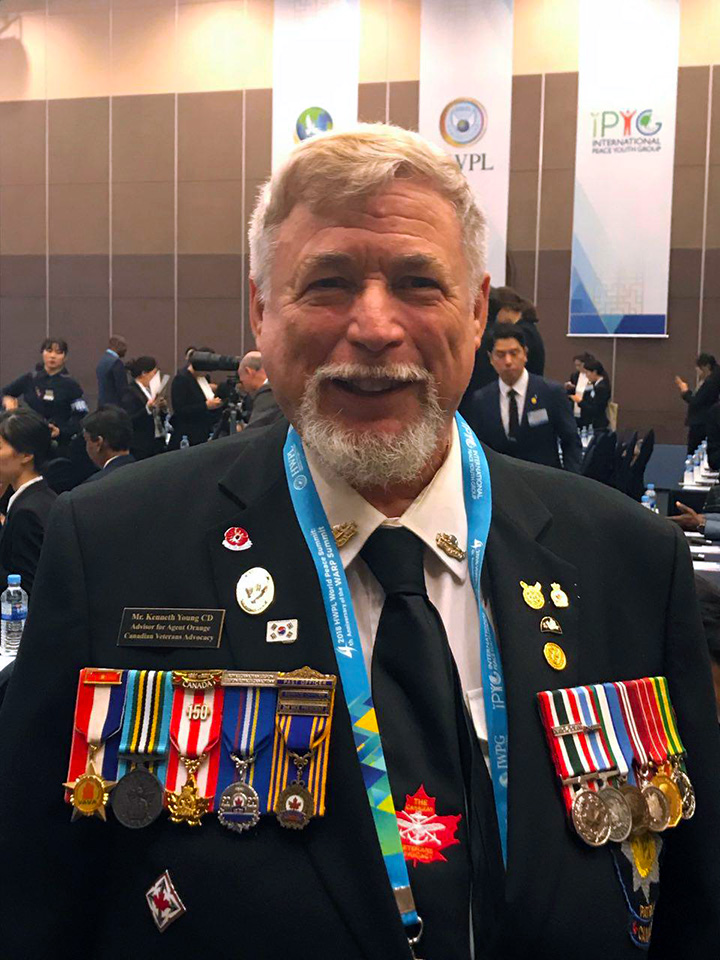 Q1) Can you please introduce about yourself?

Hello Fellow Peace Messengers. My Name is Kenneth H Young CD. I am Canadian and served as a Canadian Soldier for over 12 years. Currently, I am a Service Officer in the Royal Canadian Legion and the Chemical defoliant advisor for the Canadian Veterans Advocacy. I am now 70 years old.

I have been invited to Vietnam twice to speak at International world conferences regarding the subject of Agent Orange. I have been to Okinawa, Japan twice to give presentations at Okinawan Christian University on the subject of the Politics of Poisons, and was a guest instructor aboard Peaceboat Number 77.

I have also been very active with the “March against Monsanto Vancouver’. However, most notably, for the past two years I have been proudly working for the realization of world peace through the DPCW together with HWPL.

Q2) What was your motivation to work as an HWPL member?

This is an easy question. There are many things really, but there are three reasons that motivated me which stand out more than the rest. First, I work for world peace and HWPL because I believe that Chairman Man Hee Lee has the correct values and answers. I have three wonderful grandchildren, well 5 if you count the two Korean granddaughters that I have sort of adopted from my good friends, and they all deserve world peace.

Please don’t misunderstand. I believe that here are many hard-working and wonderful volunteers in HWPL and IWPG, but IPYG truly inspired me. It was with pure pleasure and total joy that I was able to witness how IPYG was not only active in their work for peace, but that they have gathered unbelievable numbers of youth in support of their campaigns. 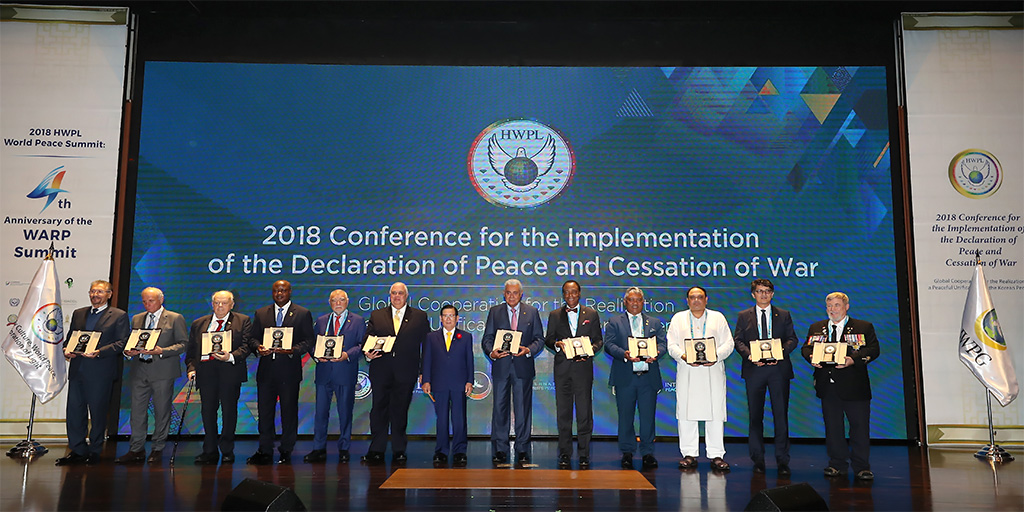 Q3) What was your position and the situation surrounding yourself when you were in war?

It seems that everyone keeps asking this question. I was never in a war, or at least not as a participant for one side or the other. I was a UN Peacekeeping Soldier stationed in Cyprus during a time of conflict, which has been labeled by some as a war. I was standing between two fighting factions, trying to prevent the situation from escalating to an all-out war. It is not as safe as it sounds, however.

We didn’t have much ammo and were never allowed to have our weapons loaded. During that time I visited many Middle Eastern Countries who, for the most part, were also at war or in some sort of conflict. Upon returning to Canada I was sent to Germany as a cannon fodder for the Cold War for almost four years.

When I did get back to Canada, however, I became very sick, which I believe was the result of exposure to Chemical Defoliants used at CFB Gagetown. You see, at that time, Canada was testing most of the chemicals which were used in the Vietnam war. So, as you can see, even if you are not at war, the war can still affect you. If the world has a nuclear war, many innocent people will die a very painful death thousands of miles away from the battlefield.

Q4) What do you think about the relationship between war and the environment?

The military on its own is a large polluter in this world, and because of the reconstruction of infrastructure and buildings after a war, I would dare say that war doubles the pollution that the military brings. I believe it to be very close to 50% of all pollution in the world and a major reason why all warring countries had it taken out of the Kyoto protocol before signing.

Q5) Please provide your message to young people in this generation.

War isn’t just about fighting and soldiers, it is also about the pain and suffering of the civilians, the loss of property and belongings and the total disruption of education, medical health care, food, fuel and more. It causes a total disruption in everything you have come to cherish and expect in life. War is truly hell on Earth.

People are still dying every year due to exploding mines in France that have been left behind from WWII. Thousands in Vietnam are still suffering from cancer caused by Agent Orange, which was used there during the war, and close to five hundred thousand Vietnamese have first, second and third generation birth defects because of the chemicals used to defoliate the trees.

Many of the stories are not fit for people to hear. Many are so horrific that people can’t bring themselves to believe them and it is probably better that way because often telling the stories brings soldiers right back to the war they are so desperately trying to forget. Besides, even when the full story of the rapes, murders, torture, babies on the ends of bayonets, hatred and the total inhumanity of war is told, people do not respond with understanding. In fact, many people only learn to hate after listening.

I agree that the youth of the world need guidance, especially because war mongers are still releasing war movies, books and electronic games on every computer, iPhone and iPad which make war seem fun and easy. I believe that this is being done to desensitize our youth to killing, bombing, and war in general.

Q6) Is there something you want to let the youth know as a war veteran and as one who actively promotes HWPL’s work for peace?

World peace is the only answer. The end of war, I believe, will also cut world pollution almost in half and will further allow the proper distribution of food, water and medical care.

Our job is to change the minds and hearts of individuals falling into category 3 through education and truth. You can win, you must win and if you keep trying you will win…. Peace. We Are One!

As a member of HWPL, and with the heart of a grandfather who wants to hand over peace to his later heritage, he shared his plans to work for Peace Education together with IPYG and HWPL.

“I am now working on achieving some sort of Peace Academy here in Canada with regards to Summer Camps, and trying to get some people of national importance to come to the next WARP Summit, which we hope will have Canadian and Korean Media coverage. “